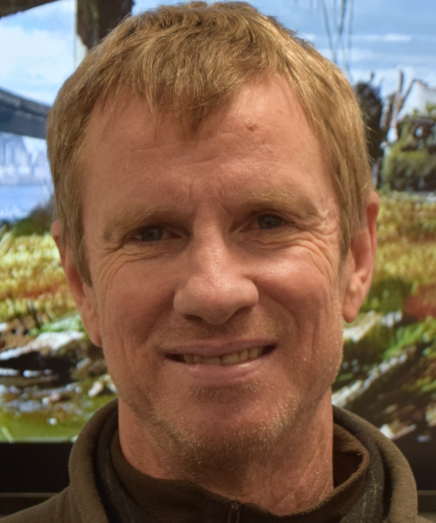 Patrick Crogan is Associate Professor of Digital Cultures at UWE Bristol where he teaches and researches in media, technology and culture. Originally from Australia, he completed a doctorate at the University of Sydney and taught at a number of institutions in Australia before coming to the UK.

He has worked at UWE Bristol since 2008, where he supports the Media Communications degree programme. He is also a founding member of UWE Bristol’s Digital Cultures Research Centre, a collaborative network focussing on practical approaches to responsible technological futures.

Patrick’s work specifically highlights the link between digital media making and theory. He works in both conventional ‘academic’ and practice-based modes, working with creative makers, an approach that he says keeps him “’fresh’ and ‘honest’”.

Patrick was one of the UWE Bristol-led, AHRC-funded South West Creative Technology Network’s Automation Fellows in 2019-2020. He worked with other Fellows on the future of creative uses of AI and automation. Before that, Patrick was co-investigator on the AHRC Automation Anxiety Research Network (2017-18) which explored innovative methods by which the humanities might address contemporary cultural anxiety about new forms of automation.  He also works on military drone developments and the future of AI and automation in military and civilian circles. In addition to this, he is a collaborator and research lead on the I am Echoborg​ project. Led by colleague and interactive experience designer, Rik Lander, this interactive show challenges the audience to discover the best possible outcome for the relationship between humans and intelligent machines.

Patrick’s 2011 book Gameplay Mode critically examines what videogames can tell us about the relations between war and computer-based technoculture.

Patrick’s work is strongly influenced by Bernard Stiegler, a French technology and media philosopher who argued that individuals and society as a whole are increasingly shaped by algorithms and automated systems, driven by economic rather than human interests.

Patrick has written several pieces on Stiegler’s work’s relevance to film, media and digital cultural theory and translated some of his writings into English. He also guest edited a special issue of the journal Cultural Politics on Stiegler. He is currently working on a book about the philosopher’s relevance to digital media and cultural studies.