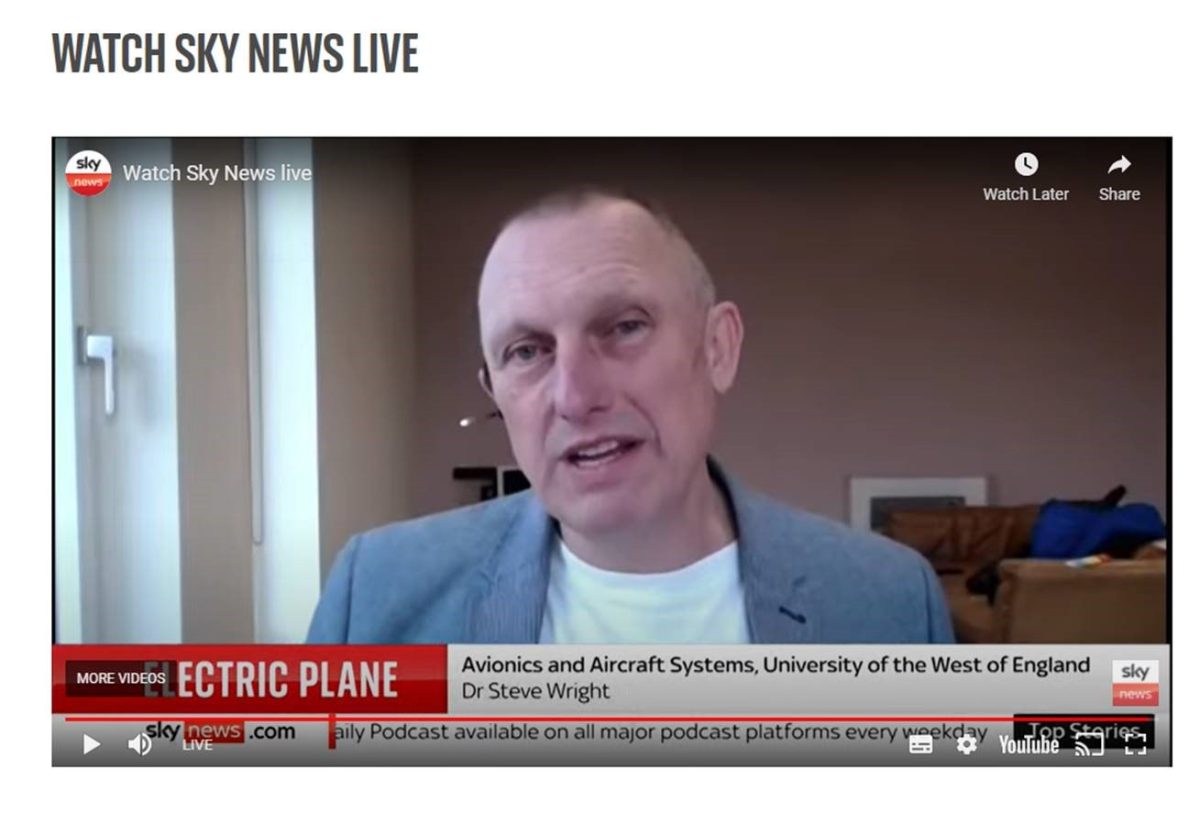 Steve Wright is a senior research fellow in avionics and aircraft systems at UWE, and he’s often approached by the media to provide an informed and balanced perspective on the plethora of flight innovation reports.

Want to get a feel for the future of flight?

Have a scroll down a short selection of Steve’s quotes from media coverage on new breakthroughs.

In WIRED on sports car drones

“We’ve been rolling around in hilarity at how impossible that drone is to make work like they claim,” said Steve. “The wretched thing is, I really, really want it to work. I want a sports car to launch a drone that chases me down the road. I am just frustrated that I can’t have one yet.”

Steve outlined the physical and engineering challenges that Polestar’s concept seems to have missed, read more at WIRED.

On the BBC about flying cars

A flying car was issued a certificate of airworthiness in Slovakia, and Steve told the BBC that this made him “cautiously optimistic that I am going to see a few AirCars one day – but I think there is still a way to go”.

Although he’s unsure about the mass appeal flying cars may have. “Are flying cars the future? Yes… and no,” he said. “The personal-transport revolution is definitely coming but not really looking like this.”

More of this article can be found on the BBC.

In Business Live on the future of air travel

“I have worked in aerospace for 30 years and in that time I have not witnessed anything like the revolution I have seen in the industry in the last five years,” he told BusinessLive . “It’s bonkers.”

He says the sector is driving towards decarbonising aviation and electric planes, but the new technologies being developed will take some time before they are commercialised.

Read the full article on Business Live to hear more of Steve’s take on the realities of sustainable flight.

You might also have noticed Steve commenting on electric General Aviation flights starting up in the UK, on Sky News. And he also featured in a Channel 5 documentary – 10 Mistakes: 737 Max.

It’s great to have Steve’s to shed some light on these lofty topics!