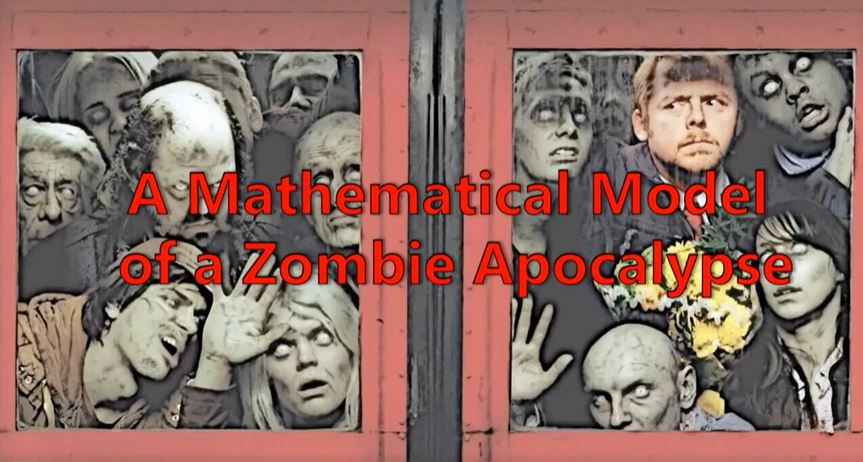 Suppose there was a Zombie outbreak? How confident would you be to predict what would happen?

Well lucky for us, Emily Walsh Senior Lecturer in Mathematics at UWE, has created a new BoxEd school outreach activity, a mathematical model of a zombie apocalypse.

This engaging activity allows students to work through the maths behind infectious disease modelling, using a combination of mini lectures, tasks and guided solutions.

The BoxEd forms part of a new series of online outreach activities made available to schools during the pandemic and features an extension activity and short film created by Foundation BSc Maths student Michael.

Michael’s video has been a huge success with over 300 views so far. To celebrate his hard work he was nominated to receive a signed copy of Fermat’s Last Theorem by science writer and co-founder of the Undergraduates Ambassador Scheme (UAS), Simon Singh.

The UAS encourage undergraduates to go into schools as part of their degree, in order to learn valuable skills, act as role models, build links between universities and schools, and contribute to widening participation.

As Michael points out in his video, whilst this activity has a little fun with zombie fiction, the mathematical model explored mimics those used in real life. Such models provide a valuable tool in understanding the mechanisms and patterns of disease transmission, including that of COVID_19.

Hopefully by engaging with this activity and Michael’s video, more young people will see the real world applications of what they are learning in school and the impact they could have as the future generation of mathematicians.

Mathematicians have and always will influence society in huge ways, as the next generation of mathematicians you will too, it’s never too early to start thinking about how you can change the world.