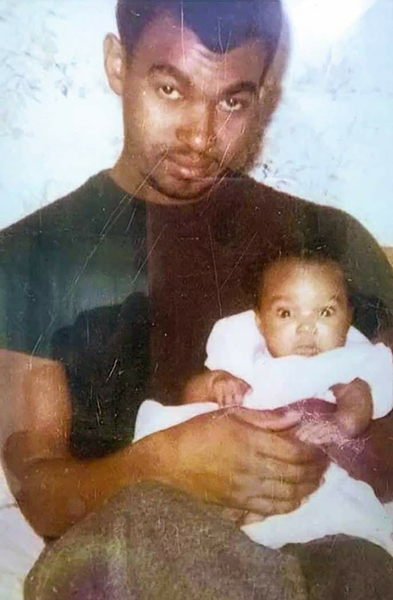 Her strong sense of civic duty and her commitment to unlocking the agency of Bristol’s BAME communities is driven by her life experiences.

The daughter of Jamaican parents, Winston and Patricia Johnson, Carole was born in the UK.

Her parents moved here from Jamaica separately to London and Birmingham, in 1959 and 1961 respectively. They were full of hope, based on the promise of a ‘better’ future. But her parents, with others in their generation, subsequently felt bitterly let down by the British government.

Carole’s family moved to Bristol in 1976 and she attended St George’s Secondary School until 1982, before qualifying both as a teacher and social worker at UWE Bristol. She now lives in East Bristol. As a first-generation mother of two primary-aged children, she’s keenly aware of the inequalities still in existence in the city.

“My vision is to lay foundations which create a climate of perennial change that positively impacts future generations. I’m passionate about readdressing the current societal imbalances in our city, so our children can inherit a world of increased and increasing equity and equal life chances.”

Dedicated to supporting her community

She is proud to have been Deputy Lord Mayor of Bristol City Council this year, only the third woman of Caribbean descent since 1899, and an elected local councillor for Ashley Ward in Bristol (2016 – 2021). Her duties extended to serve also as Deputy Cabinet Minister for Communities, Equalities and Public Health.

As Magistrate, she presides over 621 Magistrates as Deputy Bench Chairman for Avon and Somerset, the first of BAME descent in the region. This year, Carole founded the first Magistrates Black Asian and Ethnic Minority and Allies Support Group.

Following the Windrush scandal in which British Citizens with Caribbean backgrounds were threatened with deportation, a new working group was set up to address the challenges faced by the Windrush generation.

In 2020 Carole was appointed as one of 41 Windrush Ambassadors tasked with raising awareness of the Windrush Compensation Scheme. The collective work of the group received praise from the Home Office as huge progress was made, notably the lowest compensation award was raised from £250 to £10,000.

It was in light of all of this work and her leadership in BAME communities that Carole was asked to share both her personal and professional experience with the UWE Bristol community through the Windrush Generation project. The project has explored, celebrated and documented the contribution of the Windrush generation in Bristol, British societies and across the African Diaspora.

Since both of her parents are now deceased, Carole’s commitment to telling the story of their lived experience is even stronger. For Carole it’s a matter of legacy and it’s of incredible historical importance that their whole lives are remembered and recorded correctly for future generations.

“The best thing about the Windrush Generations project has been having the opportunity to share the Windrush Experience cross generationally. This supports the legacy and provides a vehicle for the truth of their stories to be told.”

Learn more about the project and watch films of the online workshops on the Windrush Generation project webpages.