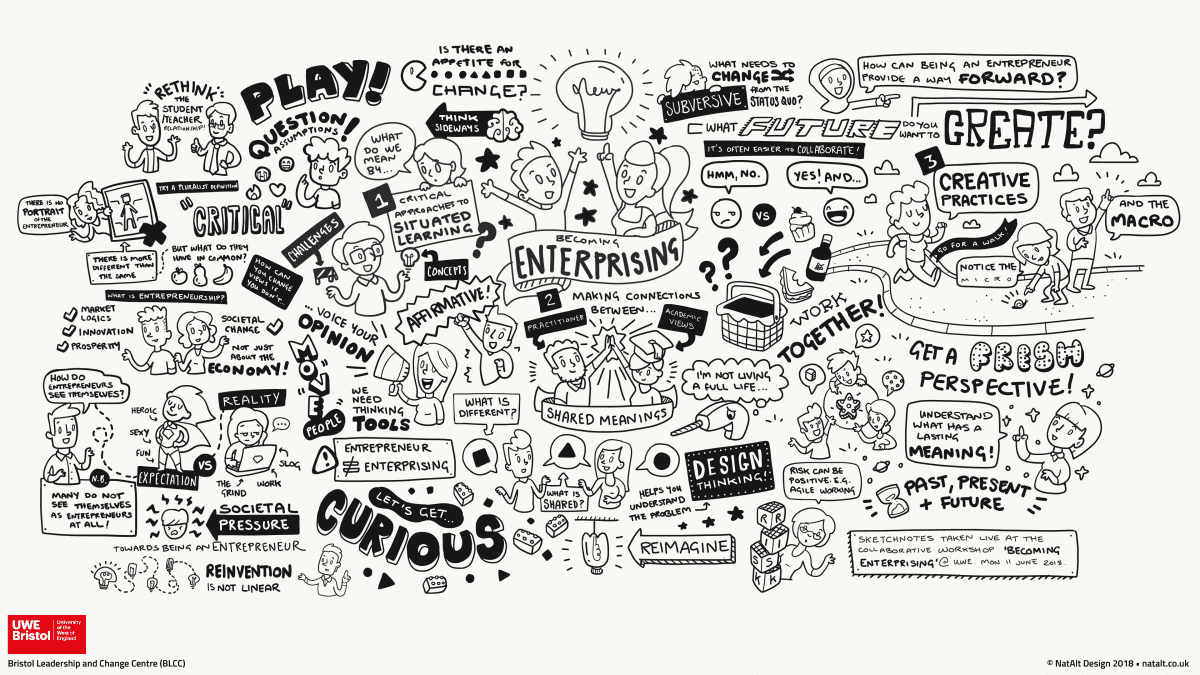 ” … what does it mean to reflect upon a position, a relation, a place related to other places but with no place of its own – a position in-between?” Elizabeth Grosz 2001.

I write as I am coming to an end of the Wandering about Bristol project and pause to reflect on the recent workshop, where we screened a film to the participants who filmed videos of wanders in Bristol (view film here). As such, the film draws upon participant videos capturing – How to navigate a “green” city? – and wandering opens up opportunities for using research to actively participate in, and render visible, spaces of in-between-ness which defy some of the official narrative introduced by the Green Capital 2015 initiative. In the wanders, the one narrative of the ‘green’ city is broken up by the street and the official voice and imagery is replaced with the sound of conversation partners. Representatives included those from the Bristol 2015 Co., who created the imagery and those who delivered projects as part of Bristol 2015 European Green capital initiative, local government, Sustrans, consultants, architects, landscape architects, Artists and those creating skate parks. The three wanders, 2015-2017, were co-created with practitioners, as they held the videos (please see links below to the wanders). Moreover, each of the wanders and the workshop were created from conversations with and listening to practitioners over coffee and cake or breakfast, sometimes walking and conversations ending up at the pub over a pint. However, when it came to writing up, each practitioner – research partner – was clear; none wanted any part of that experience. That role was (mostly) mine, with my working up drafts sent back and forth between me in Bristol and my co-writer Pascal Dey, whilst he was in Zurich and/or Grenoble. It is this part thinking/writing up space of which I speak.

In writing up, I am drawn to Steyaert’s (2011) thoughts of ‘movement and being moved’, as I too feel the moving and moving images, raise questions and reveal varied perspectives of spaces. On the one hand, the official imagination of Bristol as a ‘European Green Capital’ city and, on the other, the availability of alternatives to it. From the above citation, Grosz (2001) argues for openness to questioning perceptions and that the metaphor of ‘in-between’ offers a space from thinking solely in terms of binaries and dualisms. Where Grosz’s comment speaks of place, I am interested in Henri Lefebvre’ triad of space; it is her thinking of in-between-ness which has stayed with me. In a similar manner following Hjorth’s (2005, p.395) thoughts of ‘stepping in to the in-between’, I like the notion of transition and of the unexpected – Neither one thing nor the other but an-other space. The metaphor of in-between-ness offers such a space for transitions, the space of crossing a line, and new interpretations, a space for juxtaposing notions. In this particular instance, I am interested in juxtaposing how urban space might be thought about and how people move in-between ideas about Bristol as a ‘green’ city, what Lefebvre termed ‘official’ space and what they do in their everyday practices: Lefebvre’s ‘lived’ space. As Rajchman (2001, p.17 cited by Massey, 2005, p.159) posed ‘What kind of lines of flights of thought take off when we start to depart from ways we have been determined to be towards something other, we are not yet quite sure what…’. This last part is crucial in that wandering and the use of moving imagery is well suited to transcending dichotomies and communicating ideas that are complex and address plurality. And, though the thinking of the ‘other’ sits well with writers of critical writing of management and/or organisation studies, the imagery of utopia, often seen in green capital imagery, does not sit easily with the critical literature (Parker et al., 2014). What appears missing from these utopian imaginaries are the everyday, to which I now turn to step in to the methodology of capturing how we negotiate spaces. The wanders offered a way of moving in-between official utopian notions of Bristol as a ‘green’ city with how Bristolians’ everyday life, including their understanding and practices of greenness.

As my point of departure, the project began by looking at how those in cities organize and re-imagine as a ‘green’ city.  In conceiving the ‘entrepreneurial’ city as a ‘site of organization’ (Beyes, 2015), there are challenges making the interactions complex; Timon notes that ‘greenness’ is heralded as a pertinent means to ‘save the city’ (p.208). Recent times have witnessed an increasing interest amongst city planners, including those in universities, in ‘greenness’, as a means for reconceiving urban space in line with concerns around environmental pollution and climate change.

Cities have long been privileged sites of power investments, as different stakeholders perpetually try to shape urban space in defined ways (Steyaert and Katz, 2004). These writers often drawn upon the thinking from other fields of study including, anthropology and human or cultural geography. Beyes (2010, 231) noted: ‘As Steyaert argues with regard to organisation studies, what makes cities interesting is their ‘imaginative geography’ (2006, 253), their possibilities for ‘transitional’ spaces that can be found in the organising processes of cities, ‘specific, “potential” or “other”, spaces and timings, which (…) allow transition and transformation (…)’ (2006, 248).

‘Cities are both the drivers of change and sites where transformations, which organisation scholars have observed elsewhere, can be re-interrogated and rethought’.

However, where Knox explores transformations using the lens of technological change and the nature of information in the city, I am interested in transformation from another vantage point. My study highlights how practitioners re-image their everyday practices.

My approach to the fieldworking is ‘on the move’ (Czarniawska 2007) in order to capture shared experiences and differing views. There was a moment when it became clear to me that the study required moving imagery, and the aspect of movement felt to fit the methodology and attitude of this project. Drawing its inspiration from existing research in organisation studies on walks/walking (for instance, Timon Beyes, Damian O-Doherty, Filipa Matos Wunderlich, Mary Phillips), the study advances the notion of ‘wandering’ as an embodied, collective and spatial research methodology which opens up opportunities for bringing to light spaces of in-between-ness which are glossed over and marginalized by dominant imagination. In reading, and re-reading the above writers, I have observed the fecundity of collective wandering in critical management studies, as a mode of critical inquiry, which in this study generates spatially embedded narratives and practices that reveal tensions and paradoxes within the official narrative of Bristol as a site of ‘green living’. Exposing ‘rupture lines’ of the conceived imagery of Bristol as a ‘green city’, wandering, I argue, also bears purchase as a means of utopian imagination since offering new opportunities for stepping into ‘the in-between’ to stimulate experiences of transition and a plurality of meanings in movement as opposed to notions of apparent stability and predictability. The tentative conclusion toward which the study gravitates is that the critical thrust of wandering is deeply imbricated with the possibility of utopian imagination, not in the sense of advancing clear-cut alternatives to the dominant imagination, but by creating a distance from the dominant notion of ‘green city’ to create possibilities for looking at urban space afresh.

Finally, in the metaphor of in-between-ness, there is one last thought. I find myself as part of this project and seek to offer affirmative critique which can change practices. I think that wandering and/or capturing conversations using moving imagery offers the opportunity to question existing tools and methods in organization studies, and to open up a conversation of the need to look around for alternative ways. Yet, in sharing these ideas at conferences, it has yet to find a place. In presenting at EGOS 2015, to the Space and materiality stream, mine was the only paper looking at spaces in a city, most researchers were focusing on space in a building (e.g. hospitals seemed particularly popular sites of study). My feedback being scholars present had not before seen a Prezi and people liked this tool and my use of colour. At EGOS 2016, I tried the Ethnography stream to find the study did not fit well there either: one said I was not writing of an organization, and another that I had neglected to draw upon the traditional anthropology literature. In the Manchester International Ethnography Symposium, this summer, again, it did not to fit comfortably in the visual studies stream, as two attendees said it was not aesthetically pleasing (e.g. there are noises from the city and it is not professionally videoed), nor was it of ‘a standard expected for it to be an ethnography’. I submitted an earlier manuscript to a peer-reviewed journal, Entrepreneurship & Regional Development, and the editor-in-chief kindly sent me two e-mails saying he regrettably rejected the manuscript as ‘Space’ does not sit easily within the narrative of his journal, and the second that he too attempts to publish in this field of study and gets rejected as this research sits at the margins. Hence, I it is a bit with irony that I find my thinking in Grosz’s position of in-between-ness. I welcome conversations to discuss these ideas and experiences with those also interested in affirmative critique.

Wandering about Bristol is a Small Research Grant for the project ‘Thinking urban spaces differently: Articulating and contesting “green” imageries of Bristol as an enterprising city’ and is supported by the British Academy and Leverhulme Trust.