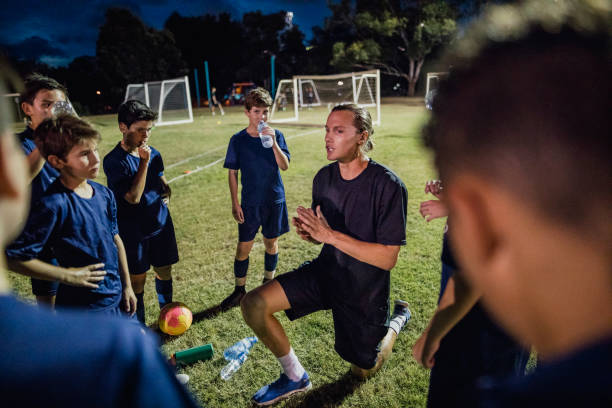 Members of UWE’s Bristol Business School have contributed a chapter to the Sage handbook of graduate employability with is scheduled for publication in early 2023.

Join us for the launch this Thursday, the 10th of November at 9:00am.

The chapter titled: Learning through Uncertainty: Team Learning and the Development of an Entrepreneurial Mindset is written by Hugo Gaggiotti, Selen Kars, and Carol Jarvis of Bristol Business School. The chapter draws on research conducted with staff and students at Bristol City Robins Foundation and looks at their BA Sports Business and Entrepreneurship programme.  The programmes approach explores team coaching and team learning through doing, encouraging students to develop as active participants responsible for shaping their own learning and project opportunities.

First looking at the importance of critical independence, and the development of the qualities of an entrepreneurial mindset. This includes attributes such as resilience, adaptability, and proactivity to encourage future-oriented thinking. Enabling students to develop narratives that build from the present to their desired future.

Secondly, why this approach to team learning can encourage the formation of a learning community of practice to co-create new resources and knowledge.

Thirdly, how this is underpinned by friendship as an organising principle. Fostering a commitment to the well-being and development of others and encourages students to think beyond their personal needs to prioritise working effectively with others on the task at hand.

To find out more about the book, you are invited to the online launch at 9:00am on Thursday 10th November. Tickets are free, please register:

What is the SAGE handbook of Graduate Employability?

The Handbook brings together the latest research on graduate employability into one authoritative volume. Dedicated parts guide readers through topics, key issues and debates relating to delivering, facilitating, achieving, and evaluating graduate employability. Chapters offer critical and reflective positions, providing examples of student and graduate destinations, and cover a wide range of topics from employability development, to discipline differences, gender, race and inclusion issues, entrepreneurialism, and beyond.

To find out more about the chapter and the team learning approach specifically, contact Prof Carol Jarvis: Carol4.Jarvis@uwe.ac.uk

Dr Hugo Gaggiotti, an academic from UWE Bristol and member of the Bristol Leadership and Change Centre who has extensively studied communities on the borderlands between the US and Mexico, says these communities’ strong cross-border cultural identity and economic ties make them undaunted by the possibility of a physical wall.

Dr Gaggiotti has worked extensively with border communities such as Ciudad Juárez in Mexico, which has experienced rapid growth in youth employment in assembly plants known as maquilas, which have been set up, mostly by US carmakers, aerospace and pharmaceutical companies. Maquilas are ways for multinational, mostly American, companies to carry out labour-intensive work in Mexico, such as car dashboard wiring assembly, without having to pay import or export taxes.

Dr Gaggiotti’s research is part of a British Academy of Social Sciences-Newton Fund funded project aimed at providing support for youngsters and families in Mexican-USA borderlands.

Working with Mexican researchers, he met and interviewed 100 people living on the crossover points of El Paso-Ciudad Juárez to identify the socioeconomic needs of the working populations in this borderland region of rapid population growth.  In the maquilas, the workers are predominantly young women.  Over the last ten years, unprecedented levels of violence in particular to women and youngsters have been recorded.

Dr Gaggiotti says, “I interviewed many young (especially Mexican and Mexican-American) families as part of this research and far from being scared of a solid divide, people living on both sides of the border show no anxiety, as many believe a solid structure would indeed unite the border populations in a common claim.  People living and working in this vicinity feel that their identities are enshrined in a cross-border culture.  Many Americans living in these regions are second or third generation Mexican and many Mexican Americans feel this is part of the same country.

“The border region is defined as the land that stretches 100 kilometres either side of the frontier. People on both sides rely on each other for work and many US states on this line, like California, consider this area as a single economic region, with commuting for work taking place in both directions and several businesses in the two countries relying on this movement.

“I think a wall would simply encourage business owners on both sides to accommodate their companies to facilitate movement and would fuel their workers’ determination to continue to move across the border, for work, educational or family reasons.

“In the US, the country’s 50 States also wield power, especially where their borders are concerned. For instance the city of El Paso in Texas, which borders with Ciudad Juárez, is organised to favour transit of people and cargo from one country to the other. The University of Texas at El Paso indeed relies heavily on Mexican students, who as long as they reside within the border limits, pay the same tuition fees as Americans.  To facilitate their border crossing, it issues them with bespoke university ID cards.  If you build a wall, you immediately need a door for people to pass through.”

Dr Gaggiotti is also helping local academics to develop the robust research methods needed to observe the issues posed by these organisational structures and the social impacts on these rapidly growing bi borderland cities.

Dr Hugo Gaggiotti is an expert in Organisation Studies, Intercultural Management and Leadership in Pluri-ethnic Environments.  He is a member of the Bristol Leadership and Change Centre in the Faculty of Business and Law at UWE Bristol.

The project title for this piece of work: Organising in the borderlands: applying research to support families, children and youngsters in Mexican-USA borderlands (Ciudad Juárez, Mexico) 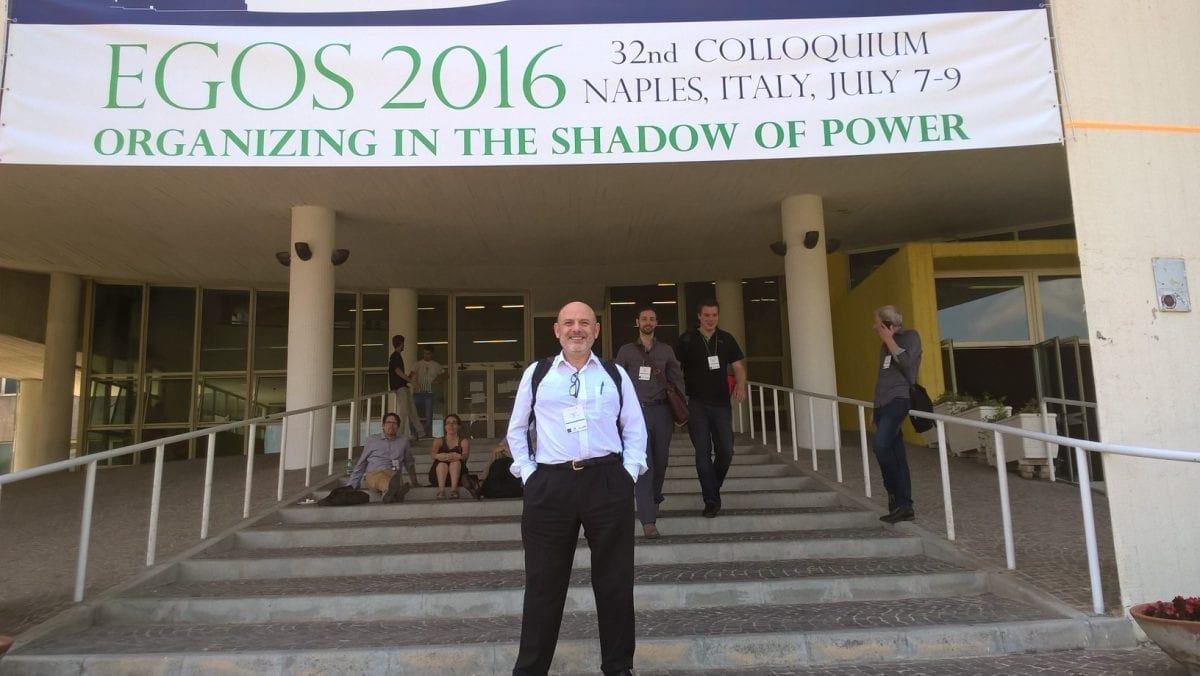 On this boiling hot day in the South West of England (and most of the UK by the looks of things), and with the smell of sun cream and barbecue food in the air, I am reminded of the far-flung places that the Organisation Studies group might have visited (or are about to visit) over these summer months. It is conference season here, so please email me with news and views from wherever you have been. What was experienced at EGOS? Did SCOS surprise and delight? Did GWO generate new thoughts and plans? If it is a photograph, a new call for papers, or just a short piece on how you have been inspired by your travels, we would like to here about it!

Exciting news for ethnography fans…
Here at UWE Bristol we are gearing up to host the Ethnography Symposium: Current Developments in Ethnographic Research in the Social and Management Sciences, in association with the Journal of Organizational Ethnography, from the 24th to the 26th August. See website for details:
www.liverpool.ac.uk/management/conferences-and-events/ethnography/symposium/
AND Dr Hugo Gaggiotti (and Kostera and Krzyworzeka) have just published a fantastic paper in Culture and Organization: “More than a method? Organisational ethnography as a way of imagining the social”
Check out this link for more details: www.tandfonline.com/doi/full/10.1080/14759551.2016.1203312
Great news, Hugo! Congratulations from all of us!
Don’t forget, if you are on Twitter, follow @Ethnography_LK for news, views, useful links and all things ethnographic!

An important part of the OS blog is to share short snippets and updates from our current research projects. Today, Dr Hugo Gaggiotti wanted to share his current collaborative British Academy project, titled ‘Organizing in the Borderlands’. A brief description of the project can be found below as well as a link to the blog associated with the project. There are also some great photos and videos to be found on the blog!

‘Organizing in the Borderlands’: The aim of the project is a) to consolidate UACJ and JEPGOR research capacity and b) to lead the development of a formal education programme, but the primary objective is to contribute to the promotion of socio-economic welfare in Chihuahua by transferring this knowledge as professional organizational practices that ultimately help to solve social and economic needs of families, children and youngsters in Ciudad Juárez (Mexico).