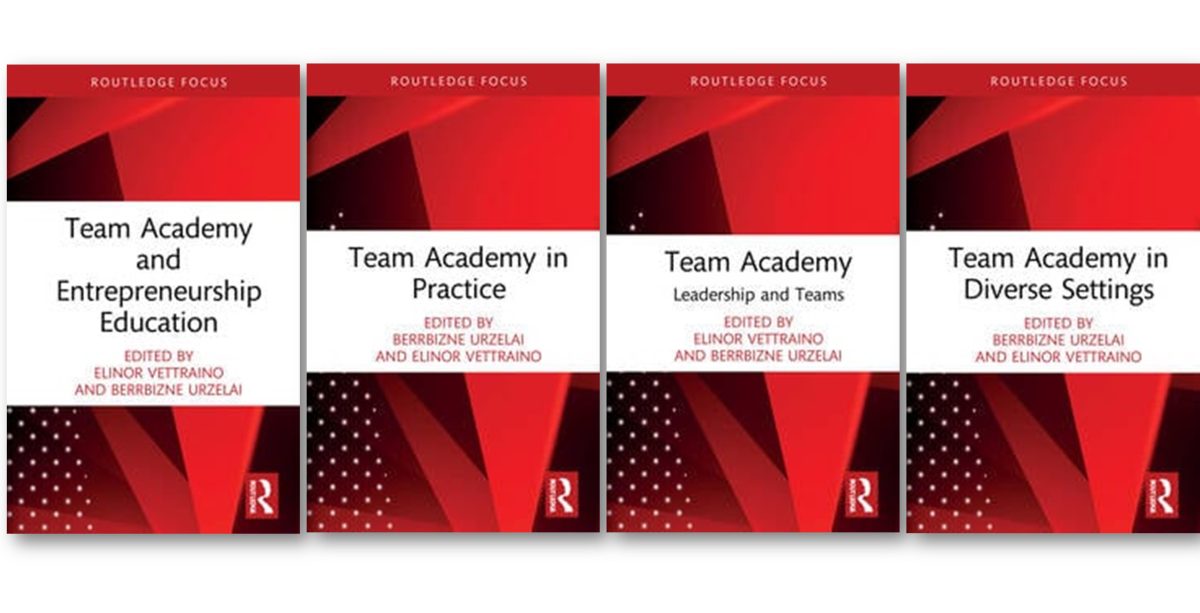 Why This Book Series, and Why Now?

The idea of publishing a Team Academy (TA) book for me started back in 2017 when I began working in the UK, because I could see that there were many differences between how TA was run in Mondragon (Basque Country) and at UWE (UK). In November that year, I met with an editor from Routledge and shared some of my ideas which he became excited about. However, it was not until March 2018 that I really started to put some ideas together for the project. I was already in touch with Elinor Vettraino, co-editor of this series, at that time as we were working on several cross-university projects and I remember a conversation I had with her over dinner in Finland in January 2018 (Timmiakatemia’s 25th Anniversary). Essentially, we were discussing why it was that not many people knew about TA even within our institutions. How could it be possible that we were not using the amazing global network more effectively?

In June 2018, the Team Academy UK community had their annual meeting event – the TAUK Gathering. During this connection, a number of team coaches met and reflected together about how research could actually inform our team coaching practice, programme design, pedagogical thinking, etc. We were keen to organise a Team Learning Conference where we could invite people from TA but also other EE practitioners and academics to present their work and share their knowledge. At this point, we realised that we had an opportunity to pool our interests together and publish a book for dissemination as well as organise a conference to share knowledge and practice.

I was about to go on maternity leave so I thought… this is the moment! I need to do something during this time, so let’s work on the book proposal. I created a call for chapters and started reaching out to people from the network to invite them to send us an abstract. The response was great and we ended up working on a proposal that had too many chapters so Routledge suggested a book series instead. We didn’t want to leave people out of this so we thought let’s do it!

The rest, as they say, is history!

What is it about?

The series includes more than 35 chapters from contributors all over the world (Spain, UK, Finland, France, Tanzania, Brazil, Argentina, Japan, Switzerland, etc.). The aim of the series is to compile the different research, experiences, and stories about the Team Academy phenomenon throughout its worldwide network.

Book 1, Team Academy and Entrepreneurship Education examines the place and purpose of the TA model in entrepreneurship education, and indicates how and why the model has grown in popularity and interest over the last 3 decades.

Book 2, Team Academy in Practice focuses on different contexts and learning environments in which TA pedagogical and cultural practices coalesce, through the stories, experiences and research of those engaged in the practice.

Book 3, Team Academy: Leadership and Teams, investigates topics such as the ways in which learners on programmes based on this learning-by-doing model attempt to navigate the complexity of leadership and team dynamics, whilst understanding their place and impact on the processes involved.

Book 4, Team Academy in Diverse Settings offers the readers critical considerations on how TA has inspired different settings and how it has been implemented in different contexts (disciplines, industries, non-HE settings, etc.) and cultures, creating a legacy by those who have engaged with the process.