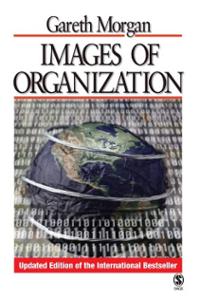 I’ve just seen this, and since we use this work in our teaching at UWE, I thought it might be of interest to some…details below have been taken from the website…check out the link below for all the details…!

‘In 2016 (i.e. the year when this special issue will be published), it will be 30 years since Gareth Morgan’s book Images of Organization was originally published. The book has been seen as a seminal and ground-breaking contribution. It offered rich and evocative ways of seeing organizations and organizing. Moreover, it introduced the idea of multiple perspectives and that no image of organization is a neutral one. It still stands as an unusual and non-traditional textbook both in terms of style and content.

Some decades later, there is reason to wonder whether Morgan’s eight main images (they are still eight in the 2006 edition) are still relevant. Does Morgan’s work still have purchase in relation to contemporary organizational theorizing? Do his ideas resonate with new forms of organization and the processes of organizing? Are the metaphors provided able to catch images of organization, in a relevant way, for people outside of the Anglo-Saxon tradition to relate to? Is it that new metaphors need to be added? Is there even a need to rethink the whole set of metaphors and to construct an alternative set?

The objective of this Special Issue is to examine the substance of Morgan’s contribution in an exploratory, constructive and critically-engaged way, or that extends his work in terms of, for instance, suggesting additional metaphors or an alternative set of metaphors.’