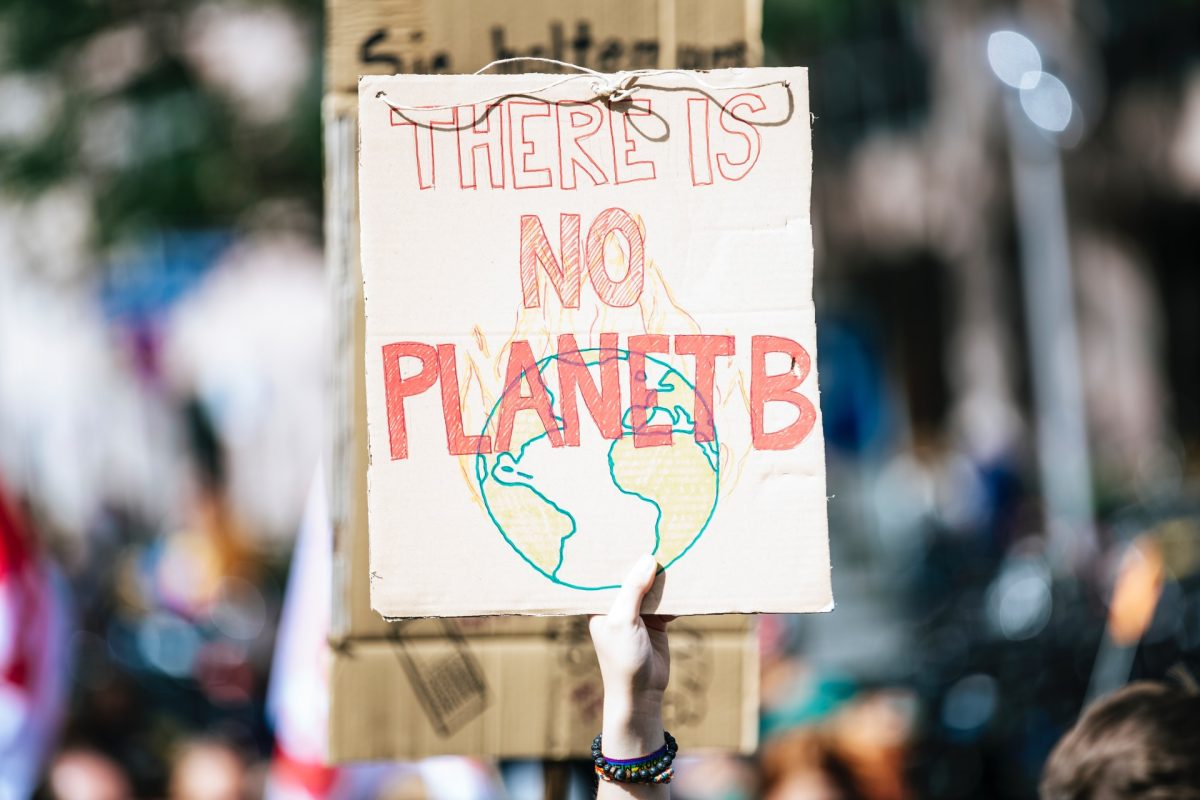 With over forty thousand registered delegates from almost 200 countries the 26th UN Climate Change Conference of the Parties (COP26), held in Glasgow from 31 October to 12 November 2021, was the largest yet. Amongst those in attendance were 120 heads of state and despite scepticism about the likelihood of securing a meaningful agreement a last-minute deal was struck that calls for “the phasedown of unabated coal power and phase-out of inefficient fossil fuel subsidies”(1). Nevertheless, it is widely acknowledged that we are currently on track to significantly exceed the 1.5oC threshold, beyond which global warming is likely to produce catastrophic outcomes across much of the world, including sea level rises, extreme weather and the destruction of habitats and ecosystems.

Bristol Leadership and Change Centre has hosted two online seminars to consider the opportunities and challenges for/of COP26 and the implications for leadership, collaboration and care in the face of climate change more widely. In the first event, held five days before the start of the summit, Charlene Collison and Professor Jonathan Gosling shared their thoughts on key issues and questions that would need to be addressed during COP26 in order to achieve a successful outcome. A blog post outlining this discussion has already been posted. In this current blog we outline discussions at the second seminar, hosted on 8th December.

The event began with a conversation between Jonathan Gosling and Steve Martineau, a member of the team appointed by the UK High-Level Climate Action Champion for COP26 Nigel Topping. Steve began by discussing the background to this work and the role of the Climate Action Champions in representing the voices of business and other communities in the discussions. He illustrated this by characterising the national governments as vertical systems, with business, finance, etc. as horizontal systems that intersect these at a global level.

“The Paris Agreement is fundamentally an agreement between national governments, and if we think of each of those national governments as a vertical in the global system, we’re there really to represent the horizontal systems that run across those – so it’s not just business but can be civil society to some extent, it can be education systems, it can be finance systems – so all those horizontal systems that represent different parts of society and the economy that need to transform at the global level … those voices need to be heard loud enough for it to be effective.”

Steve stressed the importance of engaging these groups in both shaping and implementing the transformations required to tackle global warming, citing a number of examples of where businesses were actively driving change in their respective sectors. In such cases, sometimes as a result of demand from customers as well as the need to recruit and retain staff, sustainability is directly linked to business performance and success. Steve mentioned the ‘ambition loop’ whereby, rather than simply responding to government regulation and legislation, business and organisations are demanding positive change from their governments to level the playing field and to disincentivise unsustainable business practices.

The conversation concluded with Jonathan asking Steve about the role of political activists and protest groups during the COP26 talks.

“I think those voices are more important than ever… It’s really important that the widest possible community of individuals communicate their appetite for change… to give confidence to elected politicians… and for CEOs of companies to know that this is what their staff want… Nigel Topping was keen to say that those voices of protest in Glasgow were a very important part of the mix because the decision makers need to be repeatedly reminded that an awful lot of people out there want to see the change happen.”

Following this discussion, Charlene Collison shifted our attention to the impacts of climate change on local communities and individuals around the world. She did this by highlighting that even with the agreements at COP26 we are on track for a 2.5oC increase in global temperatures – well beyond that experienced through human history. To illustrate the challenges this will cause, Charlene presented findings from the Cotton 2040  project she has been leading for Forum for the Future. The cotton sector employs around 350 million people in farming and production alone and is a truly global industry. As such, it provides important insights into the effects of climate change for agriculture, employment and business models more widely.

Charlene began by showing the Climate Risk Explorer Tool developed for this project that highlights a range of climate hazards facing the Cotton Industry, including reduced growing season, heat stress, drought, rainfall, flooding, wildfire and landslides. This is a sobering assessment of the scale of the challenges – where a significant proportion of the world’s population will experience climactic conditions that are adverse not just to growing cotton but to pretty much all aspects of human life.

Charlene encouraged us to consider what this data means at a human level – to the people trying to live, work and support their families in such harsh conditions. The disruption caused by such changes will affect supply chains globally, although the impacts will disproportionately affect the most vulnerable, with farmers and producers most exposed to the risks. Whilst the physical and economic impacts are not to be understated, the mental and emotional toll will be particularly significant for those on the frontline of climate change.

Over the past few months Charlene and colleagues have been running roundtable events with a range of stakeholders, encouraging people to ‘step into that world’ and genuinely reflect on the issues and what they mean for both those involved directly in the cotton industry and the population more generally. Summarising key insights Charlene said:

Following these thought-provoking contributions delegates were allocated to breakout groups to discuss the points raised and share examples of what they and others are doing to address these issues. Feedback was shared in a plenary discussion, with examples of local-level action including the establishment of the Bristol River Avon Bioregion Group, and the work of campaign groups such as Extinction Rebellion and Fridays for the Future. In the latter cases, however, it was noted that proposed changes through the Police, Crime, Sentencing and Courts Bill, currently submitted to the House of Lords for approval, would greatly reduce the capacity for social activism on climate change as well as other issues.

Overall, this event highlighted the need for local action to complement national/international events such as COP if we are to have any chance of minimising the impacts of climate change. Whilst COP26 was neither a great success nor a total failure it did mark the first time that there was a serious attempt to secure agreement around eliminating our dependence on fossil fuels (despite the fact that the oil and gas industry sent the largest delegation to Glasgow). More importantly, perhaps, it highlighted the strength of feeling amongst the wider population – particularly younger generations – that it really is time to move from talk to action on climate change and the need to address associated inequalities.

If you missed the event you can watch the full recording in two parts below.