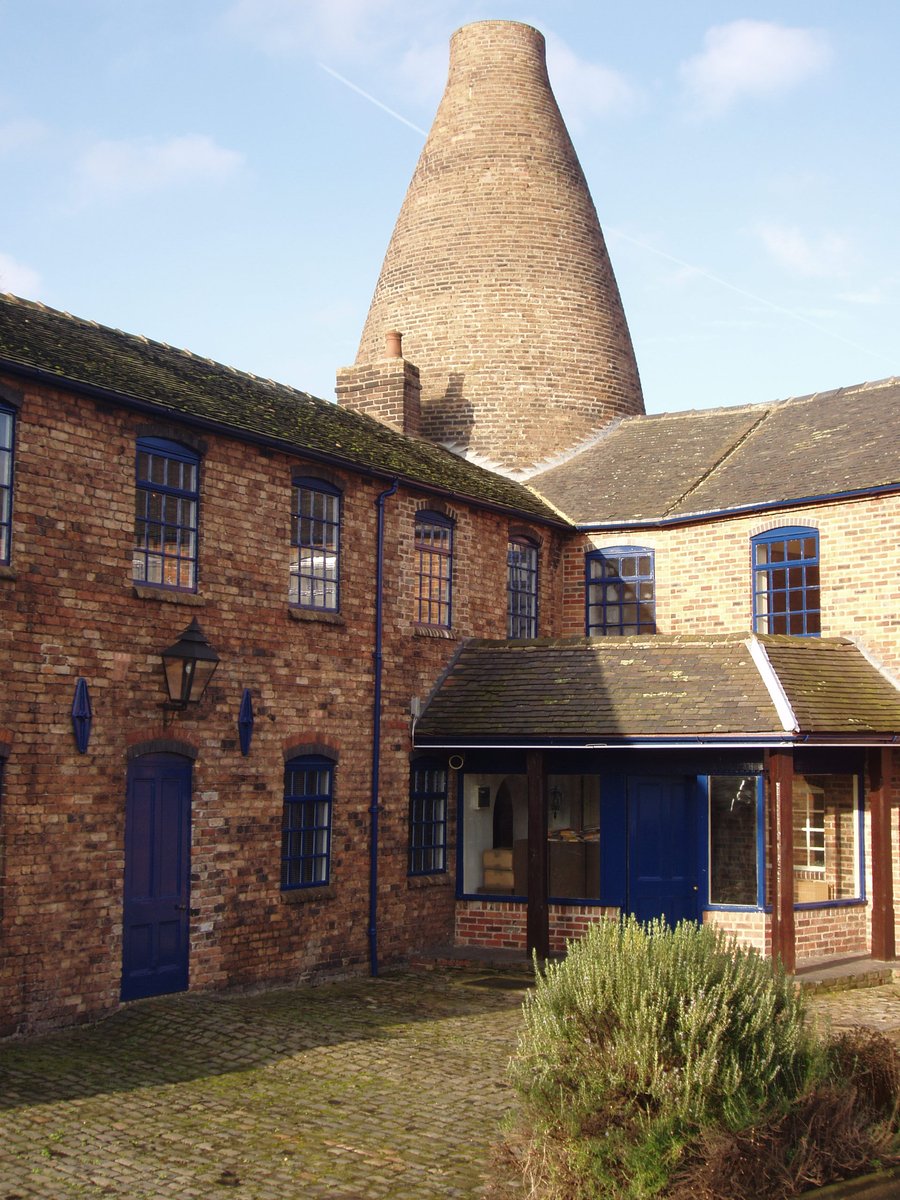 By Stephen Hall with Steven Griggs and Martin Jones…

Austerity, welfare reforms, devolution deals and varieties of localism have hit the poorest authorities the hardest, creating an economy of peaks and troughs across the country. In  Stoke-on-Trent, local authority spending fell by 24 per cent in the eight years following the introduction of austerity in 2010. Benefit reform has impacted severely across the city, with the abolition of Council Tax Benefit being the single biggest cause of debt locally in a city of over indebtedness. Indeed, Stoke-on-Trent, with its historical dependency on ceramics and traditional manufacturing industries, now suffers from a cocktail of interlocking social and economic disadvantages, featuring in the bottom 10 UK cities for business start-up rates; number of businesses; gross valued added per worker; residents with high qualifications; weekly earnings; and low property values  and housing affordability.

Now, the COVID pandemic threatens to accelerate this uneven geography, with Boris Johnson’s commitment to ‘levelling up’ remaining little more than a timely electoral slogan, unless his government recognises the persistent failure of his predecessors and the marketisation model of regional economic development.  The ‘metropolitanisation’ of regional economic development has offered cities and towns like Stoke-on-Trent little more than the promise of conditional support and economic development if they could only become more ‘entrepreneurial’. At worse, the logic of metropolitanisation has risked cutting so-called ‘growth laggards’ off, leaving them as ‘economically isolated’ and ‘overshadowed’ satellites of regional powers.

To understand the challenges facing Stoke-on-Trent, the focus of attention has therefore to shift beyond the geography of the city to capture its ‘bigger’ regional interrelationships, especially the proximity of Manchester to the north and Birmingham to the south. Both conurbations have powerful new Combined Authorities with directly elected mayors such that ‘what little money there is under austerity is getting sucked into the Combined Authority like an agglomerative super vortex!’ Local leaders in the city may well ‘talk optimistically about being the pathway between the Midlands Engine and the Northern Powerhouse’, but for some the other more powerful analogy is that of being caught ‘between the sledge hammer and the anvil’, with the risk that the city ‘disappears off the radar in any real priority terms because it just ain’t big enough.’

Given such policy dynamics, how do we begin to ‘level up’? One quick policy response is further devolution or a ‘real localism’. It is easy to see the ‘grip’ of such policies. On the one hand, the ‘management’ of the COVID pandemic has exposed further the knee-jerk centralisation embedded in the institutions of the British state. And, on the other hand, new forms of progressive localism, associated with community wealth generation and the foundational economy, have emerged as authorities have tried to mitigate the impacts of austerity on local communities.  Further releasing such local experiments offers much promise.

Stoke-on-Trent has not stood outside such municipal initiatives. The Northern Gateway (now the Constellation Partnership) Development Zone is focused on delivering 100,000 new homes and 120,000 new jobs by 2040 on the back of HS2.  The Council has also led the development of a new local housing company, which utilises council land as a catalyst for the building of new homes. It has successfully bid for resources through government programmes such as Housing Zones, Estates Renewal, and Starter Homes, while gaining national recognition as an exemplar of good practice in facilitating housing supply. The new investment in partnership working has enabled successful outcomes in terms of competitive bidding for government investment such as the Ceramics Valley Enterprise Zone and has raised the profile of the city through bids to become the City of Culture and the headquarters for Channel 4. The depoliticised regime of cooperation has arguably stimulated local stakeholders to establish new working relationships with private sector interests.

However, can localism or municipalism deliver alone for the citizens of Stoke-on-Trent or any other town for that matter? Another round of localism, if the past is anything to go by, risks further shifting of the blame for cuts onto councils and communities, while advancing the clientelistic relationships engendered by competitive funding mechanisms and behind closed door deals. More importantly, how far can councils address the historical legacies impacting upon their communities? Stoke-on-Trent remains affected by the profound socio-economic challenges of a ‘low skills equilibrium, low income economy’. Job creation remains concentrated in low skill sectors such as logistics and warehousing, though there are exciting developments around digital skills and the creative economy, which need to be connected and scaled to create sustainable innovation ecosystems.

The city cannot escape the accumulated historical legacies and failures of regional economic development over the last 50 years. Its culture of low skilled work cannot be divorced from low levels of aspiration engendered by generational unemployment and the failure by national government to invest in skills and training. Moreover, local institutional capacity remains hindered by the legacies of local government reorganisation in the 1970s, experimentation with the model of the directly elected mayor and council manager, the collapse of the traditional working class Labour vote, and the rise of far right populism. In fact, leadership and collaboration are often dependent on the external imposition of formal requirements of partnership working by central government or, in the past, the European Union. Where external frameworks are absent, a parochial localism, due in part to the polycentric nature of the urban morphology, tends to prevail, hampering partnership working across the city: ‘it’s a microcosm world that’s very self-contained. It’s actually 54 villages within this city region and there is rivalry between the 54 villages.’

In addition, the local business sector is ‘incredibly weak’. Larger firms tend to be owned by investors and interests outside the region, while medium-sized firms, the so-called ‘aspirational middle’ are in limited supply. Locally-controlled companies, the interlocuteurs of the council, are consequently small scale with little engagement in any sectoral alliances, dominated by the demands of ‘doing the day job […] too busy trying to survive.’Business engagement in the Local Enterprise Partnership is very low compared to other parts of England. Land is cheap but subject to high remediation costs while much of it, including the old mining areas and the Victoria Ground, the former home of Stoke City FC, is owned by private sector developers, especially St Modwen. Authorities are then beholden to St Modwen’s priorities for land release and development.

Faced with these embedded local challenges, the economic regeneration of a city like Stoke-on-Trent cannot ignore the crucial role of central government in supporting local leadership and redistribution across authorities. But, unfortunately, the strategic focus on spatial planning and institutional capacity has been effectively lost under austerity. The earlier regime of city-regional collaboration built on housing market renewal arguably offered local leaders the horizontal linkages of peer learning, best practice, and mutual support. This sat alongside the vertical linkages of matched funding and policy input from the Regional Development Agency, the Housing Corporation, English Partnerships, and the Audit Commission, as well as access to key decision-makers in Westminster and Whitehall. However, housing market renewal was seen as ‘a highly divisive’ policy locally, with its traditional modes of regeneration and large-scale clearance and rebuilding being seen as disempowering local people. Indeed, for some, there is a new recognition across the city that ‘the answer lies in community development, local democracy, speaking to disempowered people, re-empowering people … we might not have the money but we’ve certainly got the ideas and the answers.’

But local community-led collaboration requires different forms of partnership and participation across the multiple tiers of government. And if the signals of the devolution white paper are correct, with further austerity city-regionalism enacted through ‘simplified’ local government reorganisation and ‘leadership’ metro-Mayors, something radical needs to happen to counter balance a growth model that fuels local patriotism and exacerbates uneven development by pitching cities against each other.  The alternative starting point for cities like Stoke-on-Trent is to nurture local institutional capacities, reinstate a spatially-targeted national regeneration policy with people and place mobilised in tandem, working hand-in-hand with local authorities and communities. High value jobs are key, challenging local leaders to ensure the upskilling of local employment opportunities while providing the skills development and training to match. As such, there is much to learn from infrastructural growth models predicated on the ‘foundational economy’ and the socially responsible supply of basic goods and services for citizens. This reconsiders the socioeconomic foundation of the city-regional economy and offers a more ‘constitutional’ model of economic development based on promoting place-based social innovation. It reformulates the local state’s every day (goods and services consumed by all) and future assets (such as 5G-era digital infrastructures) into circuits to capture community wealth and build local strategic capacity. This is not about ‘levelling up’ but rethinking how we approach the wellbeing of our citizens and our cities and shift to patterns of sustainable consumption, while refashioning centre-local relations and reversing the direction of travel of some 40 years of failed regional economic development.

This article draws, in part, on research conducted for the European Commission’s Horizon 2020 project ‘Inequality, urbanization and territorial cohesion’. The authors would like to thank interview participants in Stoke-on-Trent and other members of the research team, especially Dr Ian Smith of the Bristol Business School. It was published in the Municipal Journal on 20.10.20.

Stephen Hall is Senior Lecturer in the Department of Geography and Environmental Management at the University of the West of England. @hallsg @UWEBristol @UWE_SPE @UWE_GEM