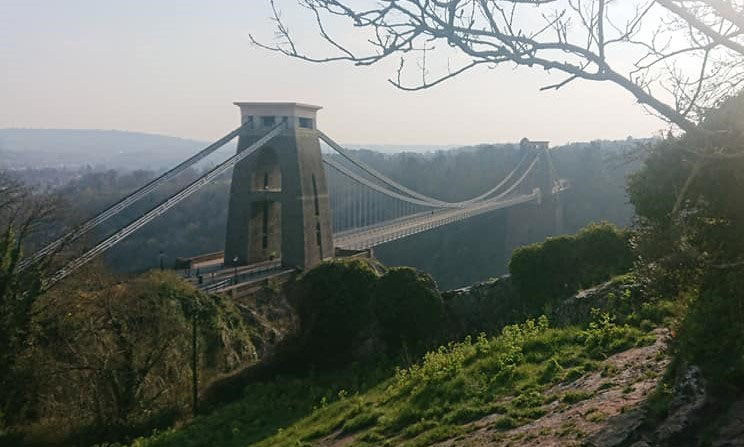 As scholars living in Bristol, we are fascinated by this old port city and its on-going transformation. Prosperous Bristol has been named as the ‘Happiest city in the UK’ and often features in the ‘Best Place to Live in Britain’ lists. In addition to its high quality of life (for most, if not all, residents) Bristol is home to numerous environmental groups that advocate a stronger ecological approach – i.e. one that acknowledges and respects environmental limits to human development –to urban governance than the traditional economic growth oriented model. This makes Bristol an anomaly among the UK’s ‘Core Cities’. There is a broad spectrum of environmental activism in Bristol: green think tanks and pressure groups, energy co-operatives, waste recycling groups, a local currency (the Bristol Pound), local food networks, community self-build housing groups, and major national environmental actors such as the Centre for Sustainable Energy, Sustrans and the Soil Association. Bristol, thus, hosts a critical mass of green activism and expertise. We believe that the dissemination of such a wide range of ‘alternative’ voices locally is crucial to the debate on urban futures.

Bristol was awarded the title European Green Capital 2015. Its bid as a ‘green, inclusionary and diverse’ city was framed in conjunction with a strong emphasis on community involvement. The policy discourse that had previously been based on economic development was reoriented towards environmentalism and collaboration. Bristol’s stated aspirations as European Green Capital shifted from the high profile events that might be expected of an orthodox urban entrepreneurialism to a set of ambitions oriented towards citizen engagement and inclusivity. This prompted us to write our paper[1] The Bristol Green Capital Partnership: an exemplar of reflexive governance for sustainable urban development, in which we argue that Bristol represents, perhaps, an atypical approach to the ‘urban sustainability fix’ (the balance sought between competing economic, social and environmental demands) in the UK.

There exist, in Bristol, genuine differences of substance between local partners, including recent polemical debates on resident parking zones, 20mph speed limits and the planning of the new Bristol Arena. However, in contrast to other UK Core Cities, there is less a sense that environmental interests are left to oppose an apparently antagonistic local authority from the political margins. In other words, Bristol represents a prima facie ideal incubator for the processes that characterise ‘reflexive governance’. The emerging literature on reflexive governance offers a normative framework for understanding a ‘learning-based approach to governance’. Reflexive governance prioritises organisational adaptation over technological advancement as a response to the complex challenges of climate change and resource scarcity. It focuses primarily on the process of governance, rather than outcome. It respects and exploits diverse forms of knowledge (scientific, political, everyday), and champions continuous institutional transformation to enable, and respond to, broader social dialogue.

We argue that the governance of Bristol – embodied in the Bristol Green Capital Partnership (BGCP) which was formed by Bristol City Council to develop the concept of a ‘low carbon city with a high quality of life’ in 2007 – displays many ‘reflexive’ characteristics. Bristol stakeholders have created a space for dialogue, an interface for diverse voices and forms of knowledge that eschews the pursuit of simple consensus; in the words of one local official “if you’ve got something to say, join in … I do not know of another partnership in which a multinational German insurance company would sit down with a dreadlocked activist from St Pauls” It has exhibited considerable institutional adaptability, partly in response to the exhortations of the European Green Capital competition. BGCP, for example, has evolved from a core group of stakeholders, to a large and heterogeneous membership organisation, a grouping of over 800 organisations, ranging from transnational corporations to local community groups. Nonetheless, the discursive space within which it has achieved this transformation remains tightly bounded, defined primarily by actors that exhibit an a priori interest in the ‘green’ agenda; civil engineering companies, for whom the sustainable city discourse is framed as an infrastructure investment challenge, and grassroots environmental activists, rather than representative of mainstream business or public opinion, especially in more disadvantaged areas of the city. Moreover, there are multiple and contested visions within BGCP itself; as another local official noted “discussions about renewable energy in Bristol attract many suits and very few community activists, whereas meetings about local food attract very few suits”.

Our findings challenge Bristol’s self-image as a ‘green capital’, notwithstanding the very real achievements noted above, and highlight the limits of reflexive governance – a practical approach to inclusion, learning and adaptation – but one that, in focusing on dialogue and inclusion, underestimates the real political tensions, some of which we also highlight above, that define the actions required to realise the sustainability of cities, including Bristol.