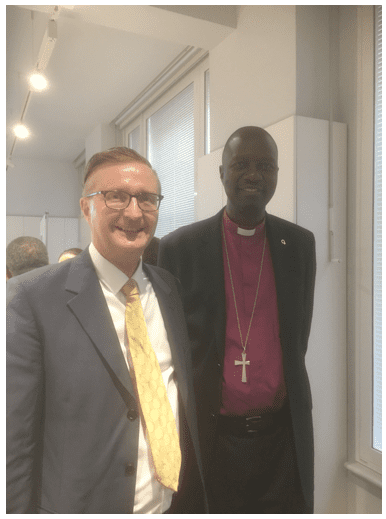 Professor Peter Case (UWE Bristol) was invited by Dr David Heymann, Director of the Centre on Global Health Security, to act as a discussant for a ‘Rethinking Malaria’ conference held at Chatham House on Wednesday 10 October. The conference focussed on tackling malaria in Africa and presenters included a delegation of Anglican bishops from Zimbabwe, Zambia and Namibia. The church plays a vital role in the region because of its ability to inform and influence congregations and communities with respect to public health issues. In his reflections on the presentations, Peter spoke about his ‘Organization Development for Malaria Elimination’ (ODME) work in Eswatini, Zimbabwe and Namibia, emphasising the importance of improving front-line services and paying fine-grained attention to operational challenges; a message that chimed with that of the bishops. Also in attendance was Chris Flowers of the JC Flowers Foundation – a New York-based philanthropic organization that has offered to support Peter’s research team in Zimbabwe this coming malaria season.