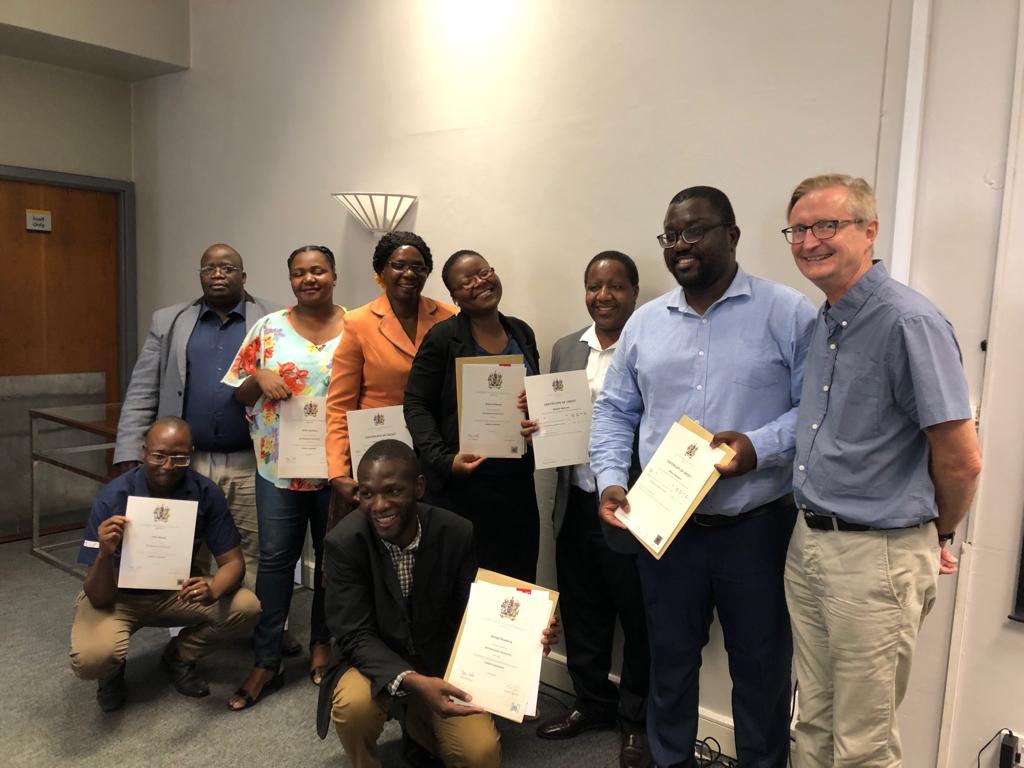 CBL’s Professor Peter Case recently returned from a research field trip to Zimbabwe, where he helped run a series of workshops linked to a project funded by a Bill & Melinda Gates Foundation grant and being delivered in collaboration with researchers at University of California, San Francisco. The project, which Peter co-leads, is entitled ‘Optimizing Stakeholder Operating Models for HIV Prevention in Zimbabwe’ (OPTIMISE, for short) and has been running since June 2020. It aims to assist the Ministry of Health and Child Care (MOHCC) to improve HIV prevention programme management and service delivery. The workshops took place between 19th September and 1st October, involving health professionals from Matabeleland North, Matabeleland South and Manicaland provinces.  The current project is due to conclude at the end of this calendar year, so the trip involved data gathering on project outcomes/impacts as well as consolidating the changes to service delivery that OPTIMISE has helped implement.

Using participative action research as the main approach to leading change, the intervention seeks to integrate HIV prevention services (which are typically funded by a variety of external donors) and move them forward in a more effective and sustainable way in relation to MOHCC strategy. District-level research groups highlighted key improvements to service delivery that had been achieved to date and discussed the results of a ‘user research’ presented by the UWE/UCSF team. The events were a great success, with strong endorsements for the OPTIMISE project coming from the MOHCC. One particularly moving example of the way the work has been expanded by teams beyond the immediate HIV priorities concerned significant improvements to maternal mortality rates in Hwange district which, prior to OPTIMISE interventions had suffered the highest level of maternal deaths in the country. Thanks to implementing OPTIMISE change methods, in the past year the rates have fallen from nine deaths per year to just one.

The national director the MOHCC HIV Programme, Dr Murunguni, and other senior ministry officials were present to hear and comment on the progress updates, as were Provincial Medical Directors and other senior administrators. Peter also attended a partnership meeting in Harare convened by the Bill & Melinda Gates Foundation at which he and the OPTIMISE team discussed future projects and continuity of the work with the Clinton Health Access Initiative, Population Services International and the MOHCC. One outcome of this discussion will be UWE’s direct involvement in an attempt to seek a national scale-up of the OPTIMISE work supported by funding from the UN Global Fund for AIDS, TB & Malaria.

Integral to the OPTIMISE project has been leadership capacity building for 19 healthcare professionals enrolled on CBL’s Post-Graduate Certificate in Professional Practice in Change Leadership. All 19 students have now successfully completed the degree and a handful will be attending the CBL graduation ceremony in November. Whilst travelling to the various districts, Peter had the privilege of distributing degree certificates to many of the graduands. The module has been delivered in collaboration with a local HE provider, the Women’s University in Africa, and is contributing significantly to the strengthening of leadership and management capabilities of Zimbabwe’s HIV Programme staff. Peter would like to acknowledge the roles played by Katie Joyce (PPCL ML), Dr Priscilla Mutuare (WUA tutor and CBL AL) and Dr Greyling Vijoen (lead local PPCL tutor and BLCC visiting fellow) in contributing significantly to the success of this programme.