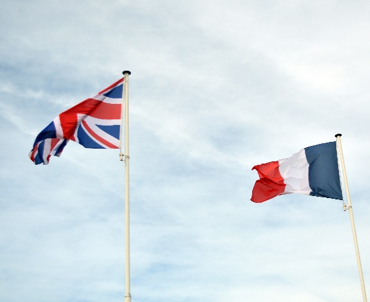 If you read the higher education press, you will be aware of the concerns of many British academics and universities following the 2016 referendum and the vote in favour of leaving Europe. How the UK leaves the European Union could have many important consequences for British universities.  It may become impossible for British researchers to access European research funds, which in the past have been a major source of funding.  Access to staff and student mobility schemes may cease, making it harder for people to travel abroad to study and collaborate.  Academic staff from Europe may no longer find the UK an attractive place to come and work, and vice versa.

As an academic that has had strong links with our nearest European neighbour for some time, the referendum decision has been personally painful, and the ensuing months and years since torturous. However, I am determined to do my bit in maintaining close working relationships with our continental colleagues, however the Brexit project turns out. So I thought I would use my PSRG blog entry to tell you a bit about French psychology, and the rewards of international collaboration.

This story really started for me in the winter of 2013, when I decided it might be useful to travel abroad to find out how other institutions were delivering online learning in post-graduate psychology. Having set up a distance-based MSc in the early 2000s, and by 2013 being the programme lead for the doctorate in counselling psychology at UWE, I was keen to see how professional courses could be delivered online. I duly wrote and submitted a travel grant application to the Higher Education Academy (HEA), with a view to visiting the Fielding Institute in California and Paris 8 University in France, both of which run distance courses in clinical psychology (if you are an undergraduate psychology student that speaks good French you might consider the Paris 8 Masters – though using this to get HCPC registered might be less straight forward after Brexit!). Unfortunately, the HEA hit a period of financial turbulence, and the travel grants were axed. As a result, the USA part of the plan had to go, but Paris 8 was possible with some university funding.

So in 2014 I spent a week at Paris 8 University, talking to staff and students, and finding out how their online MSc in clinical psychology was run. In France currently, access to the profession of clinical psychology is via a two year MSc, as it used to be in the UK (before Plymouth University pioneered professional doctorates in the 1990s, and everyone else followed suit). I soon discovered that an interesting aspect of clinical psychology at Paris 8 is that it quite closely resembles our counselling psychology course at UWE, in that students study both humanistic and psychodynamic foundations of therapy, as well as the ubiquitous cognitive behaviour therapy.

Paris 8 University is well known in France as the experimental university which was founded after the student led riots of 1968. Well known academics have included Foucault and Deleuze. Amongst the current psychology staff is Professor Arnaud Plagnol, who like me has interests in the application of cognitive science to understanding and working with client issues in therapy. Following my 2014 visit, Arnaud and I have collaborated on a number of projects.  The picture shown here is a poster we did on neuroscience and depression, at the DCoP conference in Harrogate in 2015. More recently we have written a book together called Cognitive Psychodynamics, which illustrates how psychodynamic insights into phenomena such as the unconscious and transference can be understood and further developed in therapy through a cognitive framework.

Since 2014 I have done a small amount of teaching on the Paris 8 MSc.  To help me communicate better with my French colleagues and students, I have attended a number of the annual conferences of the French Psychological Society. This year’s was in Poitiers, and the picture shown here is of the Hotel Fumé, which as the name suggests was built as a hotel by the  Fumé family in the 15th century. It became part of the University of Poitiers’ Faculty of Human Sciences in 1922. The University of Poitiers is one of the oldest in France, often seen as the number 2 after Paris (so the French equivalent of Oxford ;).  I was pleased to be able to present at the conference the excellent research carried out by one of my professional doctorate students, Sara Dowsett, on the utility of schema theory in understanding mental health issues in higher education students.  The great thing about attending this conference is also the opportunity to catch up on some of the research being done by our colleagues in the Francophone world. For example, I listened to an extremely interesting paper by Geoffrey Gauvin, who along with colleagues in Montreal has been looking at the utility of self-help groups for clients with depression.  It struck me that the holistic perspective being used with clients in these groups is something we might well benefit from here in the UK.

One of the highlights, as you would expect for a conference in France, was the conference dinner. I felt privileged to be seated opposite the president of the French Society, Rene Clarisse. In talking to Rene, one of the interesting things I learned was psychologists in France are pushing the government to extend psychology training courses by an extra year, which may well give rise to the development of professional doctorates in France.  Ironically, the similarities between British and French psychology may well therefore increase even further after Brexit, just as the possibility of professional mobility may well get harder.

I hope my blog entry encourages you all to reach out to our continental psychology colleagues and overcome the linguistic barriers, whatever language your rusty GCSE happens to be in.