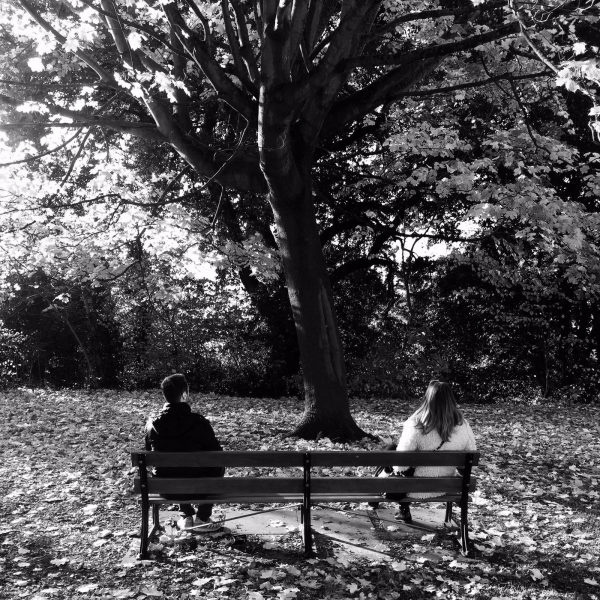 Psychology, like all disciplines, has a history. Like all histories, it is a contested one, and it often unravels within a dominant narrative that might surprise you. For instance, the birth of the psychological laboratory in Leibzig, Germany in 1879, its founder Wilhelm Wundt, and the American behaviourist B.F. Skinner are considered far more influential to the development of contemporary psychological science than the psychoanalytic insights of Carl Jung or Melanie Klein. My teaching experience suggests that, in their vast majority, psychology undergraduates are left a little dissatisfied at the end of their degrees insofar as their understanding of human behaviour is concerned. Psychological knowledge in the last 40 years has developed largely in silos and final year courses offer quite specialised explorations of processes (social, developmental, biological, or cognitive) that underpin human psychic life. Thus, rare opportunities are afforded for some sort of synthesis of perspectives that can form an even partially satisfactory answer to the question: ‘so, why do I do the things I do?’.  As academics, we face enormous pressure to profess expertise in specialised topics, publish our work in journals that mainly speak to other academics, and create our brand by accentuating the unique contribution(s) we have made to the discipline. ‘I teach why people do the things they do’ sounds just as silly as it is impossible. But shouldn’t studying psychology help us understand ourselves and others around us?

Cognitivism is a term that has been used to describe the influence of cognitive psychology (the study of mental processes such as attention, memory, and problem solving) on mainstream psychological theory as well as popular perceptions of human subjectivity. Experimental social psychology for instance talks of social cognition, namely what our brains do when we are in groups. Many theories suggest that the social world ‘enters’ individuals via biosensory pathways and cognitive mechanisms, which can be schematically represented as diagrams (and who doesn’t love a good, self-evident diagram?) and subjected to empirical testing. The brain (or ‘mind’) is widely hailed as the seat of selfhood, and I bet that if you asked people which organ represents them best, most people would pick their brains. That is, despite emerging evidence from medicine that implicates the digestive system (gut) in interesting psychophysiological processes, few people would name their intestines as the bit of tissue they would want preserved in a jar, and I am probably not one of them. Psychoanalytically speaking, there’s nothing surprising in the finding that the gut is a significant locus of psychological activity; after all emotions have to be symbolically digested somewhere. ‘One brain per person’ is how it works, and psychology loves some good old-fashioned dualisms. And so it has come to pass that psychology will leave the study of societies to sociology and social anthropology and cast its expert light on the unit of analysis that no mortal shall divide: the individual.

Cognitivism seeps into all other branches of psychology; thus, a unitary subject that is knowable, predictable, and bound by reason emerges undisputed.  How I hear you ask? Let’s rewind. Cognitive psychology arose as a direct challenge to Watsonian ‘black box’ psychology, a necessary critique of the idea that humans are shaped solely by environmental contingencies and schedules of reinforcement. It blossomed in parallel with the computer revolution and adopted much of the language of computer science (input, network, information processing, mechanism etc). Some 70 years later, this language is not confined to the study of largely involuntary brain processes such as space perception or executive function. Quite the contrary, it has implied, assumed, and naturalised the reality underpinning most of human behaviour. It’s not cognitive psychology’s claims that solidify cognitivism, in fact cutting-edge research in this area has probably moved beyond it.  This is how discourse (a devilishly slippery concept) works: an ideology such as the one we are dealing with can only become entrenched if it is propped up by a myriad of supporting beams. Cognitivism engulfs reality with every university psychology department that uses imagery such as an electrode-wired person to promote itself to prospective applicants (and funders). It lurks in the most innocuous of everyday utterances: ‘it’s all in your head’. And it goes unchallenged because no self-respecting psychologist would ever explicitly defend the position: ‘we are just our thoughts’.

This creates several problems for contemporary psychology, if one takes that to mean the study of ‘why we do the things we do’. It is less of a problem if one is concerned with ‘how we do what we do’, but the critique still applies I believe. Humans are not like computers in that we possess a tricky little thing called consciousness and an equally tricky if not more tangible thing called the body. Let’s pretend that there’s no such tricky little thing as soul or spirit, otherwise this brief commentary will get derailed. How consciousness manifests, is embodied, and interacts with other conscious beings is, really, what psychologists are studying. We need access to more than just cognition to understand why people fall in love, why they fight, why they suddenly act in unpredictable ways, and what happens when many people co-exist for prolonged periods of time. Family dynamics, ambivalent friendships, and toxic couples won’t make much sense by illuminating the intricacies of individuals’ cognitive apparatus. Why we feel what we feel is, invariably, more interesting to the undergraduate student than why the ‘tip of the tongue’ phenomenon occurs. Affective cognition is cognitive psychology’s answer to the former. So what about relationships? Cue crickets.

There are good reasons why cognitivism has prevailed, not least because it squares with scientific methods, Western biomedicine, and reasonable expectations for publicly funded psychological research to have utility and applied value. Measuring things and discovering variables that affect human behaviour often translates into practical solutions for many a modern malady. In consequence, mainstream psychology enjoys widespread applications in health, occupational, and even recreational settings. At the same time, we should not ignore the more sinister reasons. As it squares, it concurrently dovetails with an ideology of the human subject as a predictable, fixable machine that can be controlled and programmed. It delights advertisers who are in search of the ideal font, image, or message to feed consumerism. It makes sense to politicians who, through no fault of their own, are also entangled in its discursive net and therefore look to psychology to fix symptoms (or hide them) rather than transform conditions to prevent the problems in the first place. It makes people feel cleverer as it follows a rational methodology and can be delightfully illuminating to the mind that has been trained all its life to excel and produce without ever pausing to reflect on the unbearable question: ‘what and who am I producing for?’.

A little context on the writer so that the reader can more fully appreciate the vested interests in this article (free tip: all discourse carries vested interests and (dis)locations of power). I studied for a 4-year experimental psychology degree, which I enjoyed, and my first job was as a statistics instructor for the university I graduated from. After a brief detour that involved meeting Avril Lavigne and dining with Patti Smith, I trained as a counselling psychologist. Whilst in training I took issue with several other assumptions counselling psychology made (the allure of cognitivism is perhaps less felt in this particular corner of applied psychology) but I finally found a home so to speak in another sub-discipline: community psychology. After struggling for many years, I can finally combine my passion for community psychology with my expertise as a counselling psychologist and proudly co-organise the Community Psychology Festival, an annual event borne out of hope and glitter. Even though I write from this intersection, I am informed and shaped by theories and experiences that are not immediately apparent in my professional identities.

It might therefore not surprise the reader to know that I take issue not with the very existence of cognitivism, but with its obliterating influence on all other ways of conceptualising human beings. I don’t for a second believe that we are rational and unitary; our internal worlds consist of affectively laden ‘bits’ that can be pre-verbal and unconscious (this is a Kleinian view), and I have started wondering whether producing a coherent self is more of a hassle than it is to surrender to the possibility of multiple selves, even if some of them are conflictually aligned against others. ‘Make happy thoughts’ is just about the worst advice you can give someone experiencing depression or anxiety. I have a problem with cognitivism’s unintended consequence of eradicating the social dimension of what it means to live and act in this world. I try hard to instil in my students a scepticism of mechanistic claims that do not recognise just how deliciously neoliberal their implications for the human condition are (see previous blog entry on ‘resilience’ by Dr Miles Thompson). Speaking of ‘resilience’, this research paradigm is only just beginning to acknowledge that metals should be resilient, humans not so much. Imagine a person who suffers a messy breakdown at work when they are working on a temporary contract and their partner is diagnosed with a terminal illness, at a time when healthcare has been privatised. A breakdown is the healthy response here; that is what should happen in the name of ‘normality’. Quite what form that breakdown may take is a different matter; I do not wish to absolve our fictional friend from personal responsibility. I am not comfortable with ‘victim culture’ and people who are unwilling to locate their own complicity in their suffering; that is if social-material conditions allow for such agency. But to condone any notion that said fictional (yet easily recognisable) person will be described as ‘resilient’ if they continue to work with a stoic half-smile and be in rational control of their emotions is where I draw a line.

No account can ever be ‘objective’, or definitive for that matter, and I do not wish to naively scapegoat cognitivism; rather I seek to reiterate that complex institutional and social conditions have allowed it to enjoy unprecedented platforms (hello inane ‘wellbeing’ apps) and unchallenged status in the Western world. This point has been made before. Several times. It is articulated every time sacred wisdom such as the Buddhist practice of mindfulness is usurped, diluted, decontextualized, and packaged in a cognitivised version, easily available for mass consumption. Distinguished cognitive scholars have grappled with some of the issues described here, and some have actually protested the dominance of the machine as the ultimate metaphor to symbolise psychological activity (cf. Jerome Bruner’s work). How many psychotherapists must speak up to protest the irrational (the irony!) program of mass mental hygiene that IAPT has become? How many psychologists must swallow their ‘depression’ and ‘anxiety’ (50% at the last count) in mental health settings before we all agree: “The psychologists and their cognitive errors (‘I can’t cope’, ‘I’m not good enough’, ‘This is hopeless’) are not the problem here!” Clinical and counselling psychologists know that cognitive interventions have a place in working with distress, but it is certainly not the place they currently occupy. So you might ask, if this has been said many times before, and it is not a hugely incomprehensible point to get hold of, why is there need to still write about it? Hmmm…Let’s call it ‘selective attention’, shall we?

One novel and one TV show that stimulated this piece: