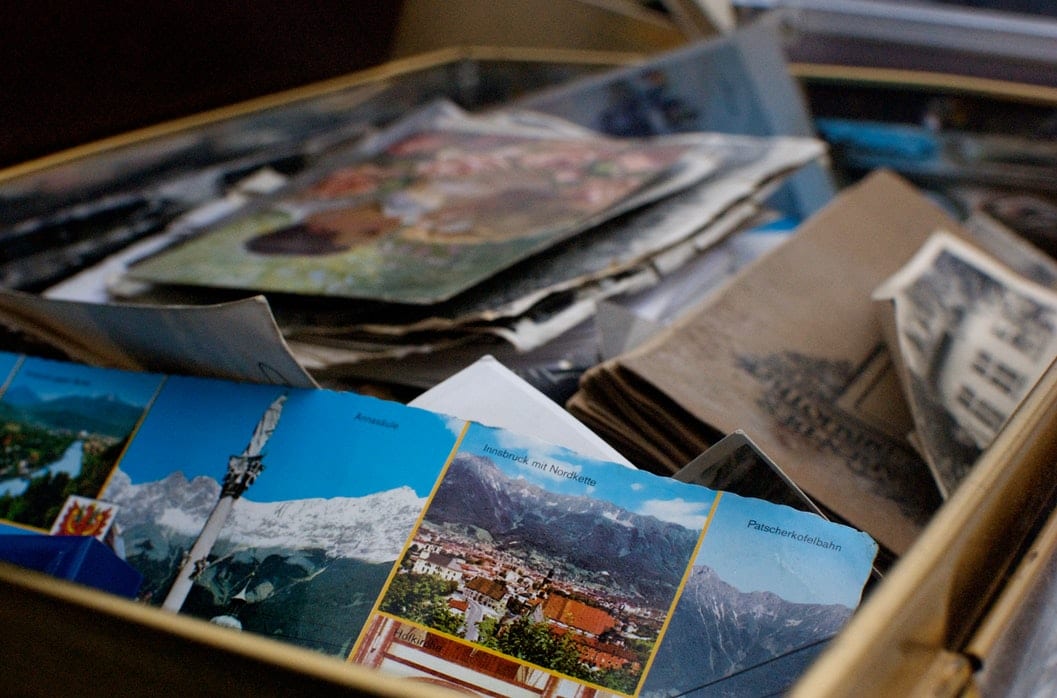 In this blog, I shall talk a little about my research on nostalgia, and in particular how it relates to dementia.  I am interested in exploring the power of nostalgic recall on a person’s sense of self and well-being.

Dementia is forever in the news.  It is now seen as being the most feared of all conditions.  It is generally thought to be intrinsically linked to old age, and it is true that age is the biggest factor associated with various dementias, but it is important to be aware that it can affect people relatively early on.  Dementia is an umbrella term for a range of conditions, the most common of which is Alzheimer’s disease.  Dementias start off by causing very specific problems in cognitive functioning but, with time, decline is global, impacting on all areas of a person’s life.  Rate of deterioration varies but, in all cases, progression is unceasing.  There is also no known cure at this stage for dementia.

The sheer terror of the word ‘dementia’ sets off a cascade of mental and physiological responses, all of which, if not carefully managed, could quickly spiral out of control.  Our wider research programme is concerned with helping people confront the existential threat of dementia while at the same time better managing the associated feelings.

Back to nostalgia.  It is worthwhile exploring what I refer to when using this term.  Before doing so, let’s consider what people generally understand it to mean.  Nostalgia as a concept seems to crop up in many places.  In fact, it might be seen as being the new buzzword.  For my colleagues and me, this is unfortunate as the true meaning of ‘nostalgia’, or more accurately ‘nostalgic recall’, is very specific and has powerful psychological effects.

The origins of the word ‘nostalgia’ bear little resemblance to the common interpretation of the word.  It derived from two Greek words, nostos (return home) and algos (pain), and was first coined in the 17th Century to describe soldiers’ poor state of mind during the time of war where many experienced an overwhelming longing to return to their homeland.  Initially, it was looked upon as a somewhat negative state to find oneself in.  Now, nostalgia is getting better press.  So much so that, as one leading expert describes it, nostalgia is “absolutely central to human experience“.  That quote was by Constantine Sedikides, to whom I shall return very soon. 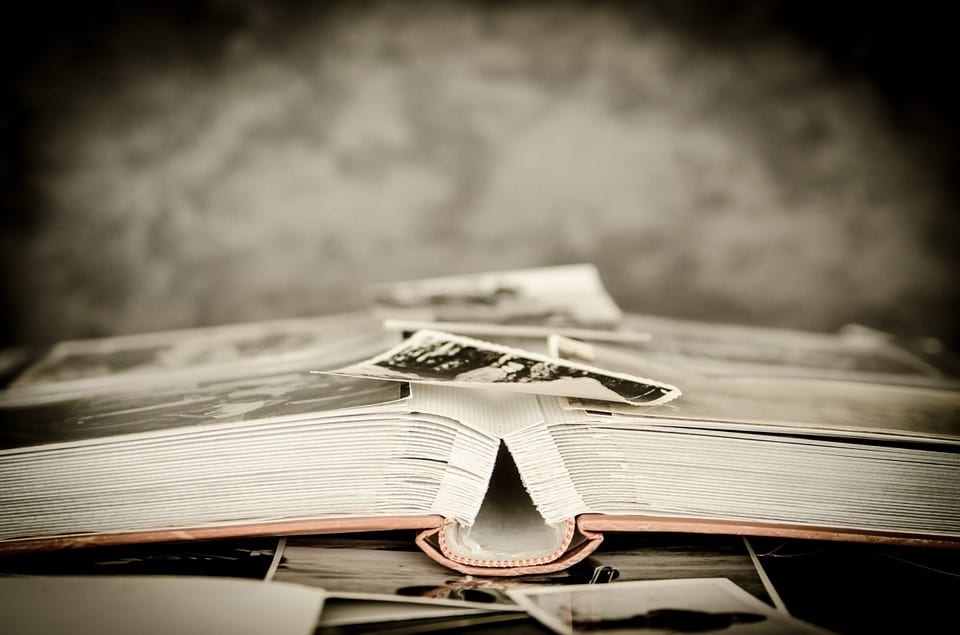 When you ask for synonyms of ‘nostalgia’ in your preferred search engine,  you see listed terms such as wistfulness, longing, regret, reminiscence, and sentimentality.  The Oxford English Dictionary defines it as, “Sentimental longing for… the past.”  A nostalgic memory is something that is meaningful and generally positive.  It is a specific memory of an occasion that holds high personal value.  It is a memory that can be brought vividly back to one’s mind by a particular trigger.  This could be a certain smell, taste, location, or myriad other forms of stimuli.

There is another component to this definition that I left out, where nostalgia also describes a “regretful memory of a period of the past”.

There is a sense, then, that nostalgic memories can be bittersweet in nature.  The memory you bring to mind is powerful, full of positive emotions, but there might also be a sense of dismay or sorrow that you are recalling a memory of a time that is now past, reflecting a life once lived.  However, a characteristic of nostalgic memories is that, although there may be an initial sadness evoked by it, positive emotions associated with the event win through in the end leaving the person feeling strengthened.

One particular nostalgic memory for me is triggered by hearing Rimsky-Korsakov’s Scheherazade.  This piece of music immediately unleashes a clear sense of being at an open-air concert listening to a world-class orchestra.  It was a beautiful evening.  The sun was setting.  Peacocks were peacocking (or whatever the word is for the noise they make).  All was sublime.  The bittersweet element comes into play as I was there on my own, with no one at that time to share the moment with.  With that, there is a tinge of sadness, but the beauty and power of the moment soon leaves me feeling all is right with the world.  It was a true Morse moment.

A great deal of work has been carried out within social psychology exploring the benefits of nostalgia.  The leading experts in this field are Professors Constantine Sedikides and Tim Wildschut at the University of Southampton. Throughout their career, they have amassed a vast body of experimental evidence to back up their claims that nostalgic recall boosts a range of psychological resources.  They have shown that nostalgic recall strengthens a person’s belief in themselves.  It makes them feel as if they are the same person they have always been.  It increases their sense of connection to other people.  Also, after recalling a nostalgic memory, people feel more optimistic and experience a greater sense that their life has meaning.

The research on nostalgia that I will be talking about here is a collaboration with Professor Rik Cheston, Emily Dodd, and Dr Sanda Ismail at UWE Bristol.  This work developed out of an existing collaboration we had with Constantine and Tim where we had been working on exploring how memory often functions to protect us by filtering out information that we might find threatening.  We were interested in seeing if we could show the same effect in people with dementia that they found among healthy adults.   I am happy to report that we did.  Regarding nostalgia, again we wanted to see if we could obtain the same effects in people with dementia.

Our work on nostalgia started with Sanda who was a PhD student at the time.  He began by conducting a systematic review of the relevant literature.  Given that ours is the first series of studies to examine nostalgia in dementia, he focused on reviewing the literature looking at the impact of nostalgia on well-being.  Reminiscence therapy is concerned with discussing the past.  There was little evidence to suggest reminiscence therapy is effective.  That is not to say it does no good, it just means that, when looking across a range of studies, the overall statistical effect is weak.  Reminiscence therapy appears to have an impact on people’s lives.  However, we argue that any positive results are due to people recalling nostalgic memories, and so it is this component that we need to emphasise in order to maximise benefits to the individual.  I shall come back to this shortly when I talk about the intervention we are developing.

We ran a series of experiments where we induced nostalgia.  In one experiment, we looked at the impact of a nostalgic piece of music on a person’s mood and outlook.  In all cases, we found the positive effects of nostalgia that we talked about earlier, but this time in a group of people who had been diagnosed with dementia.

We are continuing to explore the benefits of nostalgic recall in dementia.  We are seeing that nostalgia helps people deal with any disconnect between their current experience and what happened in the past.  One of the things to develop from this work is a new intervention.  Indeed, we are currently trialling a nostalgia-based therapy explicitly aimed at people with dementia.  It explicitly asks people to bring to mind the highly nostalgic memories I talked about earlier.

The findings so far are encouraging.  When developing any intervention, there are some practical issues to take into account.  Will people be able to fit it into their daily routine?  Will it take up too much of their time?  Will they lose interest?  This is before we can consider whether it has any beneficial effect or not.  We also need to assess if there are any negative implications for this form of intervention.  So far the feedback has been positive.  Both the person with dementia and their carer/spouse have been able to find times throughout the week to actively engage in nostalgic recall, and the effect has been beneficial for both parties.

An essential part of any intervention, especially one aimed at improving quality of life, is to obtain feedback from those you are trying to help.  For this intervention, both the person with dementia and their carer play a pivotal role in helping us modify the procedure so that it will be more acceptable and useful.  This careful, iterative process will enable us to have more confidence that the intervention we offer will have substantial practical benefits for all concerned.  Once revised, we will conduct a larger trial to assess its impact on a broader range of people and settings.

I started this blog by reflecting on how the word nostalgia has been adopted into everyday language, and as a result, its true meaning has been lost.  It is important to remember these words were around long before people like us decided to give them specific psychology-related definitions.  What we are arguing is that, when it comes to the therapeutic use of nostalgia, we need to be explicit what we mean.  The reason why we need to be precise is that we believe it will improve a range of key psychological resources. 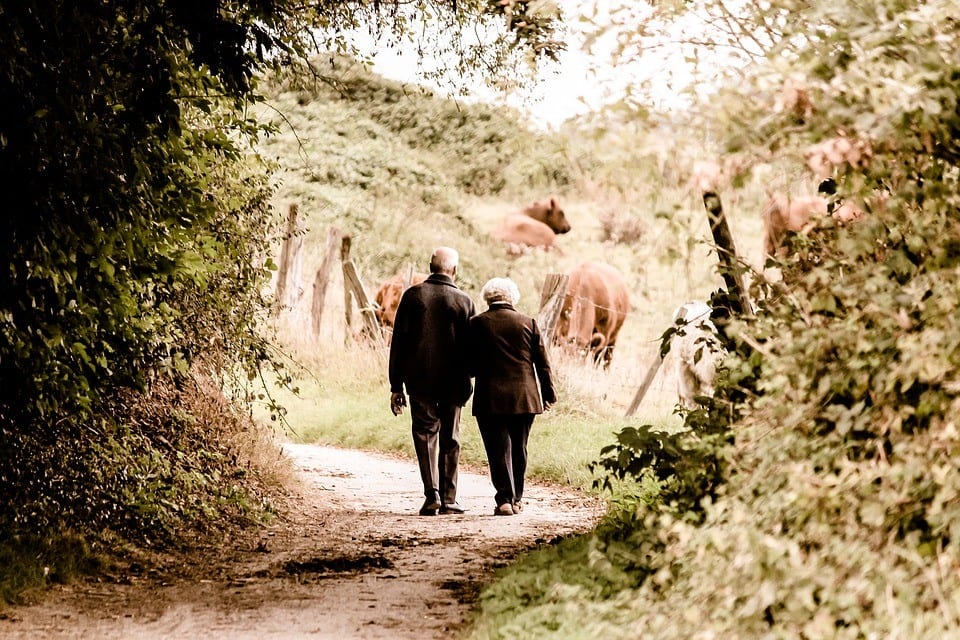 Nostalgic recall is something we can all do.  It does not require a massive amount of time or effort.  In fact, a few minutes, listening to a particular piece of music, contemplating a photograph, bringing to mind a profoundly personal memory that the sound or the image instils, will make us feel better.  It will enable us to better deal with what life throws at us, especially at times when we feel threatened.  In the case of people with dementia, nostalgic recall is something that can be carried out on one’s own, or with a loved one.  After all, believing in oneself, knowing we are the same person regardless of our health, being surrounded by people we care about, feeling optimistic, and knowing our life has meaning is central to living well with dementia.