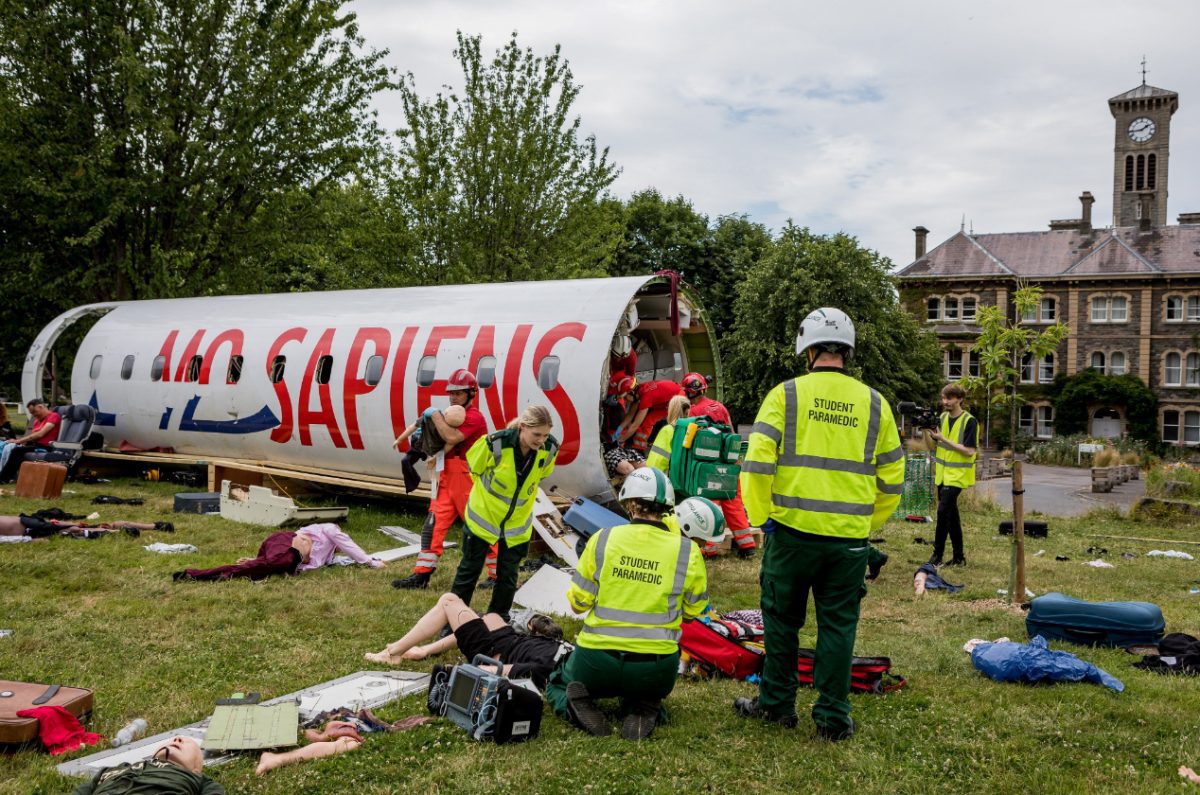 A commercial airliner disaster was the scenario for a major incident training exercise for students at Glenside campus last week!

In one of the most ambitious simulation exercises hosted by the University to date, a section of a Boeing 737 aircraft was transported onto campus and a crash site wreckage was staged.

Over three days, 505 individuals took part in the exercise, including paramedic, nursing and physician students who worked alongside external emergency services professionals to respond to the incident, with actors and drama students playing the role of injured passengers.

Forensic science students also took part in the final aspect of the simulation on Friday, collecting evidence from the scene for an investigation into the incident.

Some students who participated in the training exercise will be called to give evidence in a simulated public enquiry into the disaster on Wednesday 30 June at the Law School on Frenchay campus.

The action was also captured by filmmaking students and BBC Points West who covered the simulation exercise on their evening programme on 23 June.