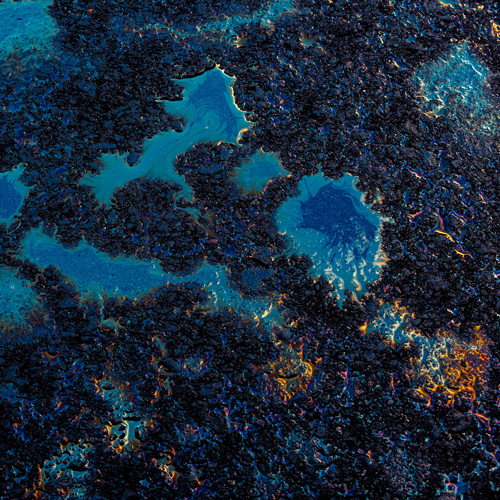 Many of us know the effects drugs can have if you take them. Whether we’ve tried them personally, learnt about them in school, talked about it with friends, or watched narratives around drugs played out in films, on TV and in the media.

A lot of these scenarios focus on the personal, how it might feel, the health implications, or how it could impact our friends, family, finances and freedom.

So we know a lot about the cost to us, and if we zoom out a bit, we might even know about the wider implications of drugs on our local community, but what are the costs that we don’t experience so personally?

What’s the cost to our planet?

It’s not surprising given the largely illegal nature of drugs, that production takes place in remote areas. It’s also not surprising, that to produce some of the UK’s most popular drugs you have to go further afield to warmer climates.

In many of these countries, growing sites and illicit laboratories are found in areas of high biodiversity, including rainforests and other environments which are vital to the overall health of the planet. This results in a wide range of environmental crimes and issues, from deforestation and habitat loss to pollution and drought.

According to a recent survey, the top three drugs taken by UWE Bristol students are cocaine, cannabis and MDMA, with recreation being the top reason for taking them.

So how does the production of these three specific drugs impact on the environment?

One of the biggest environmental impacts of cocaine production is deforestation. Last year The Independent reported that ‘more than 300,000 hectares of forest have been cleared in the last two decades in South America alone’ for the cultivation of the coca leaf (the raw ingredient for cocaine).  These coca farms are largely focused in rural regions of Bolivia, Peru and Colombia, known for their fragile ecosystems including the Amazon rainforest, one of the most vital areas for the overall health of the planet.

Building the immediate growing site, which involves land clearing and diverted water supply, isn’t the only problem. Turning coca into cocaine requires toxic chemicals such as hydrochloric acid and ammonia among other substances which then get dumped into rivers or pits in the ground. The Global Partnership on Drug Policies and Development (GPDPD) reported that in 2019 “1,137 tons of cocaine were produced in Colombia”. This produces around “490,000,000 litres of liquid chemicals and 94,000 tons of solid chemical substances”. These chemicals pollute water supplies harming wildlife and humans alike.

Whilst the production of cannabis is generally considered much closer to home, there are several countries around the world whose biodiverse areas are under threat. Cited in a Mongabay article which explores the legal and illegal production of cannabis, it states that in Madagascar, cannabis production is threatening to destroy and disconnect important pockets of protected forest containing eight threatened species of Lemur and many endemic species of reptiles and amphibians.

Whilst many would think the legalisation of cannabis in certain US states might support a more environmentally friendly approach. The reality is that no drug is good for the environment, and the same violations occur – destruction of the natural environment, chemical and plastic pollution, water diversion and wildlife displacement.

In addition to this, the reliance on indoor growing to satisfy demand has had a big impact on fossil fuel energy sources and carbon emissions. In the same Mongabay article, it states that “in Colorado, it’s estimated that cannabis production accounts for 1.3% of the state’s emissions, not far off those emitted by coal mining”.

To put it into context, one metric tonne of cannabis is equal to the weight of “more than 5,000 iPhones making the carbon footprint of a single joint equivalent to a kilogram of potatoes”.

Cannabis is also a greedy plant when it comes to water and requires twice as much than grapes or tomatoes in order to grow. This can be particularly damaging in drought-stricken areas like California, which has seen devastating forest fires in recent years.

When it comes to the production of synthetic drugs, particularly MDMA and amphetamine, the illegal dumping of toxic chemicals has the most detrimental impact on the environment. One of the hot spots for illegal laboratories producing these substances is concentrated on the border between Netherlands and Belgium. In an article published in the Journal of Illicit Economies and Development, it estimates that “the production of 1 kilogram of MDMA generates between 6–10 kg of chemical waste” all of which ends up burned, dumped in sewage systems, rivers, or buried in the ground.

Elsewhere, sassafras oil and safrole-rich oils which are the key materials needed to manufacture MDMA, are extracted from tree species in South-East Asia resulting in around 500,000 wild trees being torn down annually in the Cambodian rainforest.

Unlike other decisions in our life, such as swapping cows’ milk for oat milk, or plastic bags to reusable ones, we can’t make a more environmentally friendly choice when it comes to taking drugs.

As mentioned, the top reason these drugs are taken by students is for recreation, and research shows that we do make big behavioural choices which benefit our planet, like going vegan or limiting international travel.

Why should taking drugs be any different? Especially when you combine it with other negative implications not explored in this article such as personal health implications, trafficking and other related crimes.

We know you’re an environmentally-conscious bunch and you lead the way when it comes to making changes which benefit our planet. So, we hope you remember some of this when you’re next faced with the decision to take drugs, or maybe when you feel pressured to do so.

If you need help or support with drugs take a look at our webpage.