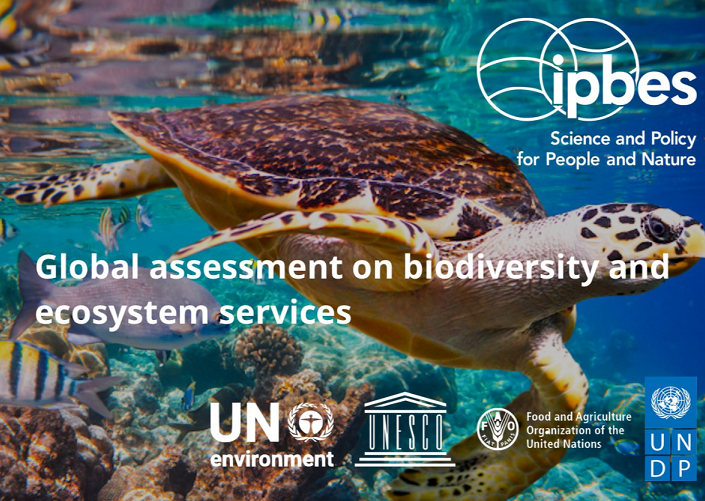 Professor Razzaque acted as a Coordinating Lead Author of the Global Assessment Report on Biodiversity and Ecosystem Services.  Funded by the United Nations, this landmark report presents a wide range of policy responses to promote transformative change, and contributes to post-2030 Agenda of the United Nations for biodiversity governance. The report involved:

The report warns about the danger of the global decline of nature and the acceleration of species extinction at unprecedented rates. The Report finds that around 1 million animal and plant species are now threatened with extinction, more than ever before in human history. Amongst the species that are at risk that are highlighted by the Report include frogs and other amphibians (a 40% decline), reef-forming corals (a 33% decline), marine mammals, insects and at least 680 vertebrates.

IPBES Chair, Sir Robert Watson, states “The health of ecosystems on which we and all other species depend is deteriorating more rapidly than ever. We are eroding the very foundations of our economies, livelihoods, food security, health and quality of life worldwide.”

“The report also tells us that it is not too late to make a difference, but only if we start now at every level from local to global,” he said. “Through ‘transformative change’, nature can still be conserved, restored and used sustainably – this is also key to meeting most other global goals. By transformative change, we mean a fundamental, system-wide reorganization across technological, economic and social factors, including paradigms, goals and values.”

Professor Razzaque adds that “While international biodiversity law has evolved over the years, progress to meet Aichi Biodiversity Targets and Sustainable Development Goals is not satisfactory. Our chapter on ‘Options for Decision makers’ demonstrates that the implementation of 2050 Vision for Biodiversity will require concerted efforts in relation to target setting and policy responses that foster transformative change. Along with existing policy instruments and regulations, additional measures and transformative governance approaches are necessary to address the root causes of the deterioration of nature.”

Based on the systematic review of about 15,000 scientific and government sources, the Report also draws on indigenous and local knowledge.

The impact of the Global Assessment has been far-reaching, as it tracks all global, regional, national and local impacts. Find out more about impacts from the IPBES Impact Tracking Database (TRACK).

Globally, for example, between 2019-2021, the Global Assessment Report has influenced:

In the UK, the following examples highlight the influence of the Global Assessment Report on various decisions and measures:

Professor Razzaque acted as the Coordinating Lead Author and contributed to the following four key outputs; these are available in UWE Bristol Research Repository: