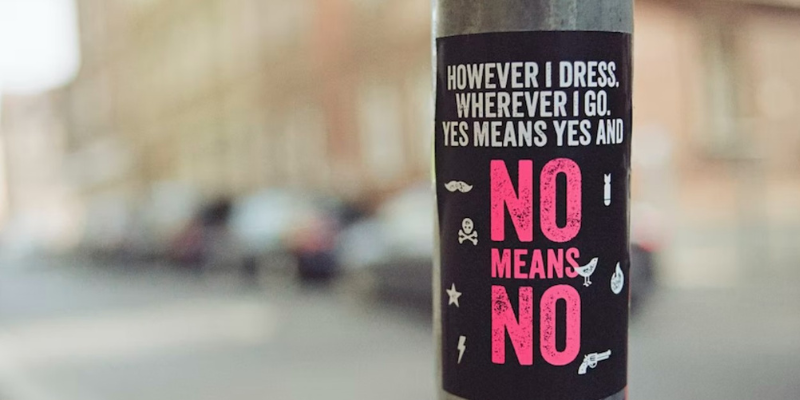 Violence against women and girls happens in a community context and therefore needs a community response, whether that is in terms of how to best respond to violence or how to best prevent it. Therefore, while it is important to work with individuals about their problematic beliefs and behaviours, we need to set a community tone in which these discussions can be held in a more nuanced fashion. There are many different types of communities, from geographic communities, to shared interest, and online communities, as well as, as well as cultural and belief communities. Community comes from a sense of shared values and a common goal of working towards an agreed end. One example of a type of community is a university. Universities work as a community at a meta level (the overarching ideas of the shared values of education, research, and betterment both nationally and internationally) as well as at a more bespoke level (place-based or culture-based approaches rooted in individual universities, campuses, or courses); therefore, the university spans the sociological spectrum and has a role to play at each point. Therefore, because universities are a community, they embody key social values and display social issues, both positive and negative, including violence against women.

Universities UK have stated that violence against women is one of the most pressing issues facing UK universities in the modern era and that they need to step up, collectively and individually, to respond as well as prevent it (Changing the culture report). In doing so, the focus has been on sexual violence, rape, sexual abuse and harassment, with many universities, including UWE  Bristol, rolling out bystander intervention training for students; working with the Students Union and their clubs and societies; rolling out http://researchdata.uwe.ac.uk/610/reporting packages (report and support); working with their mental health and support services to develop better packages of support; developing and rolling out packages to support problematic behaviour in individual students (through the ADDRESS programme); and working to change the campus culture, with support from students and their societies, around sexual abuse (Speak up). However, there is still more that can be done, especially through enhancing staff development and training, as well as better and more effective partnership working with local charities and non-governmental organisations that support victims (i.e., Rape Crisis, The Green House) as well as work with people who are at risk of harming (i.e., Lucy Faithfull Foundation).

If you are a current student at UWE Bristol please complete the survey, which is open until the end of November, via the link below:

If you have any questions about the survey, please contact us directly or via the survey email (campusclimate@uwe.ac.uk).