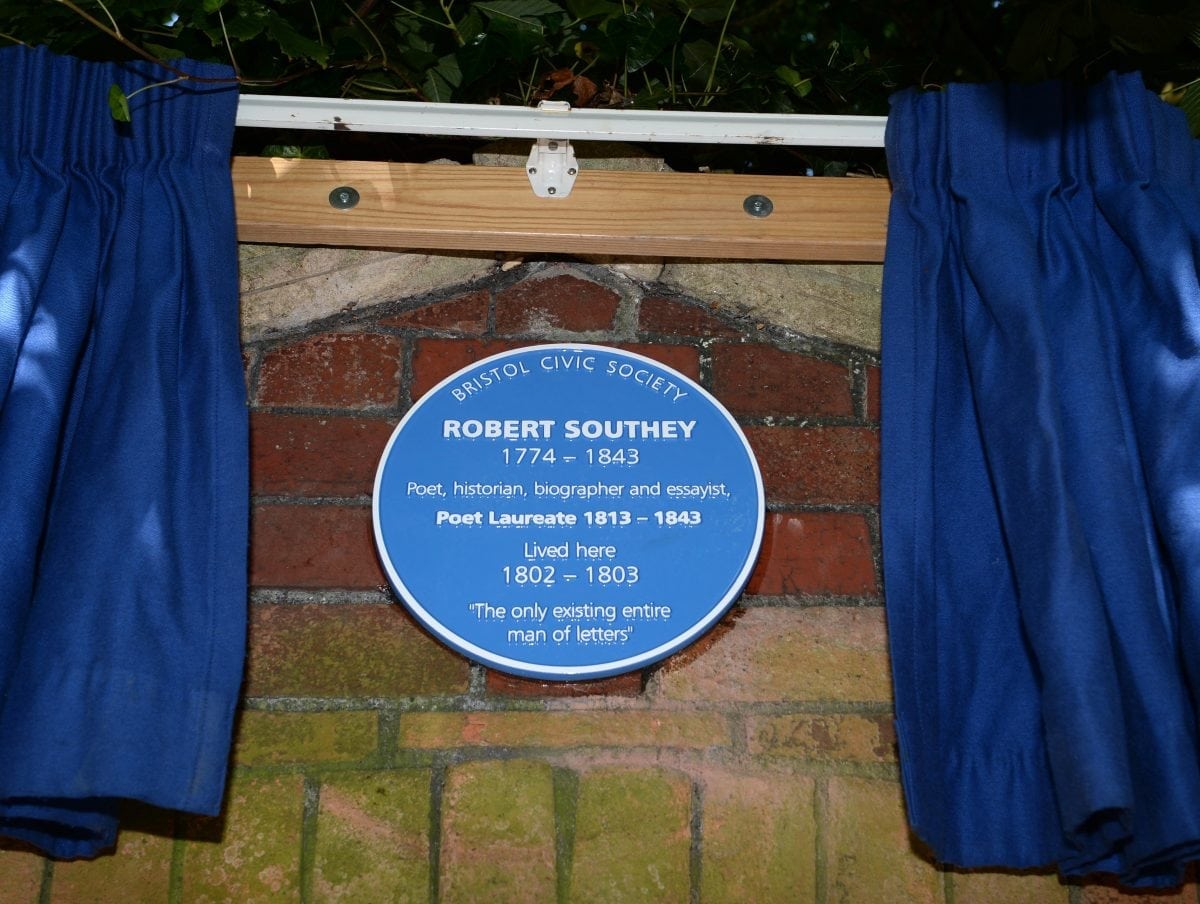 This week, a blue heritage plaque was unveiled in Bristol to denote the house where a famous 19th Century Romantic poet once lived – all thanks to research carried out at UWE Bristol.

While researching a new online course about writers in the west country, Robin Jarvis, who is Professor of English Literature at the University, discovered that former Poet Laureate Robert Southey lived in 87 Kingsdown Parade from 1802-1803.

The house in Kingsdown is a Grade II listed building Southey resided in, and is largely unaltered from how it was when he lived there. 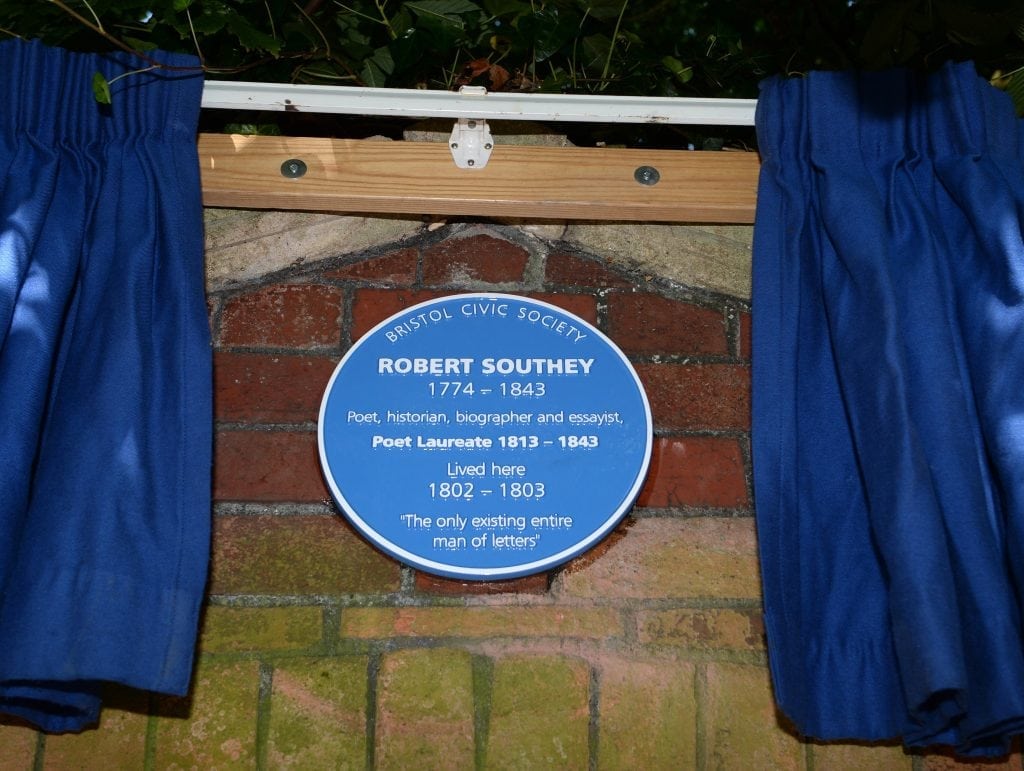 Robin said: “Southey lived the first 30 years of his life in and around Bristol, but this is the only house he lived in for any length of time that survived the Blitz and post-war redevelopment. The link to the poet was previously unrecognised, owing to the renaming and renumbering of streets since Southey’s time.”

Southey was well known in his day as the member of a prominent movement of romantic poets that included Samuel Taylor Coleridge, who was his friend. He also held the post of Poet Laureate for three decades.

Born in a Bristol house on Wine Street, he later shared lodgings with Coleridge in College Street, lived with his aunt on College Green, and occupied a house in Stokes Croft. None of these buildings exist anymore.”

In December 2017, Robin contacted the Bristol Civic Society, which administers the blue plaques scheme in Bristol, to draw their attention to the house, and they approved the commemorative ensign. This week, alongside the academic and the property’s owners, they unveiled the historical plaque in memory of the poet.

“This was a significant residence for Southey because it is where his first child, daughter Margaret, was born and died before her first birthday, hence his short stint in the house,” said Robin.

“Bristol has a rich literary heritage that is less visible compared to Bath, and these are links worth recognising and celebrating,” he said.

“You can often walk around Bristol and be unaware this exists because, unfortunately, a lot of physical evidence of any links has suffered in the war.”

Robin said that Coleridge and Southey got married in Bristol’s St Mary Redcliffe church in 1795, weeks apart from each other. In the latter half of their careers, both poets lived in the Lake District and were part of a Romantic poetry group called the Lake School.

The academic realised that Southey had lived in the Kingsdown House while carrying out research for UWE Bristol’s new free online course called “Writing the West: Literature and Place.”

The programme tells the story of famous writers who have lived in the South West of England. As well as Coleridge and Southey, these include Jane Austen and Mary Shelley, among others.

This is only the second MOOC (Massive Open Online Course) available through UWE Bristol. Since its launch on 18 June, more than 1,000 people from more than 80 countries worldwide have enrolled.

More information about the free MOOC course can be found here: