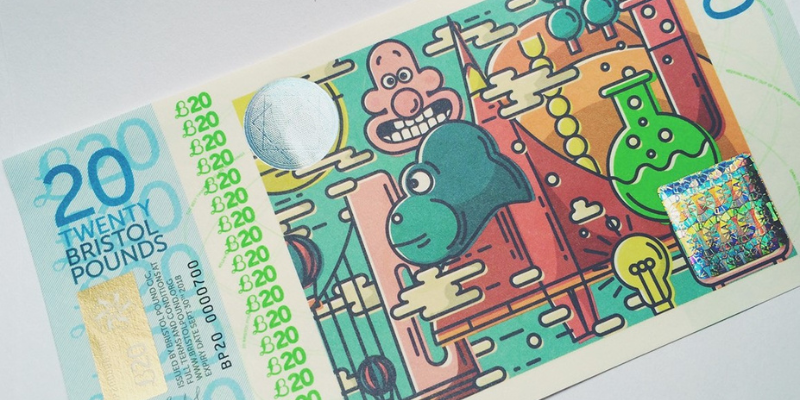 Recent research conducted by undergraduate forensic students at UWE Bristol has revealed levels of drug contamination on the Bristol Pound (£B) notes.

A high percentage of circulating bank notes across the world are contaminated with illicit drugs. Contamination on bank notes can be spread through direct contact and contamination from cash points, whilst paper-based bank notes are also believed to present a suitable matrix for the inclusion of drug particles.

Research has revealed that it is possible to detect some geographical or regional variation in the drugs found on different bank notes- for example, cocaine is the most frequently seized stimulant in western and southern European countries, whereas, amphetamine and ecstasy predominates across northern and eastern Europe.

To present, there have been no investigations regarding drug contamination of local currencies. The team at UWE Bristol have delved into this area of research, which presents an interesting angle on drug circulation.

The Bristol Pound at the time of sampling was the largest local currency in the UK, with approximately 7 million circulating from September 2012. Using a total of 28 £B banknotes, drugs were extracted by simple sonication, filtered to remove dirt and paper fibres. The levels of drugs were then determined by liquid chromatography tandem mass spectrometry. Cocaine represented the predominate contamination, mostly associated with the £B 20 notes, the highest domination in circulation.

“This is an exciting piece of research, undertaken with a number of undergraduate Forensic Science students as co-authors on the paper. It highlights the extremely low levels of drugs that can be determined by sophisticated instrumentation such as liquid chromatography tandem mass spectrometry. I now undertaking further research into the levels of illegal drugs in water and air.”

To find out more please visit our research repository.