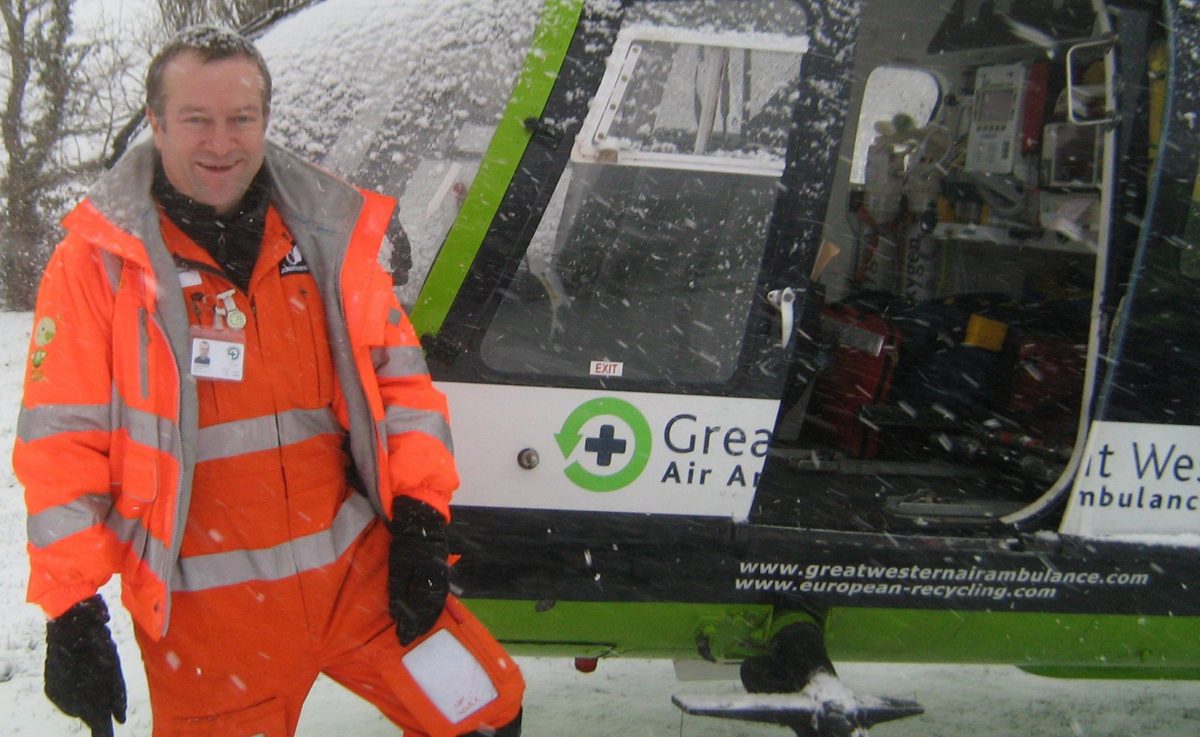 Professor Jonathan Benger wears many hats and works long hours. He is a consultant in the Accident and Emergency (A&E) department of a Bristol hospital, overseeing junior doctors and attending to patients. He also works for the South Western Ambulance Service (he helped to found the Great Western Air Ambulance Charity), and is involved with policy and strategy for NHS England. The rest of his seven-day working week involves one and a half days’ research at the University of the West of England (UWE Bristol).

Over the past decade, Benger has helped establish UWE Bristol as a focus for emergency and critical care research, particularly around pre-hospital care. As a result, his and his colleagues’ academic work has a genuine impact on what is going on in the real world and improves the health of individuals.

Managing a patient’s airway after a cardiac arrest

What work is he most proud of so far? The research study Airways-2, a collaboration with UWE Bristol and the University of Bristol’s Clinical Trials & Evaluation Unit, on how to manage a patient’s airway in the early stages of out-of-hospital cardiac arrest. Some 60,000 people suffer a cardiac arrest (when the heart stops beating suddenly) outside of hospital in the UK every year, and one of the internationally recognised unanswered questions about this condition is how best to manage the patient’s airway. “Historically we’ve put a breathing tube in the patient’s windpipe, but some data suggests it might be harmful to do so at an early stage, and it is unclear why,” says Professor Benger. Newer devices sit at the back of the throat and provide oxygen, so he and his colleagues are testing the two alternatives to see which approach works best.

“This is a huge trial that people said couldn’t be done because it’s so hard to deliver,” he says, but the researchers first secured a quarter of a million pounds to carry out a feasibility study, before receiving a further £2m to conduct the full trial. This means that as many as half of all patients who have a cardiac arrest out of hospital in some areas of England are likely to end up in the study. The researchers will publish results in 2018, and these could have a huge impact internationally. The Professor believes his team will answer the question of how best to treat cardiac arrest victims at the scene in a way that is likely to change the guidelines for resuscitation worldwide.

Another research project close to Benger’s heart is his involvement in the redesign of the interior of ambulances currently used in the UK. Over the years, paramedics have gradually needed more material in the emergency vehicle, with treatment frequently taking place in the ambulance itself. When paramedics are providing care in situ, time can be at a premium and an efficient configuration of medical instruments and drugs can save time, and reduce the risk of an infection spreading.

Professor Benger and his colleagues therefore teamed up with the Royal College of Art to design a new ambulance from scratch. The challenge was to create something within limited space that maximises capacity for treatment and optimises layout. To do this, the researchers ran scenarios in the ambulance to observe how paramedics treated patients (who for this study, were actors). “We redesigned the ambulance and then got another set of paramedics to come in and see how they used the space differently,” says Benger. The team also looked at the spread of contamination around the vehicle using a dye and showed how an efficient layout with dressings and other equipment close at hand, could reduce the spread of bacteria.

Building an ambulance demonstrator provided the team with a springboard to secure funding from the EU to work on a European-wide project. The aim now is to feed this into ambulance design across Europe, encourage mass production and, therefore, bring unit cost down (in England each ambulance currently costs the NHS up to £60,000). Thanks to this ongoing research, the service has already seen some improvements in joint procurement of ambulances in the UK. Other incorporated suggestions from the team’s work include ambulance services placing stretcher trolleys in the middle of their vehicles, which means greater paramedic mobility and access to the patient. “Fewer people going to hospital because you have delivered more treatment at the scene is good for the system,” says Professor Benger.  “If it’s a safer ambulance, then there are lower risks of picking up infections too.”