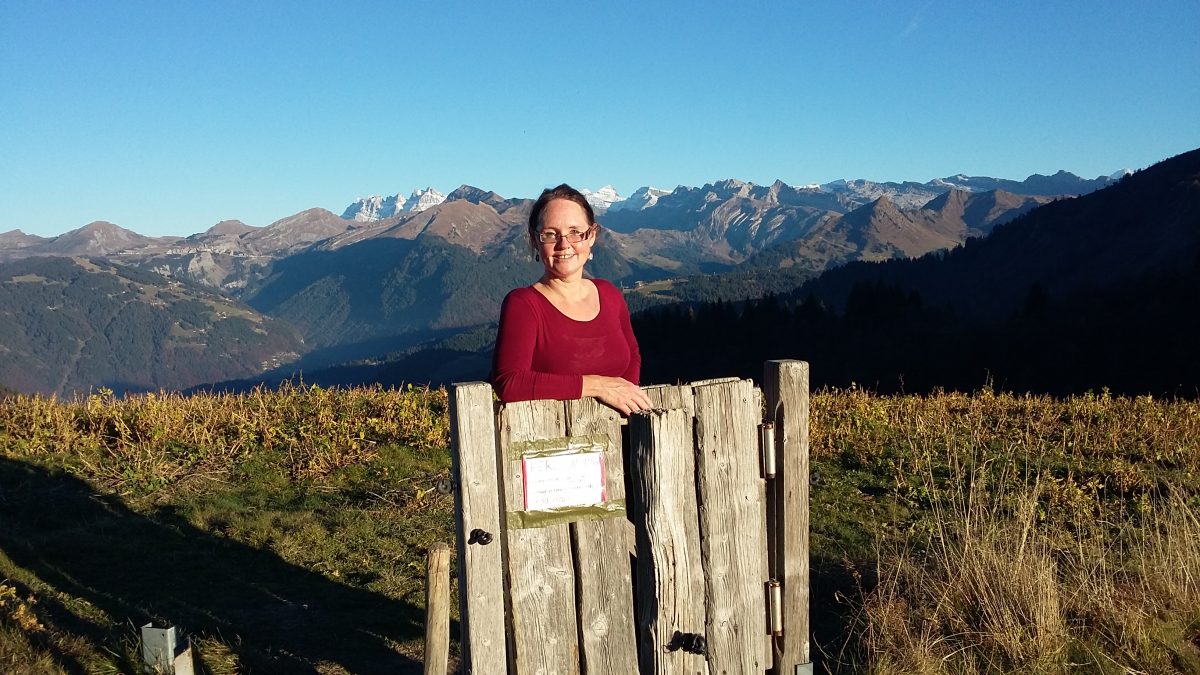 To celebrate International Women’s Day, we look at Anita Gulati’s research on mindfulness and its role in enabling creative, sustainable leadership and re-enforcing resilience. Gulati works at the University of the West of England (UWE Bristol) and is Associate Director of its Bristol Business Engagement Centre (BBEC). She says her grandfather’s story has served as inspiration in her work.

Harbans Lall Gulati came to the UK as an Indian immigrant in the 1920s and hearing about his life has helped Anita Gulati understand why she is so interested in mindfulness and meditation. “Despite working as a doctor in a busy practice in London, every day my grandfather used to close his consultation room door for 20 minutes to meditate. I discovered this recently and it gave me a very strong sense of connection to my ancestors,” says Ms Gulati.

Her aunt, Dr Meira Chand, who recently took up yoga aged 75 ­-­ three years after completing a PhD – is now writing a novel about Harbans. Ms Gulati believes that if there were ever an example of resilience in the face of adversity, it is to be found in the story of his life.

After completing his medical training in the land of his birth, Harbans emigrated to England with the intention of working as a doctor. On arrival, he walked all the way from Liverpool Docks to London and slept in Hyde Park, only to discover that his medical qualifications were not recognised in the UK. He repeated his training at Charing Cross Hospital, and eventually requalified. The colour of his skin, however, resulted in him being shunned when looking for premises in which to practise medicine. This challenge was overcome thanks to a Jewish jeweller in Battersea Rise who let him use part of his shop as a consultation room.

Throughout the Second World War Harbans served the local community, treating the injured and assisting the poor, eventually helping to set up Meals on Wheels (the service that today still delivers meals to those who cannot cook for themselves). He also became involved in local politics, becoming a councillor for Battersea South ­– a rare occurrence for someone from South Asia in those days.

Inspiration from her grandfather and her experience as a sociologist and psychologist has ignited in Ms Gulati an interest to know more about mindfulness, a form of meditation involving focusing on the present moment. “It is perhaps my grandfather’s tale that inspired my passion for the human mind,” says the researcher. Gulati and her colleagues are now exploring why mindfulness seems to help people deal with life’s stresses, how it can sometimes make us more resilient, especially as leaders, and why alongside the notion of leadership, it has become an increasingly important concept.

Three years ago, Ms Gulati attended a conference on the neuroscience of mindfulness and scientific impact, where she met Dr Peter Malinowski after he gave a talk on the mind and meditation. “I have since been collaborating with him and Dr Carol Jarvis (UWE Bristol) to explore the role of mindfulness in compassionate and resilient leadership,” says Ms Gulati.

The three researchers have found that, in today’s uncertain world, the fastest does not always win the race (as shown in Aesop’s fable of the tortoise and the hare, believed to date back some 2.5 millennia). This idea seems to have lost currency in contemporary organisations and their research explores the challenge of learning from, and injecting some ancient wisdom into, contemporary organisational settings. “As my grandfather perhaps discovered, stopping to ‘smell the roses’ rather than rushing to ‘wake up and smell the coffee’ can impact organisational sustainability and resilient leadership,” says Gulati. “We are exploring how this works and assessing the creative tension that may emerge from this juxtaposition,” she adds.