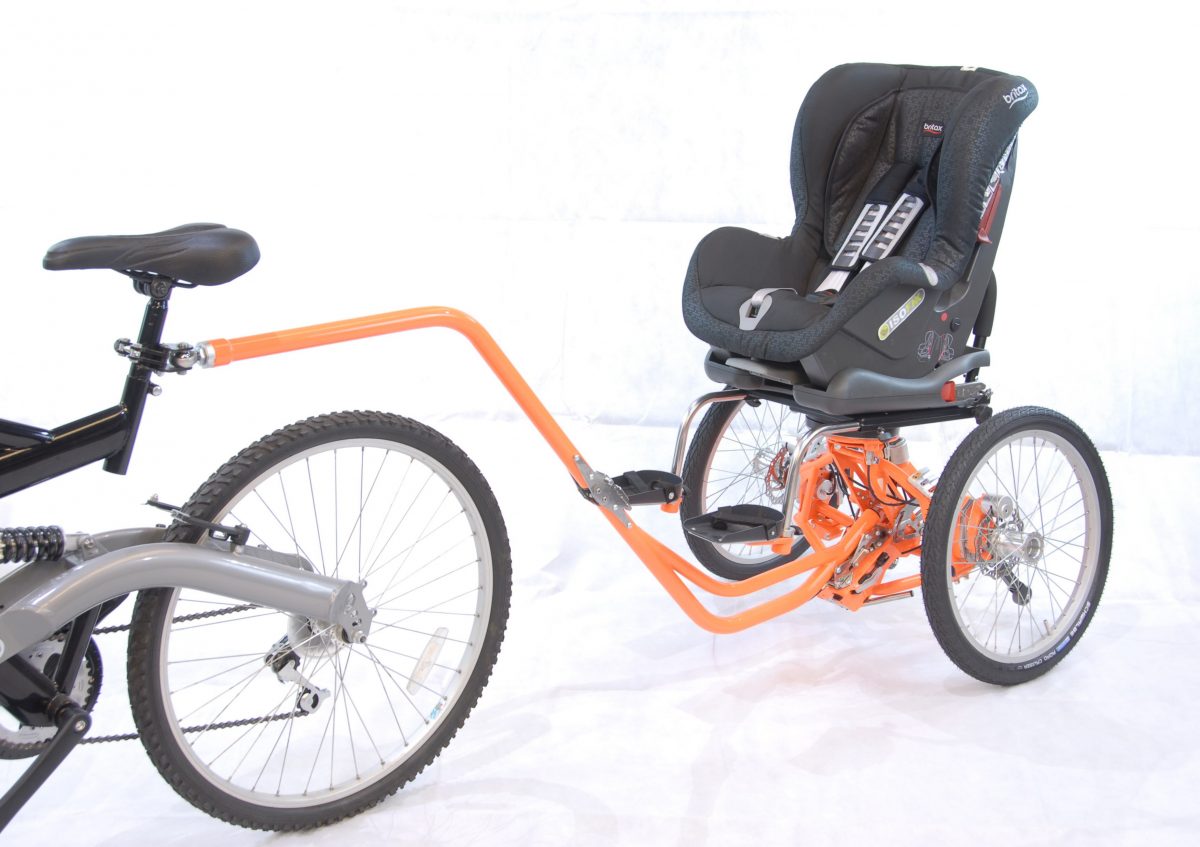 In 2013 Bob Griffin was ushered through the gates of Buckingham Palace to meet the Queen. The entrepreneur who set up Tomcat, a company in the south west, was there to collect his Queen’s award for Enterprise in Innovation. The company manufactures trikes for children and adults with mild to severe disabilities, whether learning, visual or physical.

Based near Gloucester, Tomcat is known for its bespoke trikes, the unique design of which means carers accompanying the rider can control the vehicle from behind using a steering and braking lever.

Just a year after shaking hands with the monarch, Bob was looking to design a new wheelchair product called ‘Sunfly’ and was successful in receiving a grant through the University of the West of England’s (UWE Bristol) Innovation 4 Growth (I4G) scheme, which supports SMEs in the South West to develop innovative products.

Inspired by families whose children sometimes became severely disabled because of illnesses like meningitis, Sunfly has multiple purposes. Due to launch in 2017, users can modulate it to allow a child to nap, eat, and sit in different positions. Its clever design means the structure can house various types of specialised seats and can be broken down into separate, easily transportable parts. Sunfly also doubles as a trailer to carry a child behind a bicycle.

The R&D took over a year, as there was an intense focus on safety. “Turning Sunfly into reality was a real challenge, but without UWE Bristol’s I4G funding, it would have been even more difficult and perhaps unachievable,” says Bob.

The story of Tomcat goes back 20 years. Bob’s stepson, Tom, had severe learning difficulties and was keeping the adults awake at night because of surplus energy he was unable to expend during the day. Although Tom had a trike, it was hard to control and so it gathered dust in the shed.

Bob, at the time a Merchant Navy engineer, realised tricycles were very basic. “In terms of blindness, learning difficulties or spatial awareness, there was nothing out there,” says Bob. While on a posting, he used the ship’s workshop to build a system to add onto Tom’s existing trike. Tom and his mother, Anne, were delighted.

Usually Tom would walk for 100 yards and get bored but, thanks to the trike, Anne could control it from behind and he was able to ride up to three miles. “To see him achieve that was quite emotional,” recalls Bob. After a subsequent visit to the school Tom attended, other parents asked Bob to build trikes for their own children.

Two decades later Tomcat products (the firm’s name is derived from his stepson’s name) are as popular as ever. Bob is now developing new products thanks in part to a second round of funding from UWE Bristol’s I4G. The grant is helping with the development of both an adult trike and a semi-recumbent tricycle. The products will target those with mild sight, balance and age-related difficulties, as well as people with profound and multiple disabilities.  A major feature of the new machines will be the way they enable users to get on and off more easily.

The semi-recumbent trike, due for release in February 2017, will be more upright, with higher seating and a straighter back than competitors’ products. Another objective will be to incorporate a swivel, or height-adjustable saddle, on the pedal vehicles.

Of course developing these products has once again presented Bob with a number of challenges, like how to achieve greater transportability with such a large machine. Again, support through UWE Bristol’s I4G programme will help him overcome those issues.

To find out more about Tomcat please visit their website: http://tomcatspecialneeds.co.uk/