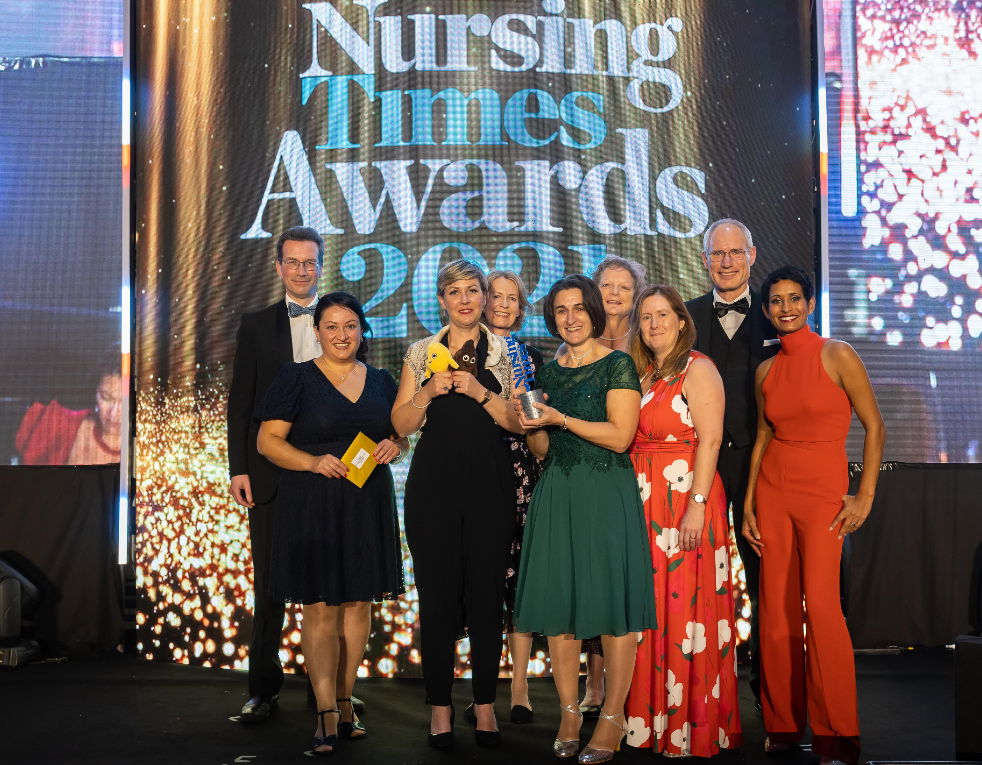 An app developed by a national team including UWE Bristol academics has recently won the Nursing Times Award for Continence Promotion and Care.

The free CONfidence app was developed by the Bladder and Bowel CONfidence Health Integration Team (BABCON HIT) as part of Bristol Health Partner’s Academic Health Science Centre.  Development included a national team of clinical experts and patient and public partners, supported by a local self-care app developer, Expert Self Care, to develop a unique app to enable people with bladder and bowel leakage (incontinence) to access self-help advice and information.

The BABCON HIT and app project is led by Dr. Nikki Cotterill, Professor in Continence Care at UWE. The CONfidence app was launched in June during World Continence Week and has just achieved over 1000 downloads. It has been termed a ‘gamechanger’ as it bridges the gap between the millions of people with symptoms who feel they are alone and nothing can be done, and the evidence-based guidance that can really make a difference.

The award winning app has already proven to be hugely successful and has been covered regionally, nationally and widespread on social media.

Nikki commented “We are thrilled with the reception of the app so far. Nationally, we’ve seen services adopting it into their service pathways as it aligns with the NHS Long Term plan to promote self-care. It’s also been included in the Orcha app library and is currently undergoing an NHS DTAC review. At its core though, the app can help people to take control of their life where bladder and bowel symptoms are taking the lead, avoiding the physical and mental health declines that can ensue.”