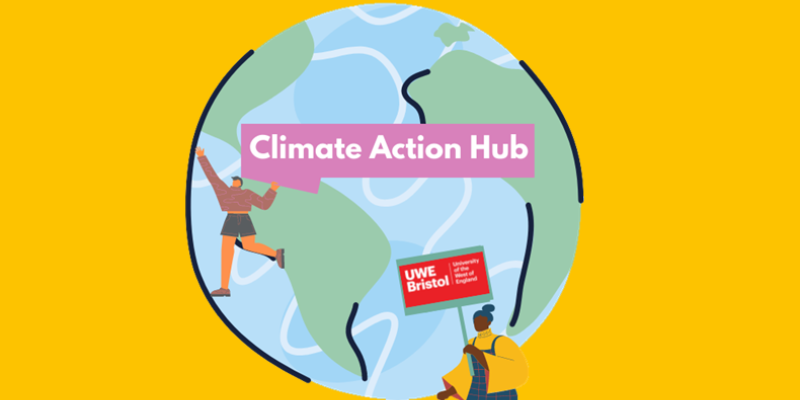 We all need to work together to address the climate and ecological crisis and young people are crucial to this process. However, as many young people have a chronic lack of self- and system-efficacy – the belief that they, their community, people in positions of power and the tools available to them can make a difference – they do not engage in decision making[1]. It is therefore our job as adults to overcome these barriers to allow as many people as possible to partake in sustainability decision making. Rather than prescribing solutions, older people need to connect with the younger generation over what they care about and provide a framework for them to find their power, enabling young people to work together to come up with contextually relevant solutions and create channels for these ideas to be implemented. Our project is just one example of many that shows how this can be achieved.

At the start of this year an idea was sparked that led Dr Laura Fogg-Rogers and I to create Climate Communications training specifically for young people (16-24-year-olds). As science communicators, we are acutely aware that it is not just what you communicate but why, how, where and with whom you communicate that counts. So, we wanted to share what we knew with young people for them to gain the confidence and skills they needed to communicate with diverse audiences in engaging ways that specifically aimed to influence the audience’s decision making. We pulled together colleagues from different specialisms and with connections to young people, and together we delivered a free day-long workshop at UWE, with food and drink vouchers for all participants. 12 young people attended, representing Avon Schools Eco Network, UWE-Bristol, and the Youth Action Partnership of CCC-Catapult.

A key focus of the workshop was for the young people to agree on ways of working together – as this is all too often forgotten about when working on projects/campaigns – and for them to narrow down their area of interest (e.g., fast fashion, food waste, meat consumption) into a tangible action for a person in position of power and influence. From this, they worked in teams to map those in positions of power and influence within their educational setting, role played with such people to learn the art of active listening and influencing, prototyped an object for an interactive stall, and turned their hand to filmmaking to raise awareness about their issue. The segment on object prototyping was delivered by Dr Deborah Adkins, who used her 3D laser-cut wooden home models to showcase how these are being used to raise awareness about retrofitting, while the film-making segment was led by science communicator Joshua Warren. You can read more about the day here.

From communications to social action

In the process of developing the workshop we saw a knowledge exchange funding opportunity from UKRI HEIF to further develop the training. All the team pulled together to write the application and we were thrilled to hear, just a few weeks after the pilot workshop, that we had been successful! This gave us another five months to deliver training to young people in the West of England, under the name of CAH-OOT: Climate Action Hub: empowering youth engagement. Taking on board the feedback from the pilot we ran social media training with interested participants and thread this training along with the sessions from the day into a Youth Climate Comms Toolkit. The toolkit was shaped by additional input from the participants and their networks and with support of Team Entrepreneurship Coach Lauren Davies, who ensured entrepreneurial competencies were embedded throughout. In the two months since it has been uploaded, it has had over 400 views and been handed out physically to over 150 young people.

Bite-size trainings from the workshop were offered during the Great Science Share, UWE’s Family Fun Day and at the Global Goals Centres’ Groundbreakers awards ceremony. In addition, in-depth training, consisting of two two-hour sessions held on consecutive weeks was delivered to a college at Bristol. The aim was for the young people to work together on creating communication campaigns around a priority area for their college to lay the foundations for a youth-led Climate Action Plan. The first session focussed on action planning and effective team relationships, while the time in-between was for teams to prototype their communication methods supported by a Team Entrepreneurship student coach and the toolkit. They also had to think about costs associated with the change they were asking for, as for many their audience would have this in the forefront of their mind, as well as co-benefits to show the wide-ranging impact the change could have on their place of education. The final session, meanwhile, was for the teams to present their ideas and reflect on questions such as “what do we do if at first, we do not succeed?” and “how to we maintain and build momentum on these issues?”. Together, the teams came up with plans to speak with Catering about monitoring and reducing food waste, work with the business team to change the bins and signage to make recycling easier, and develop a poster campaign to promote the reusable cup incentive scheme that the young people were previously unaware existed. The teacher was very keen to support the students and helped facilitate the necessary conversations.

In total, CAH-OOT directly engaged 201 young people and 337 adults and indirectly engaged at least 5,000 young people. Further, it is estimated that the total reach of the project to all ages, thanks to the promotion of our work at various events and through media channels is over 35,000.

Findings from both the pilot and the in-depth training revealed that these sessions improved young people’s hopefulness, trust in decision makers and belief that they could make a difference. This is exactly what we had hoped for and thus, knowing this model works, we applied for more funding, this time from Enterprise Educators UK, to roll out the project to more formal and informal education settings. A matter of weeks after we finished CAH-OOT we heard that once again we were successful, this time scoring 1st place from all applicants!

Thanks to our efforts in promoting CAH-OOT, we already have a handful of organisations wishing to work with us and will begin our conversations with them this September to work out how we can work together for mutual benefit. To ensure the project remains co-designed, we will take on board all the suggestions from the participants and coaches on how to improve the training and will invite participants to contribute to any papers that we produce. All pilot participants have been given a local veg box voucher as a token of our gratitude and their affiliated organisation acknowledged in all publications produced.