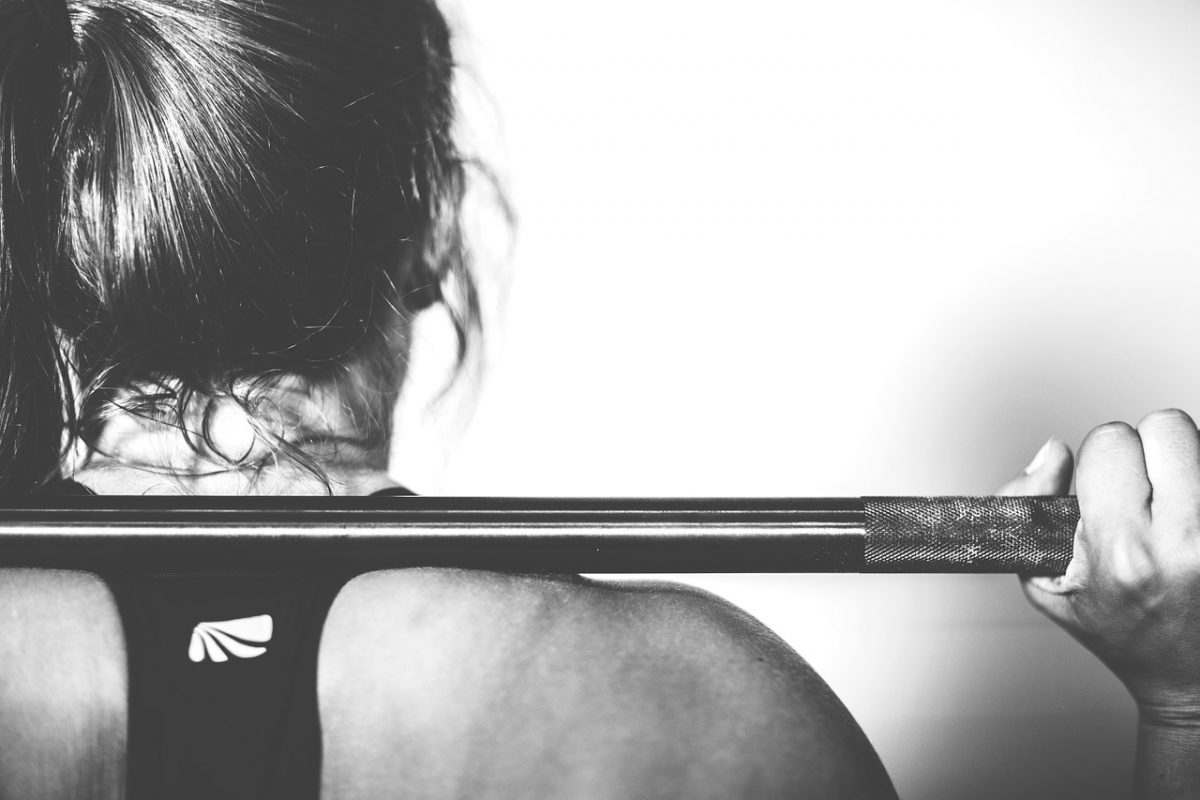 Exceptional physical features, together with high commitment and motivation, are important attributes of high-performance athletes. However, when faced with frustrating setbacks, the same qualities of commitment and motivation that have elevated athletes above the pressures of competition can be their own worst enemies. It is not uncommon for elite athletes, especially young athletes to push themselves too far, to overreach and experience extreme tiredness on a regular basis and never reach their full potential because of excessive training load and insufficient recovery.

Overtraining syndrome has been described as persistent fatigue and underperformance, which occurs following hard training and competition. The symptoms do not improve following two weeks rest and there is no other identifiable cause. It can be a devastating condition, as highly motivated athletes have to cope with the frustration of reduced performance and taking extended periods off training and competition to recover. Monitoring and treating a persistently fatigued athlete can be challenging, as the root cause of the fatigue is often not recognised until months of poor performance have passed. Accurate diagnosis is difficult as there are often numerous other medical and psychological conditions that present with similar symptoms.

There is much debate in the sport science literature regarding the aetiology of overtraining syndrome. Various physiological mechanisms have been proposed to influence an athlete’s vulnerability to the overtraining state. These include low muscle glycogen, decreased glutamine, central fatigue, oxidative stress, an imbalance in the autonomic nervous system, hypothalamic dysfunction and elevated cytokine levels. However, no single marker can be taken as an indicator of impending overtraining syndrome. Until a definitive diagnostic tool for overtraining syndrome is developed, regular monitoring of a combination of performance, physiological, biochemical, immunological and psychological variables seem to be the best strategy to help identify athletes who are failing to recover properly.

My passion for conducting research in the area of overtraining syndrome was inspired by my personal experience of the condition when I was competing as a national level lightweight rower. I understood first-hand what a debilitating condition it can be and the devastating impact it can have on an athletes’ career. I desperately wanted to help further our understanding of the condition so that sport science and medical practitioners could better support athletes like myself. There is a wealth of research that has examined the pathology of the overtraining syndrome, but no comprehensive understanding of the subjective experiences.

When I started my research, I was excited to conduct my first interview with a triathlete who had suffered with the condition for the last five years. I thought long and hard about the questions I was going to ask, and I was eager to hear his responses. But at the end of the interview I felt bitterly disappointed that the answers I received told me nothing I didn’t already know. I could not understand why. Perhaps he had difficulty accessing and communicating his experiences, maybe he was offering a rehearsed narrative, or was it that I was asking the wrong questions?

I attended a seminar organised by my colleagues Victoria Clarke, Nicola Holt and Elizabeth Jenkinson from the psychology department at the University of the West of England, in collaboration with Cathy Randle Phillips and Catherine Butler. The seminar focused on exploring the potential for creative and arts-based methods for applied psychological research. Whilst feeling demotivated and dejected about my research it was following this seminar that I experienced what can only be described as an epiphany. I realised that the problem was that I was asking questions I already knew the answers to; overtraining syndrome had become too familiar – I needed to make it unfamiliar.

It has been suggested that by introducing a visual element to the process of data collection we can potentially provide different ways of knowing and understanding. Art can address atomization by forcing us to slow down our perception, to encourage us to linger for a while and to notice new things. Perhaps if I utilised visual methods in my research I could disrupt the athletes’ narratives and allow the unsayable to reveal itself? If I asked my participants to play with Lego, paint and take photographs would it provide a platform for exploring their world in more reflexive depth?

The Dormouse – Recollections of a lightweight rower with overtraining syndrome

In my role as a practitioner I have been humbled and privileged to hear the stories of athletes I work with. I have shared in their joy and their sorrow, I have played a part in their journey of self-exploration – my role has been so much more than enhancing athletic performance. Yet in my research, to date, I have not allowed my participants to tell their stories. So, like all mad scientists I conducted a little experiment on myself! I got my camera out and started taking photographs of what overtraining syndrome meant to me. These are the images that represented my experience of living with the condition and some extracts from the story they inspired, told as part of The British Journal of Sports Medicine’s Patient Voices series this month.

Making weight was a challenge for me and my crew, the extreme and frankly ridiculous weight loss strategies we employed in the days leading up to the National Championships in 2000 seem incomprehensible now. I was not at race weight the night before the finals, so I severely restricted my food and drink intake, to the point of dehydration. I remember feeling so thirsty it was uncomfortable to swallow. The blissful sensation of sucking the moisture out of my toothbrush – I savoured that moment when the cool, minty water slid down my throat, it could have been champagne! It was July and I had set the central heating in the house to full blast, I had put on as many layers of clothing as I could, and I slept motionless, restrained from the weight of the blankets pinning me down. Despite subjecting my housemates to a night in a sauna, the next morning I was still 500g over race weight. In a last ditch attempt to be able to compete, I fashioned a t-shirt out of a bin liner, layered all my cold weather kit on top and ran a few laps round the housing estate. I remember darting behind a dustbin when I saw my coach drive past, I did not want him to know the shameful extent of my weight loss strategies. But to me it was normal, it was just part of being a lightweight rower, we all did it, I think our coach did know but he chose to ignore it.

These strategies proved effective as I won a bronze medal at the Nationals, and later a coveted place on the England lightweight women’s rowing squad for the 2002 Commonwealth Games.Everything was going to plan, when one morning at 5.30am as I reached over to turn my alarm off, I felt my head begin to spin, my heart was pounding, and I felt violently sick. I threw up to ease the nausea, sipped some water, put on my kit and drove to the rowing club. I managed to complete the training session, but my legs felt like lead and my heart was racing. This was the start of a progressive decline in performance.

One of the most debilitating symptoms I experienced was the need to sleep. I became affectionally known as “The Dormouse” because I slept over 10 hours a night and during the day. When I stood up my heart rate would go through the roof and my blood pressure would drop, I felt constantly dizzy and sick. I caught cold after cold and I felt like I had a pair of golf balls permanently lodged in my throat. Despite these debilitating physiological symptoms, I was more motivated than ever to represent my country.

It took me two years until I was well enough to do a full training session on the water with the rest of the squad. I had various relapses along the way, but none as severe as the first one. By the time I was fit enough to trial for the national team again I was completely burnt out. The sport that I loved more than anything else in the world, became something I despised and not long afterwards I quit (Woodford, 2019).

My current research has embraced some of the methods offered by the creative arts and has empowered my participants to shape its direction. I am excited about how this new approach can further our understanding of this debilitating condition and help us develop strategies to support those athletes with overtraining syndrome.