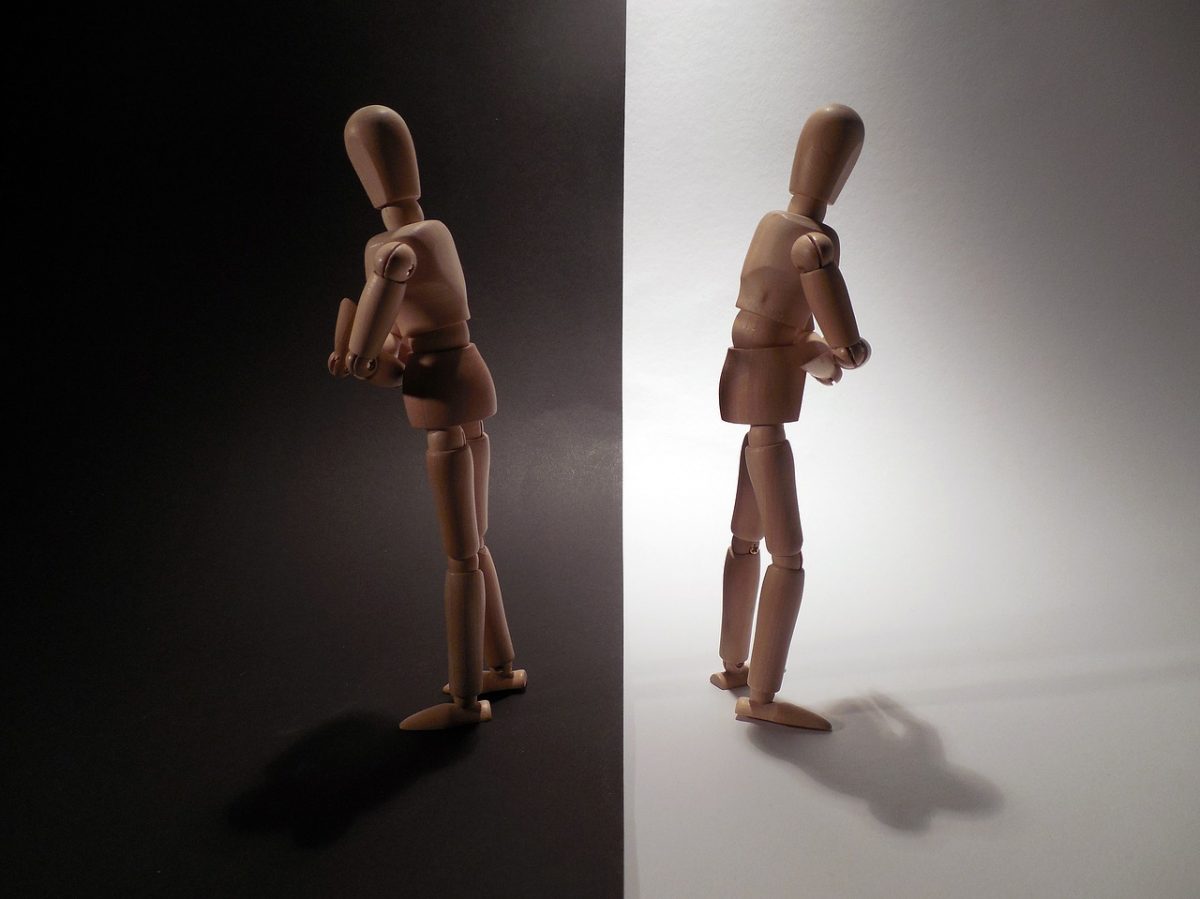 In everyday life, you will be asked to report your attitudes and opinions towards a whole host of different things.  When buying a TV, you may be asked retrospectively to provide ratings of the product, or even the person who sold it to you. The reporting of attitudes has become so sought after by companies that specific websites have been developed providing people with an open forum to post their opinions and evaluations of accommodation, restaurants, and services, and even receive arbitrary points and badges for their reviews (e.g., Trip Advisor).  Given the plethora of surveys and questionnaires utilised on a daily basis, you may therefore think that measuring attitudes is relatively easy. Simply ask someone what they think and they will respond with an honest answer. However, psychology has shed light on the limitations posed by self-report tools, such as questionnaires and surveys, which are so readily used by companies and organisations alike.

Gauging attitudes: A problem of measurement or construct?

Explicit attitudes refer to consciously accessible thoughts and feelings towards people, objects or concepts. They are introspectively accessible, meaning that you can reach inside your mind and report your feelings and thoughts. However, there are many issues when it comes to measuring people’s attitudes accurately. Reflect on the following example; a builder may measure the height of a window frame to fit double-glazed windows. Each time he/she does this, the window measurements remain the same. Windows can be measured, and the builder has the best tools to yield the correct measurements. Unfortunately, the same is not true when it comes to measuring attitudes; they are mental constructs and not tangible things. They are slippery and shape-shift depending on context. This presents numerous issues for researchers trying to measure them.

Studies have shown consistently how people’s attitudes can be altered by systematic factors, such as how the questions are framed and even what order they are presented. For example, a recent study demonstrates how the number of scale points in a questionnaire affects the extent to which gender stereotypes of brilliance are expressed. Specifically, female course instructors were more likely to receive a top rating on a 6-point scale relative to a 10-point scale, whereas this difference did not emerge for male instructors. The author’s reason that this effect occurs because of cultural meanings assigned to the number ‘10’ – perfection. As such, a top-score on a 6-point scale does not carry such strong performance expectations. To me, this is a landmark study demonstrating how the features of tools that are frequently used to judge merit can powerfully affect people’s responses. Who knew that something which appears meaningless can shape our answers in a way that tells a completely different story?

Another issue plaguing questionnaires is that psychologists – or whomever uses them – need to trust that the questionnaire can tap into exactly what we want to measure. When asking people about socially sensitive topics, such as prejudice or discriminatory behaviour this is rarely often the case. Consider how you would answer the following questions when asked by a researcher, someone you barely know: “Do you treat people from other races the same as you treat people from your own race? Do you willingly give to charity or those who need it the most? Think hypothetically about your answers for a minute. Now, reflect on your previous behaviour and try to gauge whether the answers given provide an accurate representation of how you really act. What you might uncover about yourself here is called the ‘willing and able’ problem; people may not be willing to report their honest attitudes, and when put on the spot, may not be able to accurately reflect and report what they truly feel. Answers to questions are usually influenced by self-presentational motives – that is, people’s desire to look good in someone else’s eyes.

A more interesting question is that we might not know what we actually believe. To a lay audience with no psychological training, this may sound surprising. How can we hold attitudes that we are unaware of? Psychology holds the answer. The past three decades of psychological research have revealed the frailties of introspection (the inner workings of our mind), and how little control we possess over our own thoughts. This has led researchers to coin the term ‘implicit attitudes’; introspectively unidentified traces of past experience that mediate favourable or unfavourable feeling towards social objects. The general argument is that individuals harness attitudes that they are not aware of, and these can manifest as judgements or actions.

How do we measure attitudes that people aren’t aware of?

The development of implicit measures have afforded remarkable insight into the human mind, and opened up a new research field termed implicit social cognition. This may leave you wondering, how do we measure such attitudes, and how do they develop in the first place?

Whereas explicit attitudes are measured by asking people directly about their thoughts and feelings (e.g., through questionnaires), implicit attitudes are assessed indirectly through tasks that typically measure response times towards various stimuli and compare systematic variations in people’s performance. One of the most well-known tasks of this kind is the Implicit Association Test (IAT), which tests how quick (or slow) people are at pairing different social categories with various attributes. The race IAT, for example, requires test-takers to categorise pictures of White and Black faces with positive and negative terms as quickly as possible. The underlying theory is that people will be quicker to pair concepts with attributes that are strongly associated in memory, compared to those weakly associated. In order to understand this better, think about learning a new language for the first time; you will always be quicker to think about words from your own language compared to those from a newly learned language because of the automaticity of your native tongue. Going back to the race IAT, research has consistently shown that White people are quicker to associate pictures of White faces with positive terms and Black faces with negative terms. This is referred to as implicit bias.

Social psychologists theorise that implicit bias, such as that demonstrated by White people taking the race IAT, are learned through experience. This occurs either directly through encounters with a particular social group, or indirectly through exposure to information about this social group. In Western cultures, White people are inundated with cultural messages and stereotypes that portray Black people as uneducated, relatively poor and more likely to be in trouble with the law. Consequently, implicit bias may form through exposure to cultural milieu. Do you know what your own IAT test result shows? Anybody can take these tests through the Project Implicit website. Your test result may surprise you, but it’s important to recall that this might not reflect your personal beliefs but rather learned associations imbued through exposure to your cultural or social environment. Research has revealed remarkable findings through the use of the IAT.  For example, a recent longitudinal study shows that implicit attitudes towards race, skin-tone and sexual orientation have trended towards neutrality over the last 12 years (i.e., people’s implicit bias towards these social categories seems to be decreasing). However, attitudes towards age and disability have remained stable, and have increased in relation to body-weight stigma. Moreover, implicit attitudes appear to hold predictive validity; studies have shown that people’s preference for White people on the race IAT predicts intention to vote for a White relative to Black presidential candidate. Now that’s a cool finding!

However, implicit measures have also received their fair share of criticism. Research indicates a weak relationship between explicit and implicit attitudes, suggesting that they may reflect separate attitude representations. An alternative theory, however, is that explicit and implicit measures allow people to edit their responses to varying degrees. In 2016, as a PhD student I wrote my first commentary reflecting on what exactly do implicit measures assess? In addition, although the IAT has shown some predictive validity (e.g., voting behaviour), other research indicates that for more socially sensitive attitudes, the IAT does not predict resulting discriminatory behaviour. Although the IAT was heralded to provide new insights into human cognition and behaviour, some researchers believe this test has been oversold. Nevertheless, I argue that the reason that implicit attitudes may not predict real-world behaviour is influenced by the same issues that plague self-report measures – social desirability. That is, people may think negatively about a certain out-group member, but that doesn’t necessarily mean they will act upon this. The same may be true for weak correlations between explicit and implicit attitude measures; people distort their attitudes on self-report questionnaires, whereas implicit measures aren’t susceptible to these self-presentational motives. Should we expect correlations between these two measures when one is tapping into controllable beliefs and the other is uncovering introspectively unidentified traces of past experience?

In order to answer these questions, I was awarded funding through the Vice Chancellor’s Early Career Research Awards (VC ECR Award) at UWE Bristol to investigate other implicit socio-cognitive mechanisms that may predict implicit bias. The blue sky thinking behind this research is to develop other measures that can potentially measure implicit behavioural manifestations of bias. At this stage, we are too early in our research endeavour to reveal any findings; however other influential and impactful avenues have already stemmed from this research.

At the same time as I have been conducting my research, Ellie Bliss (Adult Nurse Lecturer) and Alisha Airey (BME Project Officer) have been running staff workshops at UWE Bristol, reflecting upon how implicit (unconscious) bias can play out in the higher education classroom. I am now involved in supporting these workshops, providing research-led guidance on how we access implicit bias, and answering the many questions that staff have about this rather ambiguous construct. One interesting discussion centres on whether implicit biases can be viewed as unconscious when we are increasingly acknowledging them through teaching and training. The majority of attendees come away from the workshop with new reflections on how teaching practice is orientated towards Western culture, and with classroom strategies to implement to prevent implicit bias playing out. However, a handful of attendees are surprised and doubtful of the concept of implicit bias and the tools that purportedly measure it. They have difficulty in accepting that they may hold certain biases. But the truth is, we all do.

Where is implicit social cognition headed?

In this blog post I hope I have demonstrated that we are shining the light on what implicit bias really is and the nature of our unconscious attitudes. Such research has paved the way for training workshops which teach people to acknowledge their deep-rooted attitudes and reflect upon how these may impact our thinking and behaviour towards other people. But what’s next for this research arena? There are still lots of unanswered questions and controversies surrounding implicit bias, which makes it an exciting topic to study. Do implicit measures really provide a window into the unconscious mind? Is implicit bias relatively stable when measured at different time points? Can implicit bias be changed, and if so, are such changes short or long-term? Are attitudes towards some social groups easier to change than others? Can we, as a field, develop other (implicit) behavioural measures that more accurately predict implicit attitudes better than self-reports? Such investigations will represent the future of implicit social cognition and I, for one, am extremely excited to see what’s to come.