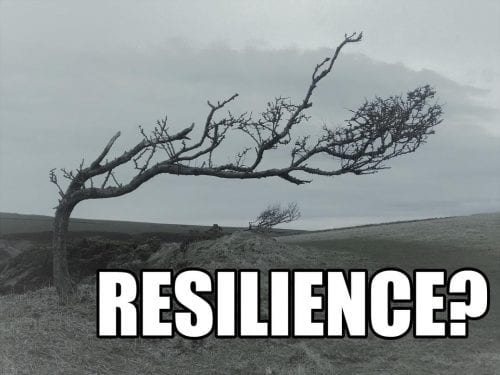 Your 30-second summary. This blog is about resilience. A term that is now, seemingly, everywhere. Below I provide a quick overview of the term and of psychological research into the resilience of children. Then I contrast these research findings which note multiple contributing factors at multiple levels, with the focus of many resilience interventions: often the individual in isolation. I note how this reflects an old but important debate within psychology that sparked the emergence of community psychology from clinical psychology in the 1960s. I also explore how resilience researchers today are adopting the same guiding frameworks as community psychologists. This again might make us wonder about the appropriateness of individually focused resilience interventions when what make us all more or less resilient might stem from broader, more systemic levels.

Back in September I wrote my first post for the Psychological Sciences Research Group (PSRG) blog. It was about a session colleagues and I were delivering at the 4th community psychology festival in Hertford. It focused on student mental health and on the potential of community psychology to complement or even replace “resilience workshops.” In this post I’d like to focus on the topic of resilience itself, but notice that community psychology will get brought back in later.

The word resilience derives from the Latin for rebounding, leaping or springing back. A large amount of psychological research in this area has focused on children. This research goes back to at least the 1970’s, although in those early days terms like “invulnerable” and “stress-resistant” were also used.

Of course, in recent years the term resilience seems to have crossed over into the mainstream and is now a desirable characteristic in many contexts including working age adults, teams, organisations, cities, even countries. We will come back to this later, but for now, let’s focus on the psychological research into children and more recently wider child / parent units.

Very simply, after some form of adversity, some children seem to fare well – they bounce back – and others fare less well. The obvious question is why? Is there something “special” about those who bounce back? One of the leading contemporary figures in this research is Ann Masten. Her answer to this question has often been summed up by the phrase: Ordinary Magic. Here Masten is suggesting that resilience is both common and that it arises from ordinary rather than extraordinary protective factors. More specifically, research in this area consistently talks about the importance of: individual, relational and community attributes. Borrowing terms directly from a recent review, these include:

It is interesting to note the broad scope of factors that potentially contribute to resilience (individual, relational and community). The evidence seems clear that this is not something that comes from within the individual alone. This sits somewhat in contrast to the target of many mainstream resilience interventions. In psychology, these interventions can sometimes seem very individually focused. Sometimes they closely resemble the mental health interventions delivered by clinical psychologists, like myself, simply repackaged and resold as a “resilience interventions”.

For example: the aptly titled “Penn Resilience Programme” is a programme delivered to school aged children based on cognitive behavioural techniques (CBT). Equally, an examination of the contents of books about resilience can look almost identical to the chapter headings from an individually focused CBT self-help book. This may seem odd, because remember the evidence for resilience also points to the importance of relational and community attributes. We might also wonder whether traditional CBT, or any other psychological intervention, is evidenced to reliably move all of the individual attributes potentially relevant to resilience. In short, it seems possible that there is a disconnect between the findings from contemporary resilience research and the contents of contemporary resilience interventions.

Part of the reason for raising this concern, is that it points to an old but important debate within the field of clinical psychology and applied psychology more generally. The debate centres on the concern that applied psychology and our interventions can sometimes be too individually focused. That, perhaps without meaning to, we can too easily place both the problem and apparent solution to problems within the skin of an individual. Sometimes even seeming to “blame” the individual. As I say, this is not a new debate, in clinical psychology it has been going since at least the 1960’s. An entire field, community psychology, (remember the festival from earlier?), arose in response to it and tries to promote a broader response to these issues.

Interestingly, this old debate has direct and recent echoes in resilience research. For community psychology, systems thinking and ecological theory is very important. Very simply this means thinking beyond the individual. For example, developmental psychologist Uri Bronfenbrenner noted the importance not just of the individual, but of different systems of broader scales around the individual including micro-, meso-, exo-, macro- and also time (chrono-). These ideas are key in community psychology.

What is interesting is that Masten and others psychologists interested in the resilience of children and families have relatively recently started defining resilience as: “the capacity of a system to adapt successfully to significant challenges that threaten its function, viability, or development”. They use the word “system” deliberately because their thinking is explicitly influenced by exactly the same systems thinking and ecological theory as community psychology.

As a clinical psychologist, I am very aware that there is a place for individually focused interventions. But I am also aware that sometimes the key to the solution does not lie there. It is interesting, for example, that in recent reviews promoting resilience frameworks for children and families Masten highlights the importance of wider systemic interventions (e.g. boosting resources like housing support, health care, food programs, tax credits or cash transfers) as much if not more than individual or family focused work (e.g., the quality of parent–child relationships, maternal depression).

As resilience gets talked about more, in more and more settings – we perhaps need to be a little more alert as to where the problem and solution is being situated. Perhaps we need to wonder aloud whether all the responsibility, and even implicitly the blame, is being placed on the shoulders of the individual and if that is appropriate. 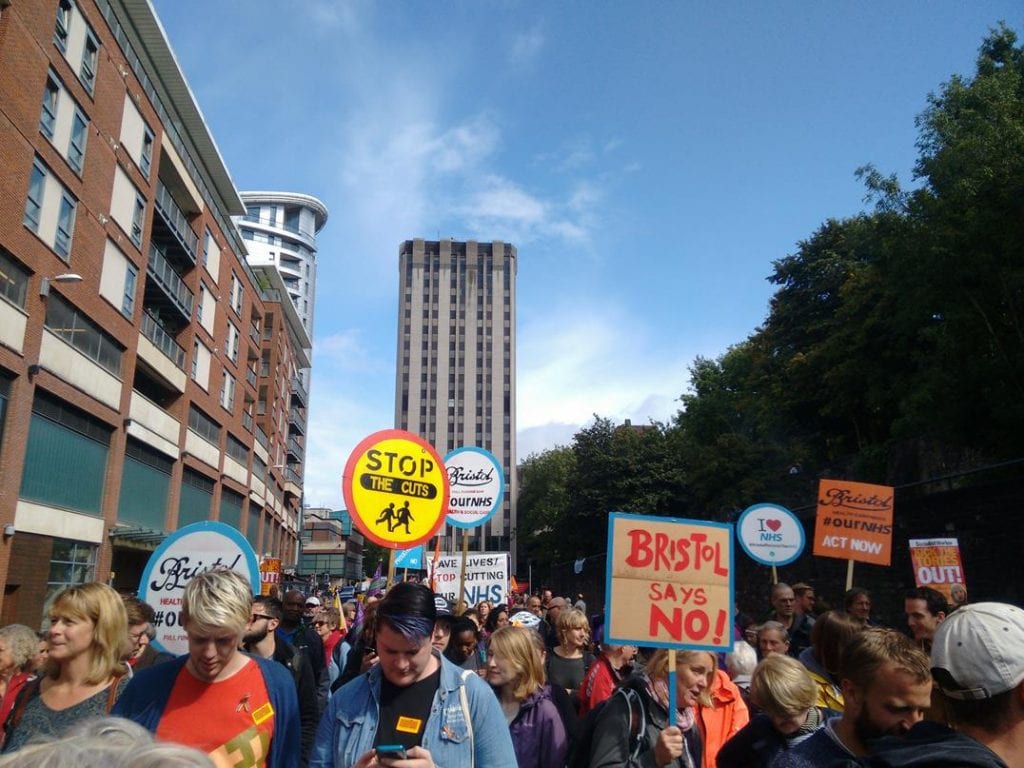 For example, are individually focused resilience workshops “the” answer for stressed colleagues working in the NHS? Maybe. I can imagine a place for them. Especially if everything else is working well in the NHS at wider levels – if waiting lists aren’t heaving, budgets aren’t being cut, and pressure isn’t being put on individual staff to deliver more and more, with less and less. But if some, or all, of those things are happening, are individually focused resilience  interventions really the answer? See here for one local account of how these workshops are experienced by some NHS staff. Like the Doctor interviewed in the article, I am in no way anti-mindfulness (see my publication record), but there does seem to be a potential tension if adopting an individual approach to resilience ignores wider issues, or even more problematically situates the problem within the individual.

Articles like the above are small signs that a public debate around resilience is growing and becoming more nuanced. This is to be welcomed. Another example is a recent, short, Radio 4 programme about resilience, from the series “Keywords for our time”. Here GP and broadcaster Farrah Jarral discusses the term, its popularity and, like this blog, wonders if there might be a possible dark side to its use.

Finally, rightly, other academic areas are also involved in the conversation. In geography, the resilience of urban and regional places is a subject of study. And here similar discussions are being had. Specifically, the potential risk of placing the problem and solution within the smallest unit (e.g. a disadvantaged community) while ignoring the wider factors that are as, if not more, responsible for causing the issues in the first place. Interestingly, in disciplines like geography, terms like: political critique, power structures, material resources, global capitalism and neoliberalization seem to appear more often than they do in mainstream psychology publications. Perhaps we should all take note. If resilience is increasingly talked about at many different levels of society, and psychology and psychologists are asked to comment or deliver interventions – what is our response, at what level, and how effective can it be? 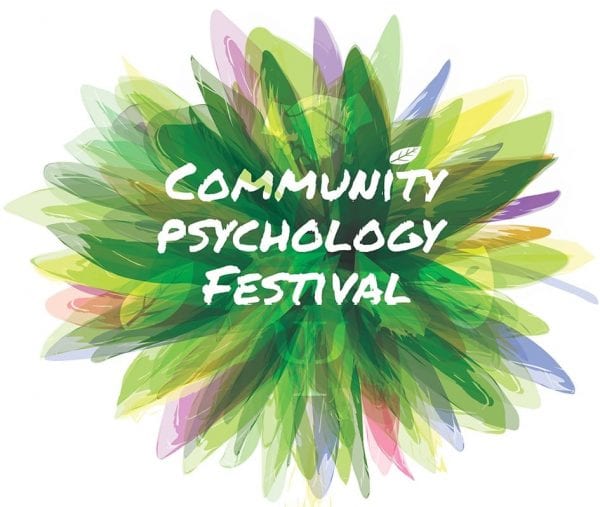 The 4th UK Community Psychology Festival is being held on the 23rd and 24th of September 2018 in the Hertford Theatre, Hertford. It follows the success of the 3rd festival, which was held at the Arnolfini in Bristol and was joint hosted by UWE’s Social Science Research Group.

Three members of UWE’s Psychological Sciences Research Group are curating a slot at festival number 4 titled: Community psychology perspectives on student mental health. In the festival spirit they want their session to be as interactive as possible and are asking all festival goers to participate in their session – before it takes place – whether they are able to attend the actual session or not. In short they invite people to read the extract below from their festival abstract and respond:

Mental health problems for students in UK higher education are receiving increased attention. Since 2008, some universities have experienced a threefold increase in demand for student support services. Student suicide has also been on the increase. A new document by Universities UK called “Step Change” has started to shape policy in this area.

You are a psychologist – interested in community psychology – teaching at a UK university. The university has concerns about growing student mental health issues. It is keen to tackle the problem by offering 1st year students a series of “resilience workshops” that focus on individual emotional regulation skills. What community psychology perspectives, evidence and even interventions might you suggest to complement or even replace the current suggestion?

Specifically, we invite festival goers to respond in advance of the session by either:
Posting a comment at the end of this blog post
Tweeting a response using the hashtag #commpsySMH
Or e-mailing: miles2.thompson@uwe.ac.uk with their response.

We plan to spend the timetabled session considering both the responses to the scenario above and wondering together about how UK community psychology might contribute more widely to this area.

Remember, please respond to the above scenario before the actual session whether or not you are able to attend it. Thank you.