Thanks, Carol, for sharing this link to a new journal:

Leadership and the Humanities is a peer-reviewed international journal dedicated to advancing understanding of, research on, and applications concerning leadership. The journal offers rigorous but readable scholarship on leadership from the broad field of the humanities, an increasingly popular focus for leadership studies.

Thanks very much, Margaret, for sharing this! Please see attachment for the Centre for Understanding Social Practices (CUSP) seminar schedule. Seminars are run across both Frenchay and Glenside Campuses, from 16.00-17.30, and no need to register!

Some of these look great…and a good opportunity for some cross-faculty networking! 🙂 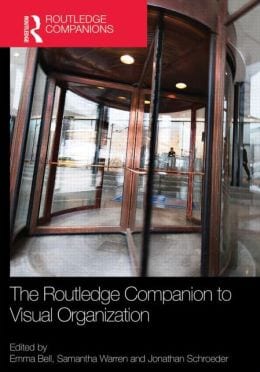 The super brilliant Routledge Companion to Visual Organization is out!

This great book is edited by Prof. Emma Bell, Prof. Samantha Warren and Prof. Jonathan Schroeder and includes 24 chapters with contributions from a whole range of academics…

…and I thought I’d share this with you as I have my first book chapter in here…along with my great colleagues and friends, Jan Betts and Sam Warren! Our chapter, ‘Visual workplace identities: Objects, emotion and resistance’ brings together our empirical research and looks at how objects play an important role for individuals at work depending on the meanings associated with them and how visible they are to others.

I have asked the Library at UWE to get a copy…so that will be available soon…and this can be found as an e-book too! Enjoy!

For more information and guidelines, check out the Euram 2014 website and attachment below:

Thanks to Nadine for sharing! 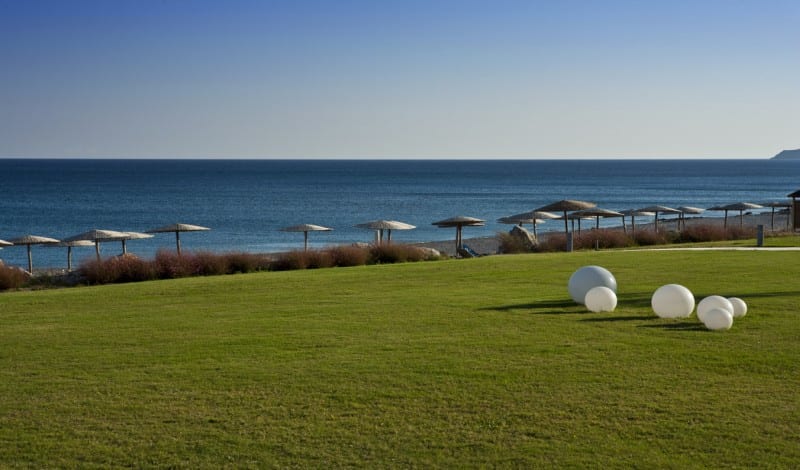 Check out the details of this great looking symposium in June 2014:

Thanks to Nadine for sharing!

Thanks for sharing Eda…

Opportunities for publication and to win Best Paper Award.

The phenomena of vertical or horizontal gender segregation and the distribution of power and authority in organizations have become an object of a multitude of research projects and high-profile programmes in the area of gendered relations in organization. They have been discussed in relation to the problem of gender time and wage gaps, and to the perennial fraught attempts at reconciling professional and private lives, as well as to questions of sexuality. In view of the visible transformations of gender relations in society with their many contradictions and paradoxes, the number of blind spots has not, however, decreased. The opposite is true: the recent debate about the persistence or erosion of male-female inequality has created new questions of considerable urgency for current gender policy and emergent organizational gender cultures.

Two poles can be pointed out in current discourse. On the one side, there is the belief that gender discrimination will soon be consigned to history, since gender  relations of Western industrialized societies are currently experiencing a subliminal, but nonetheless radical process of change. The former asymmetries will – as proposed by Alber (2010) – disappear alongside the transformation of the “old” patriarchal industrial society into a post-industrial service / post-patriarchal knowledge economy. Gender has already – as he emphasizes – lost much of its momentum as a structural category, with a person’s social or migratory origins taking its place as a determinant of social inequality. Hence the conclusion: Gender differences and inequalities will become irrelevant in postmodern society. On the other side, gender differences and inequalities are not perceived as “mere relics” that will “disappear automatically over the process of history” (Maruani 2010: 636), nor is a “natural tendency towards equality” (ibid.: 637) assumed to be likely. This vantage point assumes that the “preponderance of accumulated disadvantages on the female side” – as Maruani and others assert with a look at Verret – “is reconstructed and re-composed every day” (Maruani 2010: 637). This is supported by the recognition that, while numerous examples of a narrowing of the gender gap or indeed a reshuffling of circumstances in favour of women, as is the case in educational attainment, can be pointed to, many women are still not encountering equal opportunities in the labour markets or in specific selection processes despite greater educational achievements and qualifications (see Acker 2012; Bendl 2008; Brown/Ainsworth/Grant 2012; Zanoni et al. 2010). This position does not recognize a loss of relevance of the gender category in the relative rise of the categories of class or origin, as it addresses its research to the close interconnections of gender, class, and ethnicity that had already been visible forces in the rise of old hegemonies of bourgeois society.

This stream focuses on the gap between on the one hand, these promising scenarios of gender equality and, one the other hand, a series of contradictory re-configurations which are an outcome of persistent organizationally enacted inequalities. For example, so-called
`knowledge economy’ is still far from becoming a pioneer of new gender relations. Alongside the organisational mechanisms `inserting’ inequalities coterminous with the adoption of anti-discrimination policy and diversity policies (such as gender mainstreaming, diversity management), researchers have identified a `myth of egalitarianism’ that has developed via a discursive neglect of gender differences and which deserves further attention (cf.Dörhöfer 2011; Funder/Dörhöfer/Rauch 2006). The hierarchical motif of gender classification remains hidden under the gloss of a modernized code of equality (see also Nentwich 2006). Indeed, a `taboo of inequality’ prohibits- irrespective of some visible narrowing of the gender gap – a critical engagement with the still prevalent gender asymmetries (in terms of hierarchy, remuneration, and labour allocation), let alone any process of “undoing gender” (Butler 2004) or “not doing gender” (Wetterer 1999). Organisational theory offers explanation models for this concomitance within organisational function like Brunsson’s concept (1989) reflecting the obvious disconnection between “talk” and “action” which only serves to camouflage this survival of gender differences to the undiscerning observer. A type of “illusio” (Bourdieu 1997) has developed, encompassing the claim that it is predominantly performance which matters. Questions of wage equality, standing, or respect are, under this premise, no more subject to gender, but only a final product of meritocratic mechanisms or the reflection of a person’s subjective capacity to live up to the premises of the modern performance paradigm. Organizations not only play a major role in producing the ‘rational myths’ of hierarchy, rather they also participate in the ‘dethematization’ of gender hierarchies. Every reconfiguration of gender relations promises the erosion of old inequalities and the end of traditional roles; it also brings the risk of new, more subtle forms of gender differences gaining hold, or  even – following Deleuze (2010) – the risk of a purposeful conservation of old asymmetries, such as the gendered distribution of labour based on the heterosexual model (see the problem of re-traditionalization).

An inspiration for our stream is the classic publication The Iron Cage Revisited (DiMaggio and Powell, 1983). Building on their metaphor, we specifically seek for papers that engage critically with the function and role of organizations, their discursive practices concerned with (re)production,
persistence and change or ‘fading’ of gender differences. The stream asks for an organizational perspective on organziation’s mechanisms in dividing
labour, defining functions according to the heterosexual model
or (de)gendering their own structures. Papers submitted to this sub-theme may include, but are not limited to, the following topics:

– the development of theoretical frameworks: Which new and innovative approaches in organizational theory facilitate analysis of the wide range of structural and cultural change and/or persistence of gender differences in
organizations? How does neo-institutionalism and neo-institutionalist
modernization theory contribute to the analysis of gender and
organizations and how do these approaches help to dismantle not only obvious, but also latent processes of dealing with gender (in)equalities? How, do current approaches in organizational theory in general and in
neo-institutionalism-theory in particular need to be ‘gendered’ and extended in order to serve for proper analyses of processes in organizations?
– empirical studies illuminating how organizations deal with the rise of social expectations about gender equality
– do organizations form new, intelligent facades (Brunsson 1989) of equality that maintain the illusion of gender parity? Are there signs of equality in the working world, its cultures, structures, and decisions-making processes (e.g. with an explicit commitment to social sustainability, meaningful internal guidelines, and changes to processes and structures)?
– are there different types of (post)modern organizations showing different gender subtexts? What is the role of heterosexuality in the division of labour within organizations and what organizational theoretical framework offers useful analytical models here? Is there evidence of a ‘gender cage’ or are gender differences narrowing in discourses and power relations?
– has the recent introduction of EU-wide anti-discrimination regulations improved the likelihood of equality and, if so, to what extent? Or have organizations managed to ‘batten down the hatches’ against the introduction of such equality? Which current transformations are affecting gender relations in organizations? What mechanisms of change are to be discovered at work? What indicates the persistence or the change of gender relations? What organizational constellations contribute to creating and maintaining, or to removing, the equality myth? Which mechanisms and/or processes of change are necessary to introduce a process of “undoing gender” in an organization?

We welcome broad-ranging theoretical and theoretically informed empirical studies as well as critical literatures reviews which are
inspired by the areas of interest expressed above.

Abstracts of approximately 500 words (ONE page, Word document NOT PDF, single spaced, excluding references, no header, footers or track changes) are invited by 1st November 2013 with decisions on acceptance to be made by stream leaders within one month. All abstracts will be peer reviewed. New and young scholars with ‘work in progress’ papers are welcomed. Papers can be theoretical or theoretically informed empirical work. In the case of co-authored papers, ONE person should be identified as the corresponding author. Note that due to restrictions of space, multiple submissions by the same author will not be timetabled.

Abstracts should be emailed to:
helga.eberherr@wu.ac.at Abstracts should include FULL contact details, including your name, institutional affiliation, mailing address, and e-mail address. State the title of the stream to which you are submitting your abstract. Note that no funding, fee waiver, travel or other bursaries are offered for attendance at GWO2014.

Please see below for details:

EXTENDED ABSTRACT DUE 1ST OF NOVEMBER 2013.

We are continuing the tradition of offering scholars interested in the topics of organizational learning, knowledge and capabilities the opportunity to meet, engage and develop their ideas.

Stewart Clegg – Professor at the University of Technology in Sydney and the research Director of Centre of Management and Organisation Studies Research) at UTS. Professor Clegg is a leading international researcher recognised in a number of fields in the social sciences for his work in organisation studies and on power. He is one of the most published and cited authors in the top-tier journals in the Organization Studies field. Furthermore, Clegg is the author of two widely used textbooks on Management & Organizations: An Introduction to Theory and Practice (with Kornberger and Pitsis) and Strategy: Theory and Practice (with Carter, Kornberger and Schweitzer). He is also the chief editor of the Handbook of Organization Studies (with Hardy, Nord and Lawrence), Handbook of Power (with Haugaard) and Handbook of Macro-Organizational Behaviour (with Cooper).

Thanks again to Eda who has shared this link about how we can all get a better online presence for our research and business engagement! It’s not just about Blogs and Twitter either…there are loads of new online engagement tools and platforms that are user-friendly and help make sure that our work can be seen, read and used by the wider world!

Have a good evening all, Harriet

Start this week with some inspiration from a couple of other blog sites!

Here’s one called The Sociological Imagination – something on here for everyone I reckon!

And here’s another from the fabulous Yiannis Gabriel – and don’t forget, Professor Gabriel is coming to talk at UWE in December! Check out both links below for more information…

Thanks to Eda for sharing 🙂