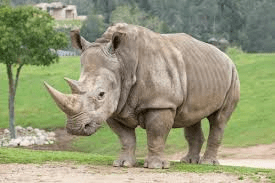 Recently I was invited to speak and take part in a policy workshop at Cambridge University on the Illegal Wildlife Trade. The event was coordinated by Cambridge University’s Science and Policy Research Centre, TRAFFIC and the Foreign and Commonwealth Office. The idea was to explore ideas in the run up to the main conference on the IWT, this autumn in London. This was the first time I had been involved in this topic, and it was a fascinating few days.

My contribution was as the expert in behaviour change. I presented some ideas around different theoretical assumptions underpinning behaviour change interventions and policies. I have presented this same talk in many different contexts, but normally it relates to physical activity or sustainability. The context of pangolins and rosewood was a first for me. However, the same theoretical contexts were highly prevalent. Can we think about the consumption of pangolin scales or rhino horn as a deliberated, conscious consumer decision, or is that decision embedded in established routines? These questions are at the heart of all my research into the way people enact everyday behaviours and answers many of our questions about why people get ‘stuck’ into different habits. Often, the people want to budge those habits, but sometimes they don’t.

The consumer context of the illegal wildlife trade is complex. For some consumption activities, the illegality of the purchase is part of the appeal. For others, there is confusion and mystery about the law. Rosewood is a good example. We know little about the consumer demand for illegal rosewood. It may be that rosewood furniture is part of a set of traditions that have nothing to do with its protected status. Understanding the practices in which rosewood furniture consumption is a significant moment would be a first step in identifying how to shape these practices and kerb consumption to within sustainable limits.

Practice theory offers insights into how behaviours happen and how they can be tackled. Often, the answer does not lie with persuasive approaches, although these can be an important ongoing focus. However, persuasion alone is unlikely to shift ingrained cultural routines and collective conventions. A good example of an intervention for the IWT which could easily have been designed using practice theory (although I should note was not) relates to the tradition use of shark fin in large, formal Chinese banquets. Shark fin has connotations of wealth, status and grandeur, so attempting to persuade banquet consumers, such as the ‘mother of the bride’ to forgo the tradition is unlikely to work. However, working with conference, wedding and party organisers has seen a shift in the way the banquets are planned and ‘framed’ to consumers. Alternatives have been offered and shark fin has gradually been consumed less and less on these occasions. Gradually, the collective conventions surrounding shark fin consumption have shifted so that its consumption is seen as outmoded.

Behaviour change is a complex area, but practice theories show time and again how embedded our ‘decisions’ are into our culturally significant routines, and how little we ‘decide’ about consumption activities which are just part of how our worlds work.