UWE students impressed with teamwork and communication during their internship. 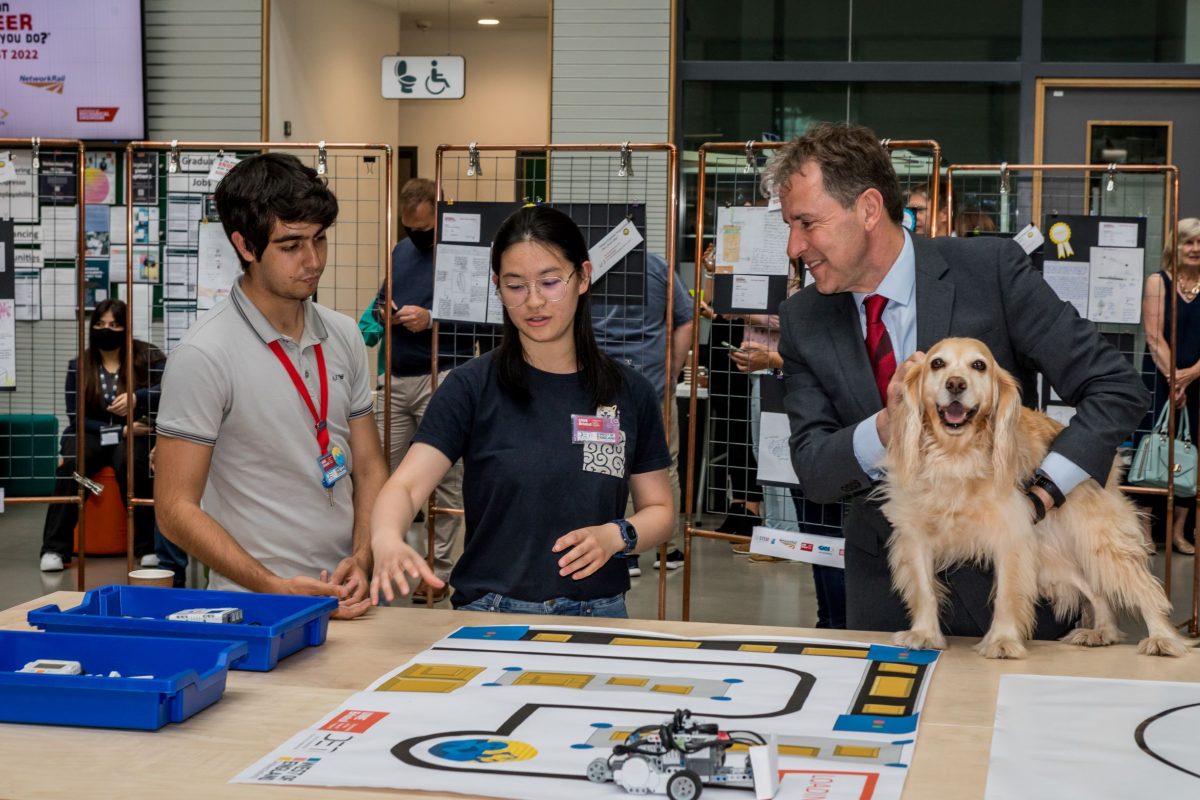 We had two UWE student engineers join the Inspire team as interns for eight weeks this June/July. And from independently designing a new school workshop, to running around science festivals entertaining children, they’ve helped us enormously during our busy period. So this is my chance to rave about how amazing it has been to have these two gems in our team!

They both hit the ground running on their first day, which coincided with the first time we’d ever held a large school event in the new Engineering building. The event and then crazy schedule of school Minecraft workshops went really well, but it wasn’t until later that week that I realised what superstar students we had landed.

I spent about half an hour introducing the scope and concepts of a workshop I wanted them to design during the following weeks, then sat back (furiously emailing) and watched them began a pattern of steady and committed teamwork that continued throughout the internship. In Luca’s words, the two had “good synergy”.

I was continually impressed by their incredible independence and ability to drive the project forward using self-imposed deadlines, to finally deliver the workshop as a two part STEM Club to enthusiastic reception at the Old Library.

Over the weeks at the: Cheltenham Science Festival, Great Science Share, Leaders Award Celebration and UWE family fun day, Luca and Natalie spoke to and inspired hundreds, possibly even thousands of local children in Engineering. They were key members of the team, which has had children looking in wonder around UWE’s Engineering building, asking about becoming students here like Luca and Natalie.

The West of England Mayor, Dan Norris, was keen to see what the robots could do when he visited UWE for an awards ceremony (his dog Angel was more interested in getting a good photo!). Natalie and Luca used their tried and tested engagement skills to woo the Mayor.

We had about 600 people streaming into UWE’s new Engineering Building for the Family Fun day, with Luca and Natalie fielding a constant stream of visitors at their LEGO Mindstorm robot activity. Spot them in the photo below.

Speaking to both interns before they left, it was great to hear their perspectives on the experience.

Luca raved about running the Inspire stall at Cheltenham Science Festival and getting the opportunity to speak to so many different people. After 8 weeks of experience learning how to best explain things to children of different ages, Luca said that at a school visit in his final week, “I finally got asked the question I’d been waiting for the whole internship! A child asked how a plane flies.” I feel certain he did a good job of answering it.

As for Natalie, the experience of designing, developing and then delivering the LEGO Mindstorm workshop with children at a STEM club, was the most satisfying aspect. She also developed great communication skills over the internship and wasn’t afraid to put all of that into practice, impressing the team when she volunteered to step up and fully lead a Minecraft workshop on her last day in school.

What’s left to say, other than – Natalie with your boundless enthusiasm and commitment to a project, and Luca with your natural flair for leadership and super organisational skills – you’re already missed!

Good luck both of you!