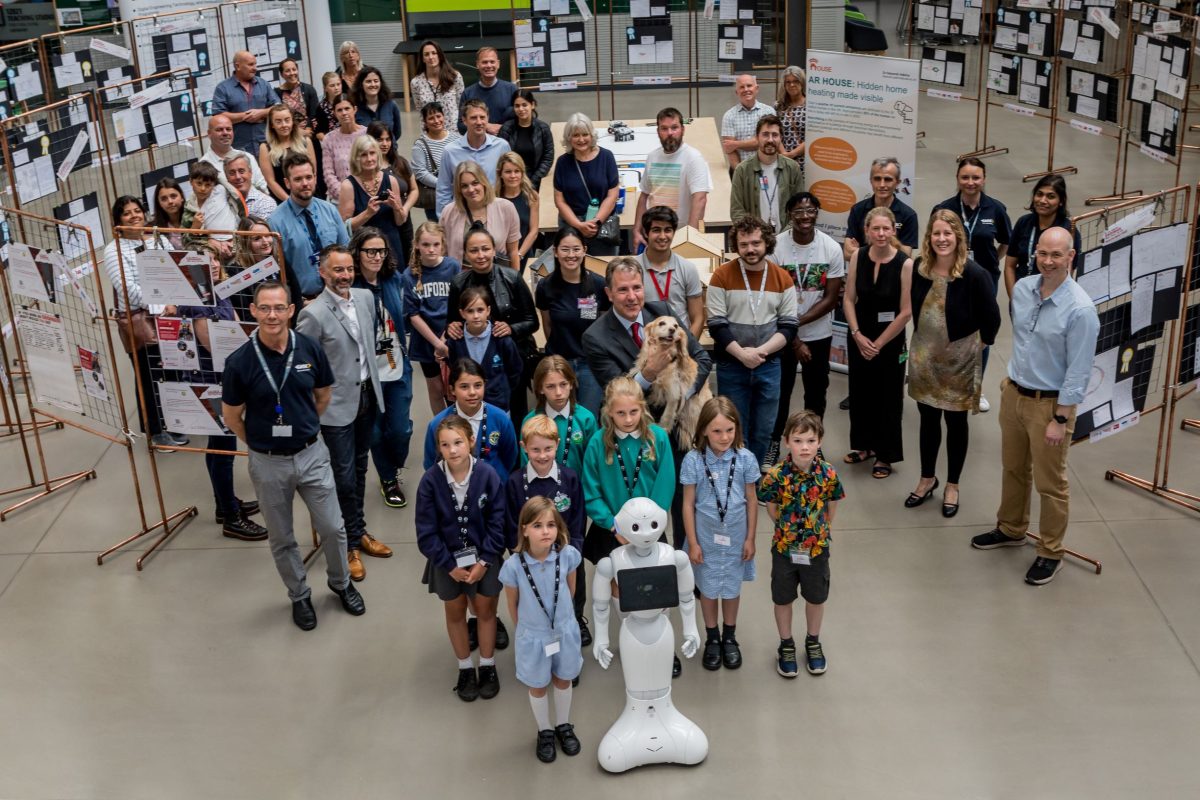 Elena co-presented the awards to winners from each age category, alongside John Watton from GKN Aerospace. She spoke about the favourite designs she’d seen in the showcase and was impressed by the creativity displayed.

Chris Rochester, UK Director of Primary Engineer and the team behind the Leaders Award, spoke about how hard it was for the judges to pick winners, describing deep discussion about how a ‘whiteboard ink recycling pen’ could be made into a reality. He encouraged the children to keep a notepad and jot down their ideas.

We need more of you brilliant thinkers in engineering, and in the world!

The shortlisted designs were showcased in UWE’s new Engineering building, which is fitting, as Engineers from the University are involved at every stage of the project. From inspiring young people to think like Engineers in live-streamed YouTube interviews, to grading of submitted designs and final judging.

“What I like about this competition, is that it’s a level playing field, you don’t need well-equipped labs, you just need your imagination.”

Winners and their families had time to wonder round the showcase, get a quick picture next to their design and have a go at some hands on activities – see photos below for more.

West of England combined authority Mayor, Dan Norris, also made an appearance with his dog Angel (apparently it was bring your dog to work day).

I’m delighted to back these awards showing the passion and ingenuity of our young people.

He speaks about his impressions from the day on the WECA website: Pride of the West: Metro Mayor hails budding young engineers at awards ceremony – West of England Combined Authority (westofengland-ca.gov.uk)

And if you’d like to see photos of the winners – check out below!