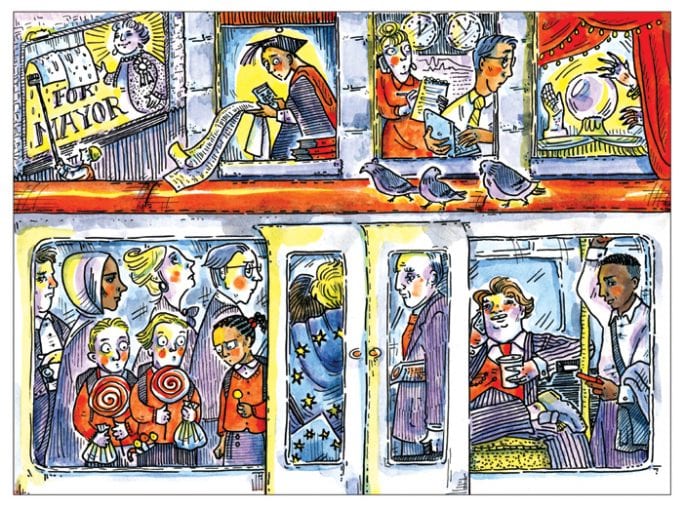 The Festival of Economics 2018 will make Bristol a hub for debating and answering some of the key economic questions of our time.

The seventh running of the festival is programmed by Diane Coyle (University of Cambridge and Enlightenment Economics) and will take place at We The Curious. Economists and other key experts from around the world will be on hand to add their expertise to the programme.

The festival will feature keynote speakers and talks on unelected power (led by Paul Tucker), the rise and fall of higher education (chaired by Andy Westwood from the University of Manchester), growth in the Brexit era (Rain Newton-Smith), central banks in the past, present and future (Andy Haldane) and also sessions for schools.

Does Economics Care About the Future?

Brief written by the students of MSc Global Political Economy.

This brief discusses whether economics, as an academic discipline and a profession, cares about the future. The essential question is whether the assumptions and methods of mainstream economics are fit for purpose.

The chief economist at the Bank of England in conversation with Festival of Economics director Diane Coyle.

Two briefs were written for this event:

Jamie Fallon, Shail Patel, Kieran Green,  and Reece Robertson (BA Economics) discuss the key issues as the trade-off between democratic accountability and effectiveness of monetary policy, geopolitical issues and growing pressure on banks to aid in the fight against climate change.

Jainni Patel & Luisana Toner (BA Economics) ask what were central banks thinking before the crisis? Was Quantitative Easing the best way for central banks to target inflation? And will machine learning save central banks from failing models?

Forecasts: The Good, the Bad and the Ugly

Brief written by Scott Angell, Iman Gaspard and Dominik Palejczuk (BA/BSc Economics) discusses whether economists should make predictions and forecasts. Economic forecasting is misunderstood by the public for a variety of reasons, including how those predictions are presented to the public. This brief weighs up probabilistic forecasting and the OBR’s productivity forecasts.