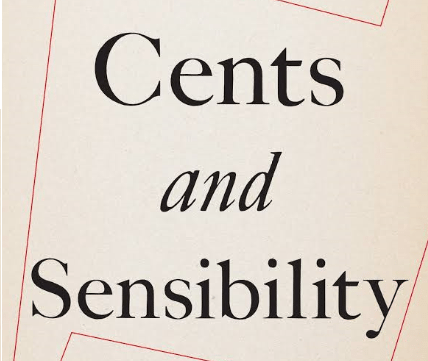 The title expresses the main argument of the book under review, which grew out of an interdisciplinary undergraduate course at Northwestern University dealing with the subject matter of “choice”. Its authors are professors of economics (Schapiro) and of Slavic languages and literature (Morson) who think that economics is “too narrow”, which undermines its usefulness for “policy-making”, for “understanding human behaviour”, and for “predicting the future”. The intention is explicitly not to attack economists but to help to expand its “scope and power” via a dialogue-not a fusion-between economics and the humanities. This vision is called “humanomics”, that is, an economics improved through an understanding of story-telling.

The main take-away is that great literature is a great source of wisdom for understanding human beings, which serves to help us make wiser decisions in varying situations. The argument is that great novelists are better at this understanding than social scientists.

The main concerns of the authors are near and dear to many heterodox economists: narrowness of economics and openness to insights from the humanities. Those who are particularly concerned with saving economics from science, in the sense of a mechanism, biologism, or cyborgism, find the basic argument of the book attractive. It is a missed opportunity, however, that the authors do not engage more with the existing literature on modes of intellection in economics, such as story-telling, rhetoric, poetry, metaphors, hermeneutics (the brief mentioning of works by McCloskey and Bronk is unsatisfactory). The entire literature on the role of history, philosophy, and ethics in economics is likewise absent, which is slightly worrying in a book that is concerned with these matters.

The authors do not provide criteria for what they consider valid narratives, while they seem to have no fundamental problems with the capitalist development model. In fact, they continuously refer to development indicators of GDP growth, development of markets, and legal property rights. The comparison between South Korea and Ghana is especially revealing as GDP-growth is taken as the main indicator for economic development. Sustainability, happiness, and inequality indicators are curiously absent from the discussion.

What is missing from the book is a discussion of the social-psychological dimension of economics that would highlight the challenges of implementing “humanomics”. The profession of economics has deep vested interests in its approach, which is thoroughly institutionalized and exhibits psychological barriers to change. (Berger 2016) The suppression of heterodox economists speaks volumes about how the economics profession handles challenges to its ontological and methodological core. (Lee 2009)

What is missing also from the discussion is a mention of those approaches to economics that are actually compatible with the humanities, which are today gathered under the umbrella of heterodox economics. The chapter on alternative foundations for economics provides a critique of behavioural economics for its lack of cultural analysis and calls for a grounding of economics in cultural and institutional inquiry as developed by Adam Smith. The introductory chapter vaguely alludes to a recent turn towards culture in development economics. (p. 9, fn. 11) Heterodox economists would ask why there is no mention of institutional and social economics, and economic anthropology which have developed this approach in detail since Adam Smith. The project of incorporating culture and institutions in economic analysis continued in the works of Karl Marx, the German Historical School, Thorstein Veblen, John M. Keynes, amongst others. Omitting these contributions and their contemporary followers is a severe limitation. Ironically, the chapter outlining the potential contribution of the humanities (ch. 6) proposes the incorporation of the history of ideas as a remedy to the narrowness of economics. (p. 237) I would have loved to see the authors make a start with an appropriate history and evaluation of the fate of those contributions to economics that were actually open to the humanities. This could have informed the readers of this book of the great wealth of existing contributions to this project of grounding economics in the humanities. (cf. Berger 2017)

The full book review has been published by the Heterodox Ecomonics Newsletter is available to read online here.