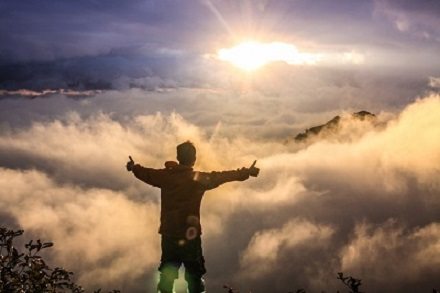 Dr Tim Hinks, Senior Economics Lecturer at UWE, in conjunction with fellow academics Joe Devine and Arif Naveed have published this paper in the Journal of Happiness Studies 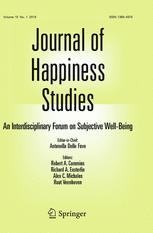 Abstract
Research into the relation between religion and happiness offers inconclusive evidence. Religion seems to matter but it is not entirely clear how and why. Moreover much of the research to date is rooted in western experiences. This article analyzes primary data from Bangladesh to examine how religion figures in people’s wellbeing and life chances. It identifies differences in reported happiness between the country’s two largest religious populations: Muslims and Hindus. Our main argument is that the significance of religion is only really understood when considered alongside social, economic and political processes. The data and analysis make an important contribution to the limited knowledge we have of the relation between religion, political connectedness and happiness in non-western societies. It also highlights the need to incorporate more contextualizing analyses into our assessments of the relation between religion and happiness.

In what ways then does religion make us happy? The evidence offered by the literature falls broadly into two categories, reflecting a distinction first introduced by Allport and Ross’s (1967) pioneering work into religious orientation. According to Allport and Ross, people have intrinsic or extrinsic motivations in relation to religion. The latter sees religion as a means to achieve particular goals including non-religious ones while the former is autonomous and considers religion as an end in itself. Although this distinction is not without its critics (see Lavrič and Flere 2007), it has left its mark on research into religion and happiness. On the one hand therefore it is argued that religion enhances wellbeing because it offers access to support structures or enables individuals to cope with stress (Lim and Putnam 2010), or to adapt preferences or aspirations (Clark 2012). On the other hand, religion enhances wellbeing because it offers a sense of meaning and purpose, and acts as a moral compass in this as well as the ‘after-life’ (Greeley and Hout 2006). What is striking however is that we can find evidence of both intrinsic and extrinsic benefits of religion in all of the world’s major religions including Islam (Sahraian et al. 2013), Hinduism (Ganga and Kutty 2013), Judaism (Levin 2014), Buddhism (Elliot 2014), and Christianity (Steiner et al. 2010). Although the effects of religion on wellbeing are generally reported as being positive, there are important counter observations. First, religion may also be a factor in producing negative wellbeing values. Ellis (1962) for example reports that excessive religion can produce depression and mental disorders. More recently, Mookerjee and Beron’s cross country analysis of the relation between religion and happiness concluded that contexts with high levels of religious fractionalisation produce relatively lower levels of happiness (Mookerjee and Beron 2005). Second, much of the literature draws conclusions on the effects of religion from studies that focus entirely on individual level processes. As such the context is overlooked. Some recent work has warned of the dangers of this approach arguing that positive individual level effects disappear when contextualised with a country’s overall level of religiosity (Eichhorn 2012). Third, it is important to acknowledge the bias in the literature towards religious experiences and contexts in the West with relatively little attention being paid to non-western contexts where the parameters of any discussion about religion and wellbeing may be radically different (Joshanloo 2013, 2014). Finally, most of the literature rests on an assumption about the direction of causality. Thus it is assumed that religion leads to happiness as opposed to happiness leading to religion.

1.2 Religion and Wellbeing in Bangladesh
Our research focuses on the relation between religion and wellbeing in Bangladesh, and as such contributes to the nascent scholarship focusing specifically on wellbeing in countries of the Global South (Diener et al. 2013; Shams 2016). Bangladesh is a particularly appropriate location in which to examine wellbeing dynamics since it throws up a number of wellbeing puzzles which all reflect different aspects of the Easterlin paradox (Easterlin 1974). Thus in the 1990s, Bangladesh reported higher levels of happiness than many other countries, including the UK, where people enjoy significantly larger per capita incomes and access to a wider range of basic services and good (Worcester 1998). Since the 1990s, the country has made significant progress in reducing poverty and introducing socio-economic improvements (Devine and Wood 2017), and can be described as a global international development success story. Despite this however, levels of reported happiness seem to be declining (Asadullah and Chaudhury 2012). Improved living standards therefore seem to be having an impact upon the wellbeing expectations and demands of its citizens (Diener et al. 2013).

The early years of state formation in Bangladesh were anchored in a very clear commitment to secularism, and indeed early writings on religion, most notably Islam, emphasised its syncretic and malleable qualities (Uddin 2006). However since the early 1990s, a different expression of religion has emerged which has been described as neo-orthodox, militant, and extremist (Riaz 2004). These changes reflect deeper questions about what constitutes ‘proper’ Islam in Bangladesh and also what constitutes a ‘Muslim democracy’ (Devine and White 2013). The unresolved nature of these questions is etched visibly in the relations between the dominant Muslims and followers of other religions in the country. Muslims in Bangladesh constitute around 87% of the population. While the remaining 13% belong to a number of different religions, Hinduism is by far the largest minority religion in the country.

In Bangladesh religion is directly translated as dharma, a term which derives from the Sanskrit dhr meaning to sustain, support or uphold (Mahony 1987). However dharma means more than just ‘religion’, at least as understood in the West. Etymologically, dharma refers to the ‘proper cosmo-moral ordering’ of things (Inden 1985). In this sense, everything that exists, animate or inanimate, has its dharma. Even religion has its own dharma. Second, the word dharma is used in everyday speech to ask about one’s religion. So it is quite common in Bangladesh to ask: ‘apnar dharma ki?’, i.e. what is your religion?. The response to this question however reveals two things. First, it communicates a person’s religious affiliation. Second, the declaration of a religious affiliation or identity provides important implicit information on which social groups you belong to and can interact with; what practical lifestyle choices you can or cannot make; what constitutes appropriate behaviour and conduct; what aspirations you might have; who you can marry, what food you can eat, and so forth (Kotalova 1993). Dharma therefore is as much about everyday practical choices and opportunities as it is about religious affiliation.

There is very little literature on the relation between religion and wellbeing in Bangladesh. The founding research projects which inform this paper,1 found statistically significant correlations between religion and happiness, especially among older respondents (Camfield et al. 2009). In more qualitative follow-up research, we identified a number of areas where the influence of religion on wellbeing comes to the fore including the structuring of community relations (Devine and White 2013), responsibilities, obligations and expectations around marriage, gender and intergenerational relations (White 2012), and the development of political culture and democracy (Basu et al. 2017).

Recently Asadullah and Chaudhury (2012) offer a very different argument. Analysing data from 2400 households across 12 districts in Bangladesh, the authors claim that neither religion nor gender had any significant impact on happiness. Instead they found that the influence of inter-personal relations and social trust on happiness was statistically significant. This opens up a new avenue into an equally under-researched area, i.e. trust. The only study on trust we could identify was Gupta et al’s (2013) comparative analysis of the behaviour of Muslims and Hindus in Bangladesh and West Bengal in India. In the latter, Hindus constitute the majority group and Muslims the minority; whilst in the former, the opposite is true. In both sites, the authors found that identity based on status (i.e. being a member of the majority or minority group) rather than religion per se determined levels of trust and trustworthiness. We return to this finding in our  Sect. 3 below.

Our research makes three important contributions. First, to the best of our knowledge, the findings presented here are the first to quantitatively look at the impact of religious identity on people’s self-reported happiness in Bangladesh. Second, given that the analysis is anchored in Bangladesh our research offers an important contribution to a literature that is dominated by Western experiences and understandings of religion. Finally, the article contributes to the growing but still relatively thin literature on wellbeing and happiness in the Global South.

For the full paper see http://bit.ly/2FcGkGP