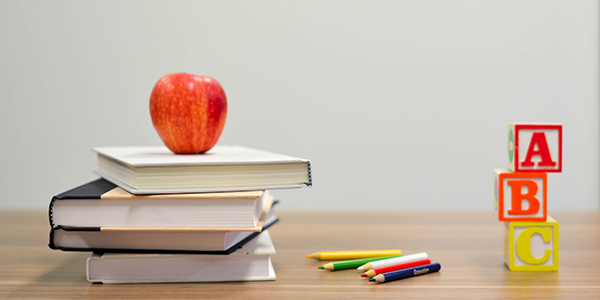 Learning to read is perhaps the most important thing we will learn to do in our primary education. There is a huge amount of evidence that identifies that being able to read impacts on our future social, emotional, economic and academic success. Not only that, a failure to learn to read comes at a great cost: to the economy; to public health; to our diet and safety and in terms of democratic and community engagement.

When Covid struck and schools closed their doors and migrated to online learning, there was a deep and real concern for the most vulnerable learners: those who had been identified as needing additional support and specialist intervention; and those with few books at home and parents lacking the confidence and resources to help their children.

I have been awarded a small grant from the British Educational Research Association to study the impact of coronavirus on one-to-one reading for children in need of additional support, with a focus on the innovations and challenges experienced by teachers.

Some Bristol schools have specialist reading teachers who implement the Reading Recovery intervention programme for the lowest attaining children in Year 1 (aged 6) and these teachers also use their skills and knowledge to support reading programmes for children throughout the primary school age groups. It is these teachers who leapt into action when Covid struck and who are the focus of my study.

The national lockdown saw many schools and teachers forced to adapt to online learning. Many were innovative in their practice and in numerous cases, online learning was a success. One such school is Glenfrome Primary in Bristol which has worked tirelessly to support young readers. The head teacher has worked alongside the school’s Reading Recovery Teacher to ensure the children who were receiving one-to-one support before lockdown were able to continue their one-to-one reading online. You may think that this is an easy task, but just take a moment to think about the hurdles that need to be overcome:

These were just a few of the hurdles that the Reading Recovery Teacher navigated. She also developed banks of scanned books to use; enabled parents to learn more about supporting their child with reading (helping also with the IT issues and addressing some of the safeguarding concerns); working with publishers around copyright and adapting sessions to address the engagement of each child.

Lockdown uncovered numerous challenges and barriers with online learning, but it also proved how effective it can be. In the case of Glenfrome School, the children made accelerated progress with their reading during this time. The one-to-one reading was also a lifeline for some families, particularly those that were feeling isolated and alone during lockdown.

By carrying out my research study, I hope to uncover the practical approaches to supporting the teaching of reading online and learn how teachers, parents and pupils overcame barriers during the national lockdown to continue learning. With an increasing number of local lockdowns already taking place around the UK, this study is key to identifying how best to support pupils with their reading online. The findings will help schools and teachers to support children with their learning in future lockdown scenarios or in the event of children and households isolating, class closures or full school closures.

With a new academic year underway, we know that education will continue to be affected by the pandemic for the foreseeable future. It is crucial that we, as educators, continue to adapt our approach and overcome challenges. And, just as we ensure that our children continue to learn, we too must learn from the lessons of lockdown.