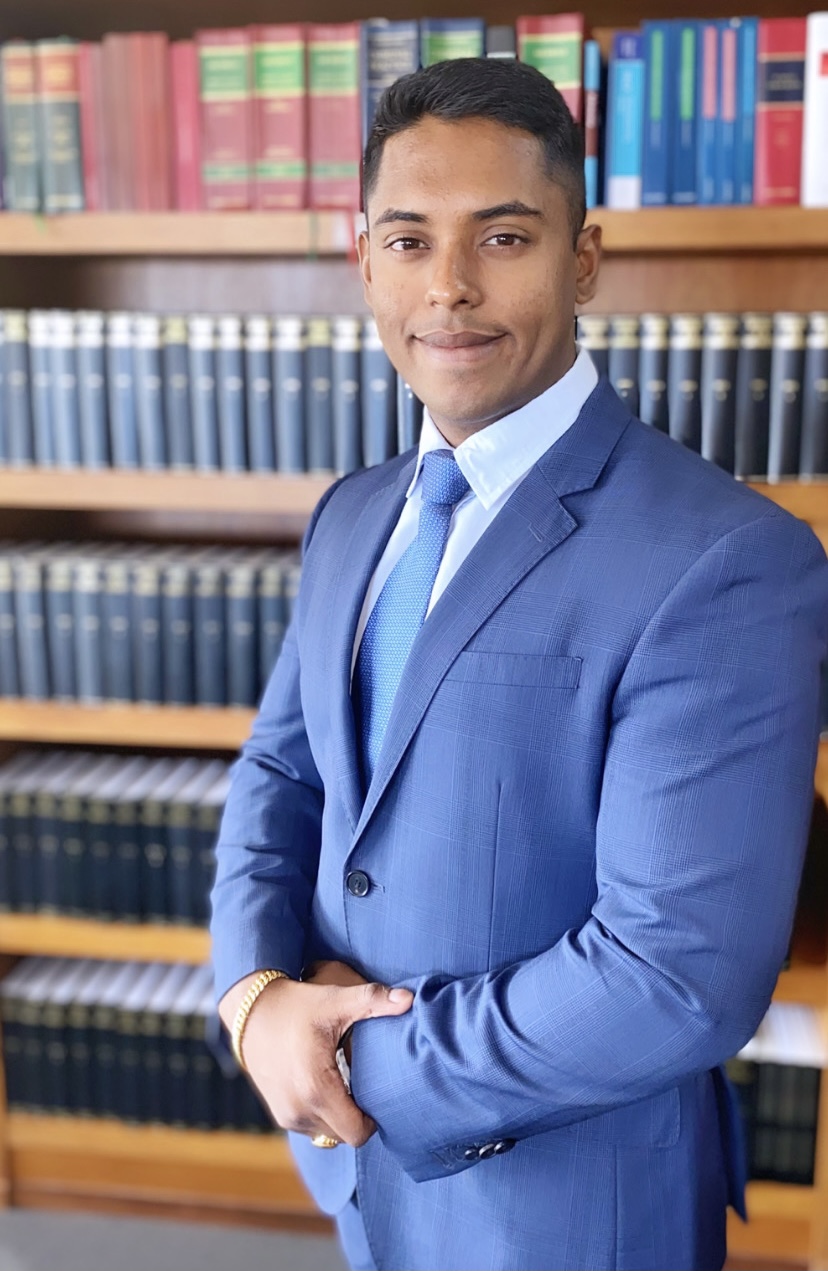 My interest in pro bono was initially piqued in my first year and I ended up joining in my second year, after using Blackboard to compare different pro bono opportunities and attending the Pro Bono talk. It was there I heard about African Prisons Project Pro bono group. I was immediately impressed by the work that they do and the impact that they have on the justice system in Africa. They teach inmates in African prisons how to access justice by assisting them in undertaking Law degrees remotely. I approached Kelly Eastham and Nakita Hedges, who were involved in the leadership of the group at the time, and asked if I could take a leadership role as I had had prior involvement in social activism in Mauritius. They agreed and at the start of 2019, I began having meetings with them on strategy and formed the three subgroups – fundraising, media and blogs and teaching. We also nominated leaders for each individual group and I was nominated to lead the teaching group.

Working with the group was amazing – our faculty contact Kathy Brown was the backbone of the organization and has motivated us to develop the organization further after handing over the group to us. We invited new members across the university to get involved and organized both a bake sale and a book collection for our students in Kenya.

In January of 2020, our group had grown significantly, with 70 new members. We had also started developing podcasts to support the learning of the inmates. We were also beginning to plan for the visit of Morris, one of APP’s graduates who had been wrongfully sentenced to life for aggravated armed robbery. We set up a visit at UWE on the 10th of February for him to give a talk, which ended up being so successful that we ran out of space in the lecture hall. Morris spoke about his fight for freedom and how he has freed over 300 inmates since.

His talk sparked a lot of interest and APP was invited to a dinner at Lincoln’s Inn in London, along with Morris. I was able to network with judges, barristers and solicitors who were intrigued by APP’s work. We also set up a fundraising event at a local pub a few weeks after, raising over £300.

And then Covid-19 hit. I had to leave the UK on the 16th of March. The borders were closing and the airports were insanely busy. Luckily, we were able to continue our work with APP and adapted our work to provide remote learning over Zoom. All of our current tutees passed with flying colours. With our fundraising money from March, we were able to make bail for four female minor offenders. We also received some sponsorship from the law firm, RPC, at this time.

Despite the barriers posed by working in different time zones and trying to navigate social activism in a new world, APP continued to thrive. In fact, we began to rebrand APP as EFJ – Educating for Justice, a completely independent non-profit. We broadened our offer as a group and began to work with inmates in more communities. We have been working with Justice Defenders and have established a subgroup at Oxford University. As chairperson of EFJ, I have been responsible for liaising with all of our affiliates, as well as assisting with launching our new initiatives, in particular our programme based in Mauritius working with juvenile offenders.

Overall, pro bono has opened so many doors for me. Through my work with EFJ, I have been able to secure a mini-pupillage with the Directors of Public Prosecutions Office under Mr Santokee. Through this role, I have been involved in research work, bundling and court prep and juggling EFJ, a pupillage and university feels like great preparation for a career as a barrister. I could not recommend pro bono work enough to any Law student looking to develop skills for a career in the legal industry.

For more about EFJ, go to https://educatingforjustice.org.uk/.