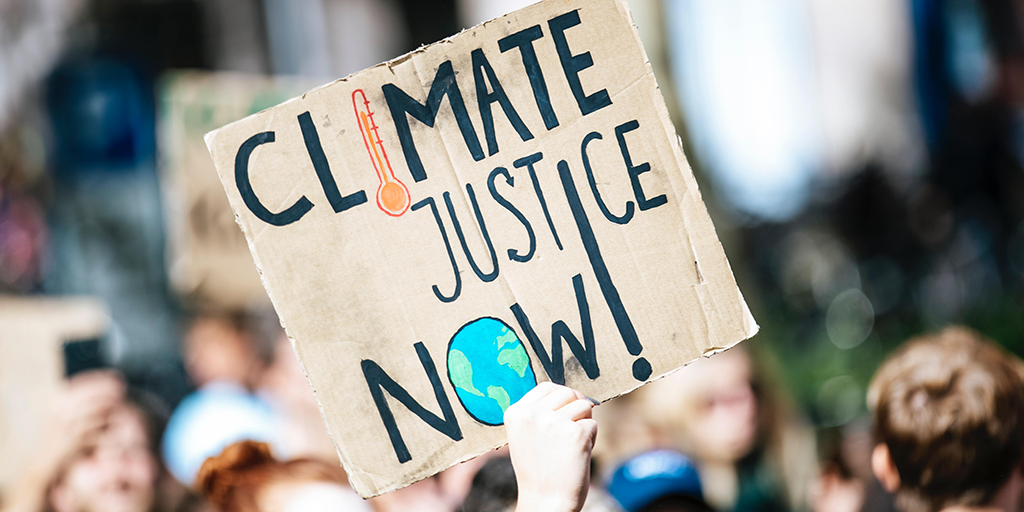 Climate change and how to combat it is an omnipresent issue. Whereas in the past climate change and its consequences were talked down, they are now seen as the “biggest threat modern humans have ever faced”[1] and referred to as a “crisis multiplier”[2] with the need to act in time, requiring global cooperation.[3]

The previous attempt to achieve climate protection at the political level by means of the Paris Agreement[4] can be considered a failure due to the lack of implementation[5] by the states.

This is where the consideration comes into play as to whether court rulings offer a possibility to effectively combat climate change. Climate change litigation is also increasing due to the influence of many young people who are campaigning for more climate protection with the help of the courts or by organising global climate strikes.[6]

There are several reasons why courts can provide an opportunity to effectively combat climate change through their judgments. In contrast to climate agreements as for example the Paris Agreement, courts take a clear line. Cases have to be decided and thus a clear result has to be reached; while political leaders so far have failed to implement measures to reach targets of the Paris Agreement.[7] Courts are also suited to their function of enforcing decisions promoting more climate protection. In the context of climate change litigation, judicial lawmaking is also becoming increasingly important. Courts decide whether existing laws need to be reinterpreted or amended when they are deemed unfair in their application to specific cases.[8]

Judicial successes in effectively combating climate change can be seen in several landmark rulings, especially in strategic cases[9] where courts make decisions by ordering the improvement or revision of current laws,[10] as in the cases of Friends of the Irish Environment v Ireland[11] and Neubauer et al. v Germany.[12]  For example, in the case of Friends of the Irish Environment v Ireland[13] the Supreme Court of Ireland quashed the National Mitigation Plan, as the court found that the plan was not detailed enough to effectively reach the goals within Ireland’s 2015 Climate Act.[14] The court also argued that especially for a normal citizen, the plan was not sufficiently specific enough relating to what actions would be taken until 2050 to give effect to the 2015 Climate Act of Ireland.[15] In this respect, the decision of the Supreme Court of Ireland has set the course for the fight against climate change but has so far contributed little to it due to a lack of political implementation of a new Mitigation Plan.

Recently in 2021, the German Federal Constitutional Court decided that the Federal Climate Change Act[16] does not sufficiently protect the future generations from the impacts of climate change.[17] The Court also found a duty of the German government to actively protect life and health of its citizens.[18] After the ruling in Germany, the German government initiated an amendment of the Climate Protection Act in a record time.[19] Under the amended Climate Protection Act by the German government from 24 June 2021, the climate protection targets have been tightened and now aim for Germany to become greenhouse gas neutral by 2045 which is five years earlier compared to the previous target in 2019 and also ahead of the EU’s target date.

Some court cases are also aiming to put pressure on the legislator to do more for climate protection. This can be seen in the cases of the Dutch Supreme Court deciding the case of Urgenda Foundation v. State of the Netherlands[20] in 2019 which identified a legal duty of the government to prevent and combat climate change more actively;[21] and the Colombian Supreme Court ruling in 2018 in favor of 25 children in Colombia who sued the Colombian Government for failing to prevent deforestation and therefore not taking actions against climate change.[22]

In Urgenda case, the Dutch Supreme Court invoked the government’s human rights obligations. In order for these to be fulfilled, the court orientated itself on a proposed common ground, which is the targeted reduction of greenhouse gases.[23] This ruling in particular is seen as very successful due to its transferability to other European countries and has already given rise to similar climate lawsuits.[24]

In the Demanda Generaciones Futuras case, the Colombian Supreme Court ordered the government to develop a plan for environmental protection of the Amazon, and at the same time declared the Amazon as an entity with own rights to be protected from destruction. Despite this important ruling, the government has not been able to adequately protect the Amazon.[25] This is not due to the ruling of the Colombian Supreme Court itself, which aimed for comprehensive protection, but solely to the lack of initiatives and measures adopted by the political leaders. Indeed, the approach of using the ‘Rights of Nature’ to protect nature is problematic in this respect, as nature is dependent on human representation. This can work well, as in New Zealand, where the Whanganui River[26] is represented by indigenous people. In contrast, the consideration of granting rights to the Great Barrier Reef remains a concern due to a lack of representation.[27]

The cases above show that courts can be an effective way to combat climate change.

In the context of behavioral effectiveness, the courts are moderately successful, as these decisions cannot directly influence people and their behavior, but they can indirectly influence people’s behavior by stimulating social debate and media attention.[28] In addition, courts can exert direct influence on legislators through their rulings.[29] This is also done while preserving the separation of powers, since despite judicial lawmaking, courts do not become politically active. Thus, the judiciary’s role to solve problems remains complicated. This is due to the fact that the separation of powers and the role of the courts require both political and social components in order to effectively implement a decision.[30] Courts cannot fight climate change on their own, but they can positively promote it.

[11] Friends of the Irish Environment CLG v The Government of Ireland, Ireland and the Attorney General (2019) IEHC 747.

[13] Friends of the Irish Environment CLG v The Government of Ireland, Ireland and the Attorney General (2019) IEHC 747.