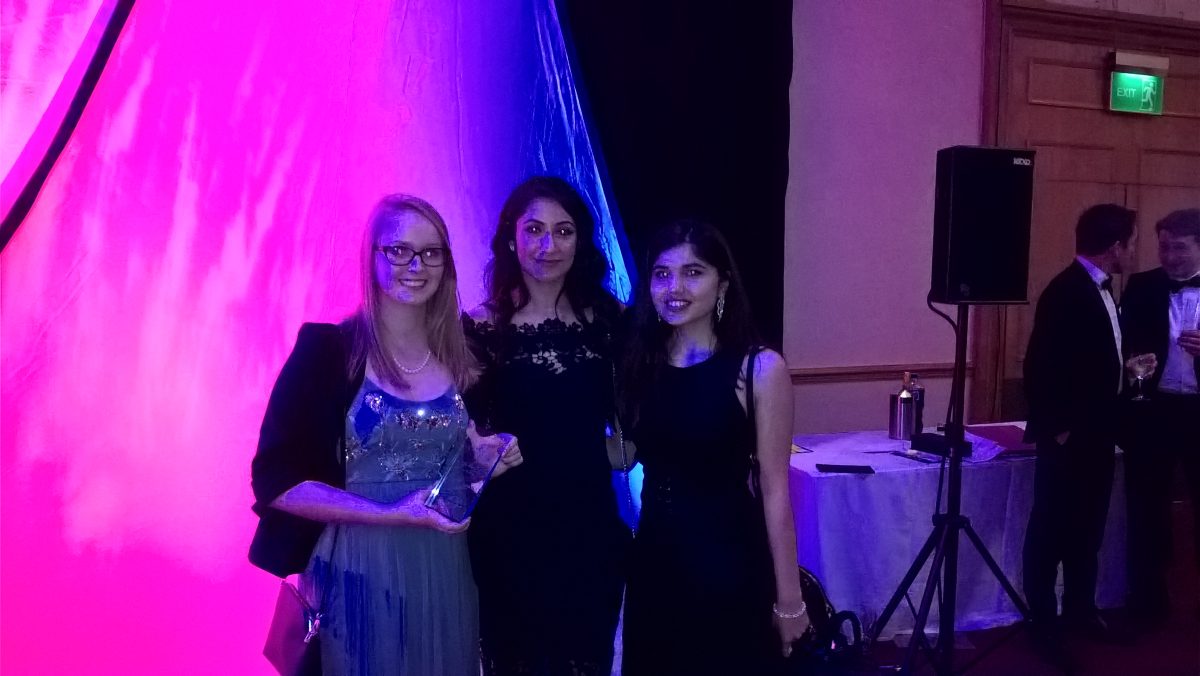 Bristol Law School had great successes at the annual Bristol Law Society Awards with a UWE student winning Student of the Year and the LiP Service team winning Team of the Year.

The LiP Service team which is part of the Pro-bono unit at the Bristol Law School won Team of the Year the awards.

The LiP Service team was founded after Lawyers from Bristol University, University of Law and UWE Bristol realised they were replicating work by all chasing the same aim. The LiP Service tries to explain the loss of Legal Aid and general access to justice; which has led to many people not understanding the legal justice process and reluctant to access it alone. The service assists litigants in person with orientation around the Bristol Civil Justice Centre and with information about how to conduct their cases.

The District Judge, Stephanie Cope, who supports the project is a UWE alumnus and involves the local Judiciary and Ministry of Justice staff in supporting the project.

The collaboration between Bristol Law School staff and students, and those from Bristol University and the University of Law is a shining example of a collaborative network between educational institutions, voluntary organisations and the Law Centres in Bristol.

Additionally, the Lawyer of Year award went to Bristol Law School alumnus Samantha Castle who studied her LPC at UWE Bristol in 2004.

Congratulations to all who won and were nominated at the awards!