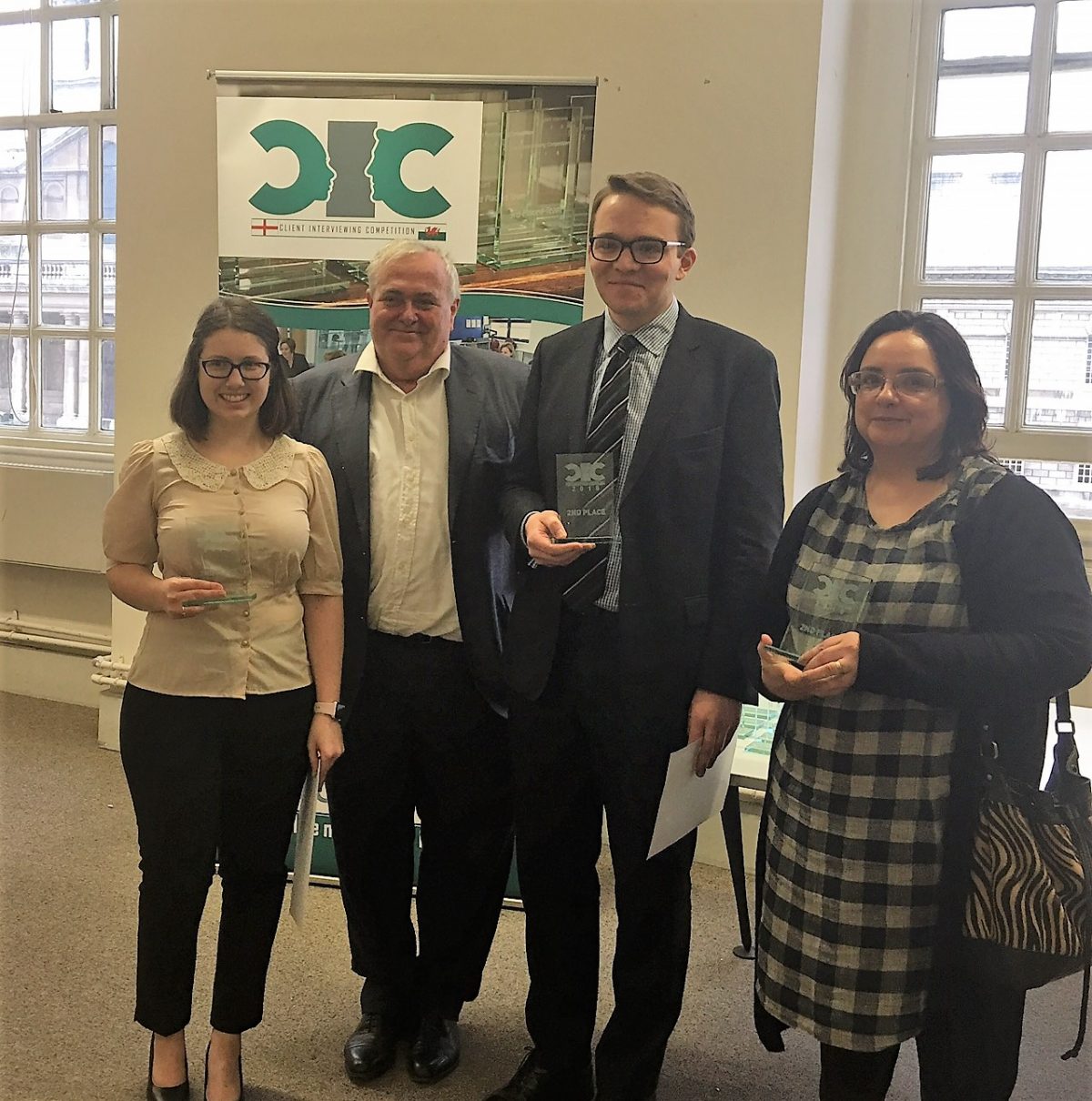 The Client Interviewing Competition is a competition for Law students, who in pairs interview and advise a client on an unknown legal problem.

This year 39 teams throughout the country entered the competition. In February, UWE Bristol welcomed 12 different Universities to the regional heat. UWE was one of the three teams who progressed from the South West, to participate in the final,  which was held at Greenwich University on Saturday 10th March.

The Bristol Law School (BLS) team, consisting of Josie Hebestreit (LPC) and Adam Hobson (GDL) performed brilliantly in the national finals. At the end of a hard fought competition they were placed second nationally, second only to Oxford Brookes and ahead of the University of Law (Moorgate), who were placed third.

The day consisted of conducting three different interviews with the marks from each interview being collated to award first, second and third place.

Josie and Adam were presented with the runner up trophy by Allan Murray-Jones, Chair of the Law Society Education and Training Committee.

To be placed second from 39 different universities is a brilliant achievement for Adam and Josie. Client interviewing is a skill that is incredibly important both to employers and clients.