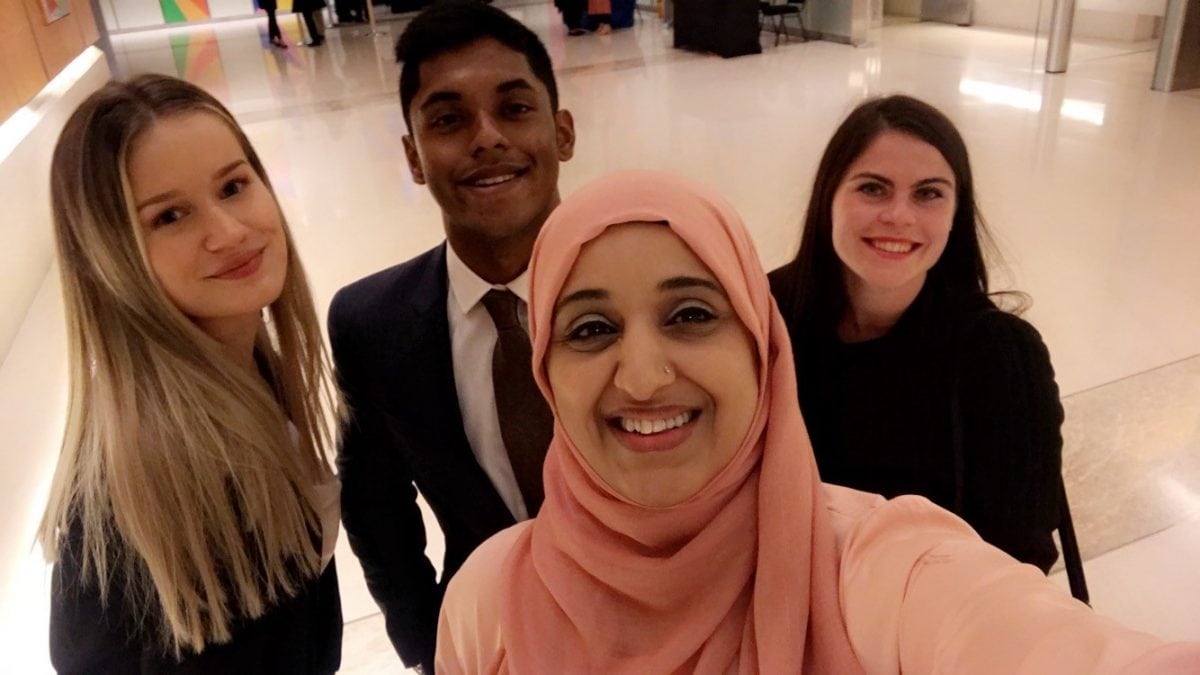 On 28th September a diverse group of law students from Level 1 to LLM responded to the opportunity to attend an annual Eid on the Wharf party hosted by Clifford Chance and the Association of Muslim Lawyers (AML).

“Having only been studying at UWE for two weeks, this was our first law networking event. We were awestruck walking into the imposing thirty floor skyscraper at Canary Wharf that houses Clifford Chance. Once we arrived at the venue, we were greeted by fellow UWE students, ranging from second year LLB to LLM students.

The opportunity to network with 250+ city professionals, who were very impressive leaders in their field, gave us an invaluable insight into what a legal career in law entails.

The highlight of our evening was interacting with Halim Uddin, an associate at Clifford Chance. Uddin was down-to-earth and friendly, willing to answer all the questions we had on the work required to become an elite lawyer.

In addition to the networking, the Eid party exposed us to a number of Islamic speakers and entertainers.  We felt humbled listening to an address by Mohammed Kozbar, chairman of the Finsbury Park Mosque, who recently received the Queens Award for Voluntary Services.  Also on top of the list of entertainment was the engaging and often funny speech by Lauren Booth, referred to as one of the most ‘fascinating Muslim Personalities of our time’.

As Law is often portrayed as an exclusive profession, it was refreshing to network with a diverse team of lawyers from a wide range of backgrounds. Thanks to our lecturer Kathy Brown, who believed in us; we have obtained a drive to excel, to work harder and pave the way to becoming the very best of who we are. Now, the idea of working for one of the ‘Magic Circle’ firms, seem slightly less daunting.”

In accordance with the inclusive nature of the activity, travel was funded for the students by the Bristol Law School.