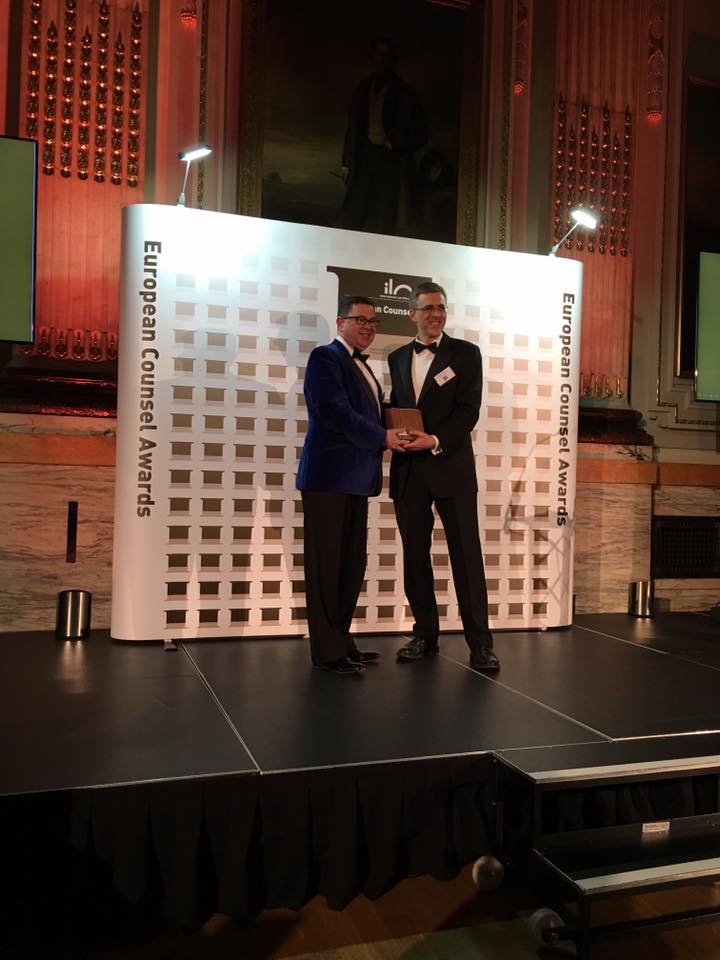 In March 2nd, Tim Hailes was awarded European Regulatory Counsel of the Year 2017 in the financial services category at the European Counsel Awards 2017.

Tim studied his CPE at UWE Bristol, as well as completing his Law Society Finals here.

The awards celebrate the achievements of in-house counsel recognised by their peers as excelling in their chosen fields.

To identify the winners, the research team conducted in-depth analysis of in-house lawyers and legal departments worldwide, receiving more than 4,000 nominations globally. Respondents were asked to focus on criteria such as effective communication, legal understanding, commercial awareness, depth and strength of team and management skills

Tim was chosen for the award as a result of his work in the Financial Services Sector at J.P. Morgan where he has worked since 1999. He is currently co-head of the Global Equities & Global Regulatory Reform Practice Groups of the Corporate and Investment Bank Legal Department and senior lawyer in the EMEA region for regulatory modernisation.

Tim is also an Alderman of the City of London and also a Magistrate.