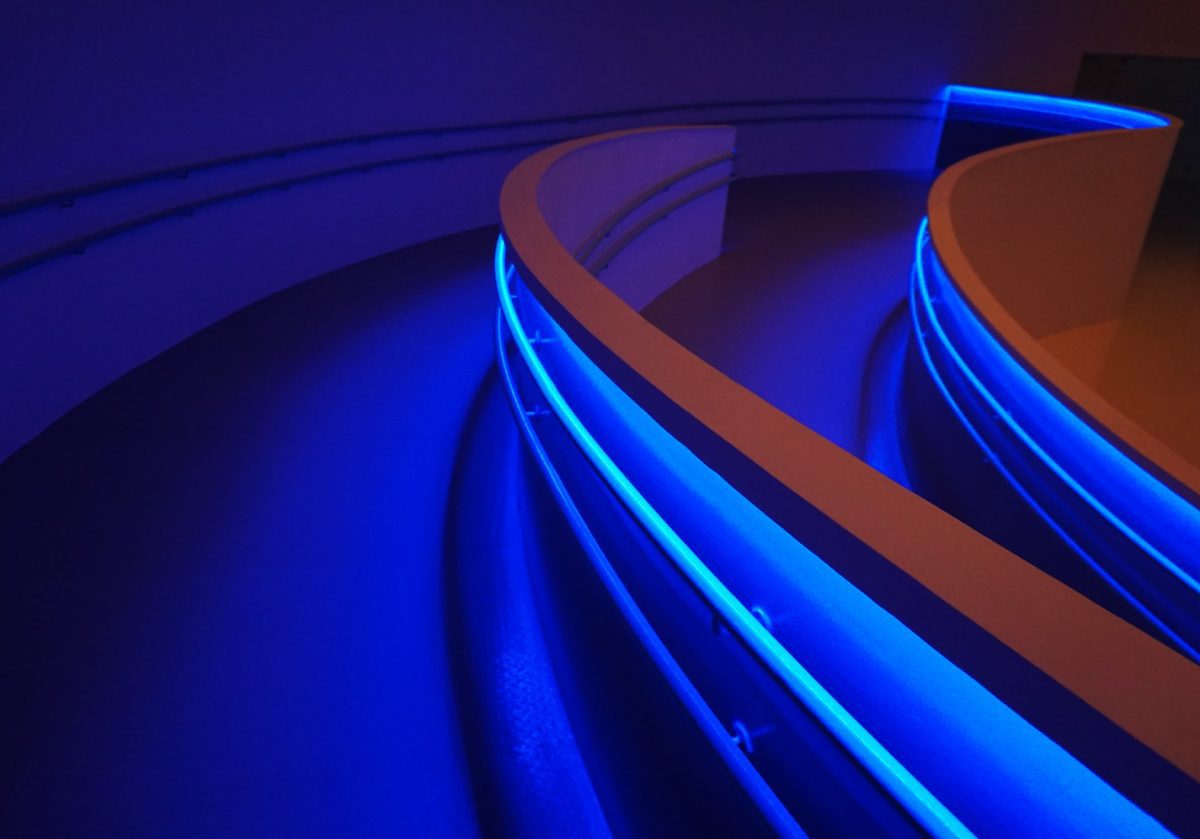 Dr Chen Chen’s recently completed PhD studies hyperreality at cultural attractions. While there has been a focus on the impact of digital productions and their benefits to the tourism industry, there has been very little research into what types of technologies can provide visitors with the most immersive experience. Dr Chen’s study addresses this issue from the perspective of visitors themselves.

Several researchers have suggested that tourism works as fantasies and dreams, Thus, the concept of hyperreality is tailor-made for tourism destination developments. The essence of hyperreality is the state of ‘more real than real’. In the context of tourism, the representation of the spectacle in question has blurred the line between reality and illusion, convincing the audience to believe ‘it is real’ even though they know their surrounding environments are simulated.

Dr Chen’s research examined three phases of the visitor experience: before, during, and after. Objectives included the identification of the role of hyperreal representation and of emerging technologies, and the investigation of visitor perceptions and immersive experience at hyperreal attractions.

Four attractions in three different countries were selected for the research with Dr Cen spending up to two weeks at each case study site. The observation stage of the research included two phases: observing as a visitor (an insider) and observing as a researcher (an outsider). The first stage allowed Dr Chen to get a sense of the atmosphere and surrounding environment at the attraction. This was achieved by creating onsite paintings and quick sketches to capture first impressions and emotions that words could not express.

The second stage involved producing observation checklists including the representation, themes, and visitor behaviours at each attraction. The observation stage was followed by semi-structured interviews with managers/producers and visitors.

Regarding the Dreams of Dali VR and Brunel’s SS Great Britain, two themes – technology and sensations – emerged. Both organizations develop hyperreal productions to attract visitors, raise brand awareness, and provide visitors with an immersive experience. The Dreams of Dali applies VR with headsets to allow its audience to fully immerse themselves in a 3D world, such as flying to the top of the tower, meeting Alice Cooper, or interacting with the ringing lobster telephone. The SS Great Britain uses the form of living museum to bring history alive by combining AR, reconstructed Victorian style furniture, and manikins in physical environments. Unlike other attractions, the organization has produced simulated olfactory to enhance the visitors’ authentic feelings. One unexpected result emerged from the visitor’s aspect: similar to previous studies, the Dali museum considers digital productions as the core driving force to motivate their audience to visit the attraction. However, the findings from the visitor perspective are the reverse.

Most of the visitors had bee exposed to similar digital experiences before and were familiar with such digital applications. However, most of them were not aware of the existence of hyperreal productions before their visit to the attraction. The experience exceeded their expectations.

The research revealed that the relationship between the visitors’ immersive experience and multiple sensations is a process. Visual effects play a crucial role in the early stage of the level of immersion. The well-produced representation sets up the atmosphere and themes, allowing visitors to get familiar with their surrounding environments. Simultaneously, the simulated sound effects enhance the interpretation that leads visitors to step into the hyperreal world. Olfactory enhances visitors’ authentic feelings of the moment, convincing them to believe they are inside an illusion, which allows them to better understand the interpretation of the attraction. It further triggers their intentions to interact with the surrounding environments and people on-site as part of the scene. In addition, the tactile refers to visitors’ interactions with their surrounding environments and others that make them ‘be there’. The research confirmed that visitors complete the last step of a fully immersive experience through their creativity and subjectivity. In the last step, they have become the co-creators of ‘travels in hyperreality’.

However, the findings from the Dreams of Dali in VR revealed that emerging technologies could not provide visitors with a fully immersive experience. Technical issues and time restrictions have cut off feelings of immersion in the interaction stage, failing to let them become co-creators in the last step by using their subjectivity.

In summary, hyperreality in tourism is constructed by both organizations and visitors. Visitors are the sole creators of the hyperreal experience, and their understanding of the narratives add the final link to the last step of a fully immersive experience. In the figure, the external factor refers to the organizations’ contributions to the hyperreal productions. The interactions work as a bridge to link visitors with digital productions. They become the co-creators of ‘travels in hyperreality’ through interactions with their surrounding environments and others on-site, and by combining their subjectivity and imagination.