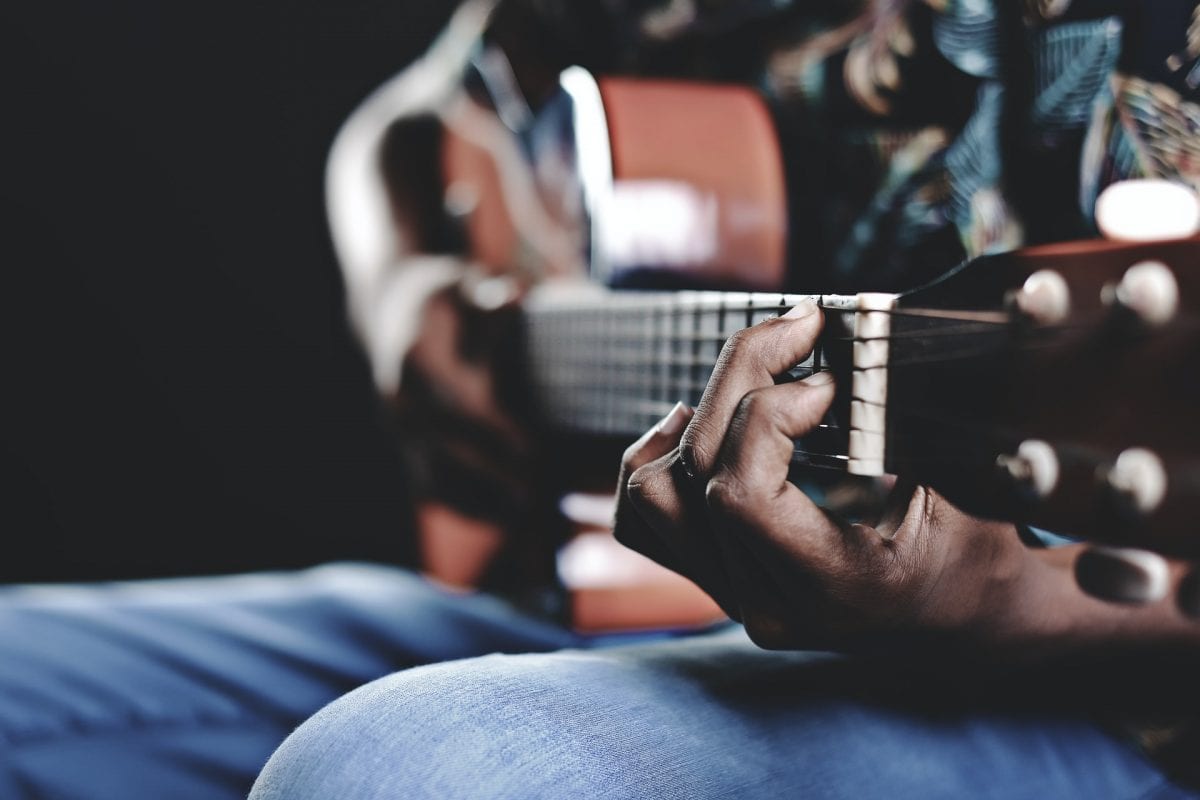 Professor Tim Hughes’s experience of playing and performing blues music got him thinking about how an individual’s happiness or subjective well-being is often co-created with many other people. Given a long-term interest in co-creation of value Tim, together with Associate Professor Mario Vafeas, have recently been examining co-creation of happiness as an area that is not covered in the existing marketing literature.

In a recently published article in Marketing Theory, Hughes and Vafeas discuss co-creation in a musical context. The sound coming from an instrument depends on the quality and set-up of the instrument and the skills and feel of the player (co-creation with instrument suppliers and technicians). Learning an instrument is often facilitated by regular lessons (co-creation with tutors or video material on the internet). In performance, a feeling of happiness is co-created with the audience and experienced in applause and feedback. Music clubs are typically social events involving connecting with other people relating strongly to co-creation of well-being.

From face-to-face to digital

Then came the 2020 pandemic, resulting in sustained lock-downs, limiting face-to- face interactions and leading to an unprecedent change in the behaviour of much of the population with the widespread use of digital platforms, such as Zoom, for interacting with each other. This prompted Hughes and Vafeas together with Dr Ed Little to conduct a research study aimed at exploring individual’s co-creation using digital platforms for work and leisure interactions in relation to these individual’s perceptions of their own happiness/well -being during lockdown periods. The research which has not yet been submitted for publication, involved two stages, initial interviews to explore respondents’ views which then informed the development of an online questionnaire for the second stage of research. The survey in the second stage resulted in 178 useable responses.

The most important finding is that respondents who used digital platforms gave significantly higher wellbeing scores than those who did not. This finding applied both in terms of relatedness, that is the individual’s sense of connection people have with others and in terms of eudonic wellbeing, that is their evaluation of their self -actualisation and functioning. Human relationships are highly important to human happiness but the pandemic lockdown severely limited the ability for people to meet up with others in the traditional face-to-face manner that they have been able to for most of their adult life-times. The use of digital platforms went some way to make up for this. Comments on the role of digital platforms related particularly to the connection to family and friends and the ability to maintain some social activities. Despite this, interaction through digital platforms was rated significantly lower than face-to-face interaction for both work and social meetings. While digital platforms were effective for getting things done, they were seen as lacking the emotional connection with other participants of face-to-face.

What about the future?

A consideration of the role of co-creation in human happiness poses important questions for social policy in the light of the social challenge of loneliness and exclusion amongst aging populations. A better understanding of the role that digital platforms have in supporting the co-creation of happiness has potentially significant implications for the future. On a personal note. Tim Hughes continued to perform to virtual audiences on Zoom throughout the pandemic lockdowns, taking part in sessions that involved both local, national and international participants. Tim feels that this opportunity greatly helped in maintaining his sense of well-being over the period and indeed led him to connect with other performers who he would never have met face-to-face.